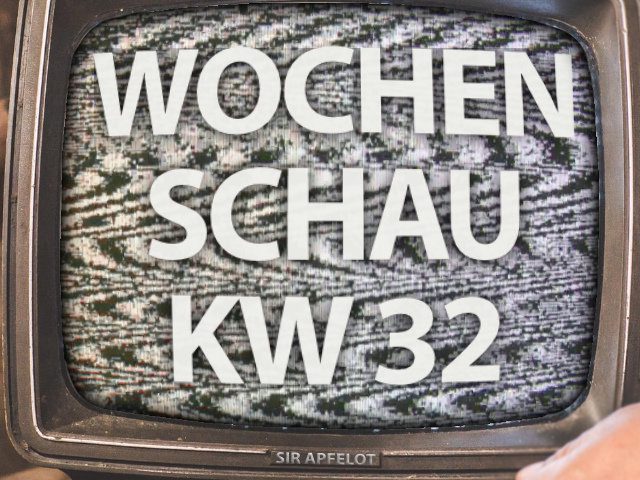 Welcome to the Sir Apfelot Wochenschau in calendar week 32 of 2020. Here and today you will again be presented with the Apple and tech news that I have particularly noticed over the past few days. This time the contribution is very Apple-heavy again. But there are also a few messages on other topics. Among other things, you can read up on these topics below: Google Translate now with user accounts, Fact Check for WhatsApp rolled out regionally, Trump is taking action against ByteDance and Tencent, third-party roles for the Mac Pro 2019, China could become a separate Apple market , PlayStation 5 prices and accessories leaked, and more.

Included in the Sir Apfelot weekly news for calendar week 32 in 2020: This week included: Fact Check for WhatsApp, Trump against ByteDance and Tencent, China as the exclusive Apple market, prices for PlayStation 5 and accessories, and more.

For example at PocketPC this week readthat Google Play Music will be "finally retired" in December. Referring to an official Post The YouTube blog also states that the “YouTube Music” service will replace the previous Google offer. That makes perfect sense, since YouTube has been part of Google since 2006 and also offers an extensive range of music (along with music videos on the platform). For users of Google Play Music there is the possibility of transferring the previous data to the new offer - this can be done here: https://music.youtube.com/transfer. Google Play Music will be retired at the end of 2020.

And another change in a Google app: like app dangers reported, there is the Google translator "now with registration and synchronization". One can only speculate whether this will be of interest to iPhone users when Apple's own translation service comes with iOS 14 in the fall. According to the linked source, the Google alternative offers more languages. With the update of the app to version 6.11, you can now log in with your Google account and synchronize the settings on the connected devices. The good thing about it, I think, is that signing up is optional. Because what do you really need that for? : D

Here in Germany there is unfortunately no fact check for forwarded WhatsApp messages. But it does exist for the USA, Brazil, Ireland, Great Britain, Mexico and Spain Sea MacRumors do. The fact check for WhatsApp is intended to ensure that fake news is better recognized. So if you get a message with an absurd claim or a chain letter with unrealistic "news", you can check it with the new feature. There is currently a lot of nonsense going around with regard to the corona virus. But there is also one and the other news on the subject of 5G mobile communications. I already had one of them last year disassembled in this post.

Like T-Online berichtet, the hackers from Anonymous put the Christian fundamentalist OCG sect around Ivo Sasek under the microscope. Internal documents were uncovered that Anonymous leaked to the T-Online editorial team. This has probably resulted in a list that has been kept since 2015, on which primary schools and kindergartens are noted. In addition, there should be a list or a section on the same list, on which persons of public life are noted who attribute the sect in individual points. In addition to the names, the document called "V-Lexikon" also contains (private) addresses and contact details. The database created in this way is also intended to serve as a distributor to disseminate information.

Like the Reuters news agency this morning berichtete, the US President Trump is taking an order against the Chinese software companies ByteDance and Tencent. The order comes into effect in 45 days and prohibits transactions with both companies. ByteDance is the company that offers the popular (especially among younger users) app "TikTok". Tencent offers the “WeChat” app, which is particularly important for Chinese users outside of China (chat, mobile payment, social media, etc. in one), but can also be used in English and German, among other things. At Wikipedia is it [called: "WeChat forwards almost all data to the Chinese authorities".

Meanwhile iFun has one Entry to OWC Rover Pro, third party roles for the current Mac Pro model from Apple. If you buy the computer with castors instead of feet or if you want to retrofit them, then you have to dig into your pockets at Apple. If you really want to pay 849 euros, you can certainly do that in the Apple Shop. For everyone else there is the option of the substitute OWC Rover Pro for "only" $ 199 auf dieser seite to pre-order. The installation of the rollers works by screwing them with two parts (one above, one below) over the feet. So you don't have to remove the feet and you keep the guarantee. This also applies to you, by the way, if you a roller board for less than 15 euros uses ;)

Let's stay with iFun and Apple products. Because one Post on the side after there are currently wild rumors about the upcoming devices from Cupertino and their release. The schedule shown, the sources of which you can find in the linked post, looks like this:

There was a large-scale tech cartel hearing in the US, including Macerkopf noted. During this hearing, Tim Cook, Apple's CEO, also spoke about his company's purchasing strategy. He also gave an interview to CNBC. The information shows that Apple does not buy companies to get rid of potential competitors, but to solve problems with their own developments. So if a smaller company has a certain technology or is familiar with a certain area in which Apple is weak, then purchases are made. According to their own statements, this happens every two to three weeks.

Phil Schiller is certainly known to all those who follow Apple's keynotes. The long-time head of product marketing is now stepping down and becoming a so-called "Apple Fellow". He thus takes on an advisory role and continues to report directly to the managing director Tim Cook. Greg "Joz" Joswiak will take over his previous job, who has already gained experience in this area as a manager for several years. Phil Schiller, like Apple in the detailed press release started at Apple in 1987.

Delimitation of the markets: China should have its own supply chain

As with the penultimate paragraph is the also here the Macer head. On the Apple specialist side it is said that the technology giant is rumored to want to build an exclusive Chinese supply chain for the local market. The individual parts for Mac, iPhone, iPad and Co. are currently sourced from different countries and also assembled in different locations. Referring to the Taiwanese trade magazine Digitimes (here.) it is said that some suppliers from Taiwan were recently taken over by Chinese companies. This is said to have given Apple the idea of ​​building an inner-Chinese ecosystem. That could also have to do with the requirements and restrictions that device manufacturers in China are facing.

Finally, let's take a look at the video game market again. Because a lot is already known about the PlayStation 5 from Sony; the exact price as well as the prices for the announced accessories are not yet set in stone. Unless you believe a leak that the French supermarket chain Carrefour has accidentally made in its online shop. Like a network world in one Entry shows, not only was the PS5 presented there at a euro price, but also the accessories offered by Sony. According to the screenshot from the French site Phonandroid (here.) the pricing looks like this:

What do you think? Feel free to leave a comment;)