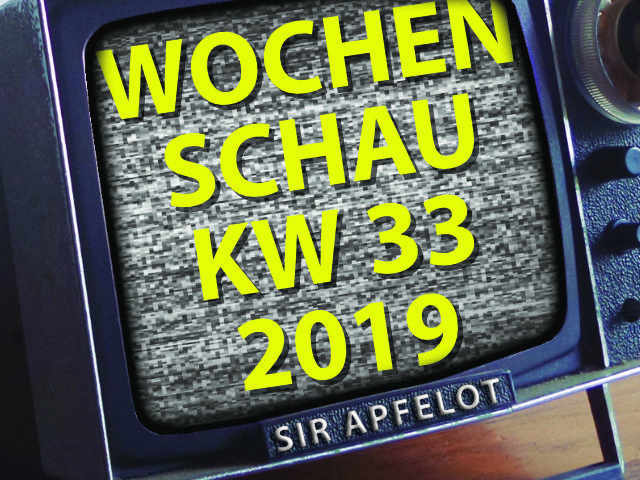 Oh what, Friday again? Well then you will get the next Sir Apfelot newsreel with this blog entry. This time it's about the Apple and tech news that caught my eye in calendar week 33 of 2019. This week's features include: Telegram update, US Navy, vacation photos as hostages, Day Zero and water, Deliveroo in Germany, another tumblr sale, MacBook models on the plane and more. And here are a few more affiliate tips for financing the blog: Gaming sale at Cyberport / DJI Osmo Mobile 3 gimbal. 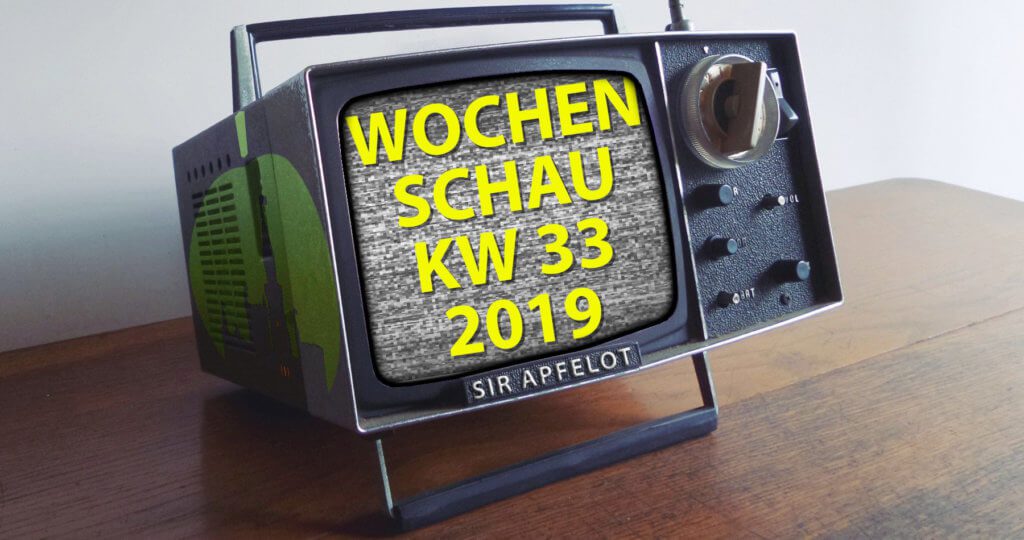 Messenger Telegram has received a function update on iOS. For example, you can now switch the messaging service on the Apple iPhone to dark mode, i.e. display the user interface dark. Messages can now also be sent in such a way that the recipient does not hear a warning tone, which is useful at bedtime. The "slow mode" limits the frequency in which group members can send messages in group chats, which prevents spam. In addition, there is the individual color adjustment of the dark mode, titles for group admins, settings for loop stickers and more. Details have 9to5Mac (English) and Mobile Geeks (German) listed.

US Navy goes back from touchscreen to buttons and levers

Touchscreens are great on many devices for making changing user interfaces, different content and different platforms usable without too many different buttons and keys. At the same time, they serve as input and output devices. But what is practical and space-saving in private everyday life can be dangerous in some work environments. "This is how you lead [...] Among other things, one of the worst ship accidents in the US Navy is due to the fact that touchscreens have replaced the usual switches and controls on the bridges of numerous destroyers“, Writes about WinFuture at this point. In the article you will find details on the decision of the US Navy to use the conventional control and operating elements again on the bridges of the ships. There are also comparative images of the technologies.

Also at WinFuture (here ) I became aware of new levels of ransomware. The malware that encrypts device memory to extort money is now also available for DSLR cameras. So anyone who uses a digital SLR camera could theoretically get blackmail software on it. Theoretically! Because, as shown right at the beginning of the linked article, current reports are only "proof of concept" attempts that show that there is a possibility of infection. Real cases are not known. Important for users of Canon and Co .: always update the firmware! Information and precautionary tips about ransomware on the computer you can find here.

Water is becoming scarce - 17 countries are threatened by “Day Zero”

“Day Zero” describes the point in time at which a city is no longer able to supply its residents with water. Accordingly, the municipal water supply would be switched off at this point in time. This is described in the Wikipedia article on Water crisis in Cape Town. Like the specialist magazine Scinexx shows, cities in 17 countries around the world are currently facing “Day Zero”. Daily consumption would mean a consumption of 80% of the local groundwater for around a quarter of the world population, it is said. If there are also droughts and heat waves, there is a threat of massive water shortages. The water risk atlas of the World Resources Institute (WRI) also shows European countries in the following places after the 17 most affected countries.

Deliveroo has said goodbye to the German market, berichtet including the Tagesschau. The merger of the competitors Lieferando and Lieferheld is named as the reason for the abandonment of the local delivery business for meals. The London-based company is still active in 13 other countries after leaving Germany. Some of the drivers affected, who are now unemployed due to the withdrawal from Deliveroo, now want to get together in Berlin to set up their own delivery service run by the drivers themselves. The TAZ reports, among others here . Information on bicycle couriers as part of the "gig economy" you get with this post.

The platform tumblr, which offers blogging in a social media look, was sold to Yahoo in 2013 for 1,1 billion US dollars. At that time, great potential was seen in terms of increasing the user base and advertising revenue. Verizon also had hopes and took over Tumblr Inc., the operating company of tumblr, in 2017 for $ 4,5 billion. But a new buyer had been looking for since spring 2019 - in May, Pornhub, among others, had expressed its interest. Probably an advertising stunt that should take care of users because pornographic content has been banned on tumblr since 2018. With Automattic, the parent company of WordPress, a buyer has now been found. The purchase price should be under 20 million US dollars, i.e. around 0,3% of the platform's highest price at the time. This is reported by t3n here .

Last week it was in the Sir Apfelot newsreel for week 32 yes, it is about the evaluation of language assistance requests by people. Among other things, it became known that Alexa inquiries in home offices were evaluated. It is not surprising that now Facebook - always good for a data scandal - joins the ranks of providers whose user-side voice requests or voice messages have been overheard and typed up by people. Among other things, the Süddeutsche Zeitung pointed this out. App dangers too wrote about it and headlined: "Next, please".

Like Spiegel Online (here ) and the Süddeutsche Zeitung (here ) report, TUIfly no longer wants to see a certain MacBook model on its flights. It is specifically about Pro models with 15-inch displays that were sold between 2015 and 2017. With these MacBooks there should be the possibility that the battery catches fire. This coincides with a current Apple recall program concerning the MacBook Pro (Retina, 15 ″, mid-2015) (Official information page). As prohibition reports come from the AESA and the FAA, other airlines do not want to see the MacBook Pro either. However, it is difficult to check the year and model of the MacBook Pro, which is why airlines have to rely as much as possible on the honesty of their customers.

Exchange, repair, recall: This is how you can find all current Apple programs

Apple shows what Safaris Tracking Protection is all about

The specialist magazine iFun points out, howeverthat Apple is an interesting one about the WebKit Tracking Prevention Policy of the Safari browser Information document published. It not only defines what Apple calls online tracking. It also shows how Apple - sometimes rigorously - intends to take action against such measures. In addition, there are statements on “unintended effects” for users; z. B. that the media volume is not taken over, that login data are not retained or that "Like" buttons lose their function. The technology giant from Cupertino reserves the right to impose restrictions on measures on a website that act against Apple's anti-tracking.

If you have both English as your preferred language and handwriting recognition on your iPad  activated, you may have to accept some restrictions. That too describes iFun. Because swear words, curses and insults could be hidden when converting to the system font and replaced with underscores. With reference to a reddit user, "Fuck", "Shit" and Co. should be filtered. It is interesting that this is only the case when the script is transferred (for example in the notes); the words would continue to be considered in search queries. Important for users of German as the system language: the abuse protection does not seem to work here.