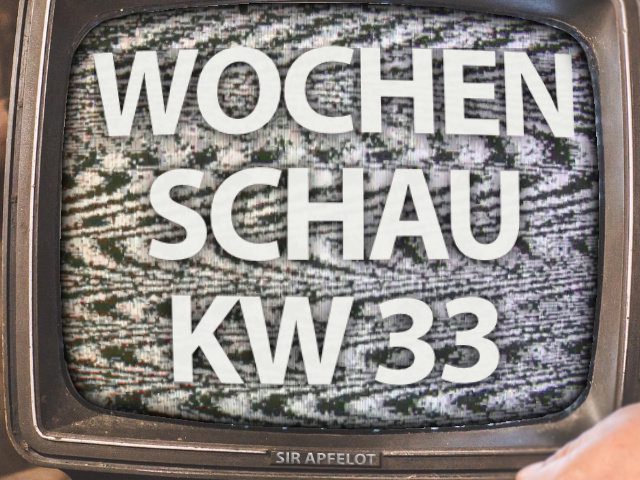 Sweat again today at work and then head into the weekend! For the well-informed slide into the same, there's the new Sir Apfelot newsreel. Here you get the Apple and tech news that caught my eye the most in week 33 of 2020. The topics discussed in more detail below include: over 1.000 km in an electric car, see-through TVs, higher prices on Netflix, new 27-inch iMac in teardown, iPhone sales in China at risk, large amounts of littering in the App Store and more. 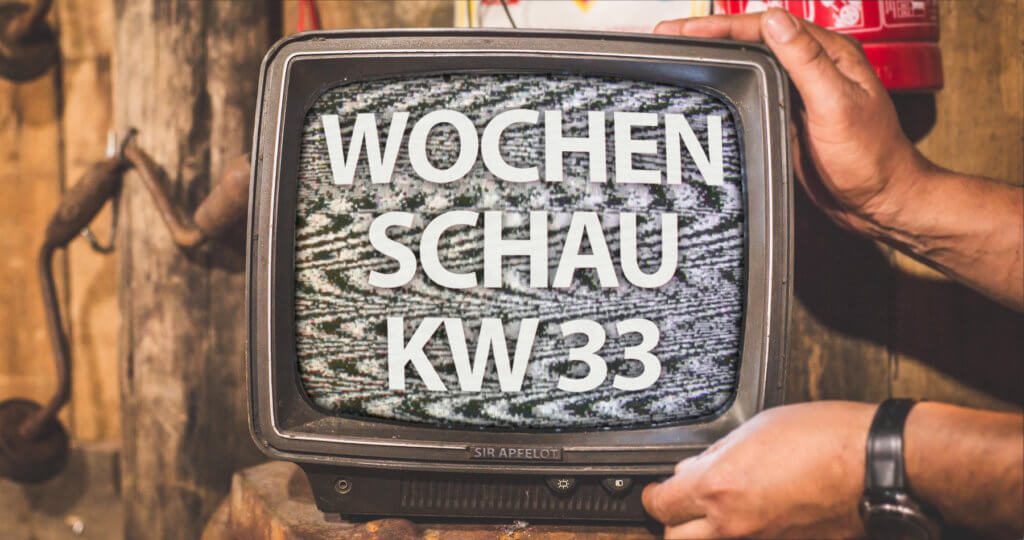 Not fast, but possible: over 1.000 km on one battery charge

E-mobility is a topic that will not only occupy us currently, but also sustainably. And just as various races, rallies and circumnavigations of the world were supposed to demonstrate the strengths of the means of transport in the early days of automobiles, there are also endurance tests today. Only on a smaller scale. So berichtet z. B. Golem of the fact that the manufacturer Hyundai tested three models at the Lausitzring in cooperation with AutoBild. At an average of 30 km / h and deactivated extra technology (radio, air conditioning, etc.), the three cars each managed over 1.000 km. The “race” lasted around 35 hours. Details can be found in the linked source.

The Chinese manufacturer Xiaomi, which tries to act as an innovator in the market, now has a new eye-catcher: the Mi TV Lux Transparent Edition. The Xiaomi Mi TV Lux in the Transparent Edition is a 55 inch TV with an OLED display and the ability to see through the screen. Nevertheless, it supports HDR in 120 Hz. Like Golem at this point reports, the device, the technology of which is built into the stand, is initially only available in China. At a price of the equivalent of over 6.000 euros, it is less something for normal private households than a luxury or promotional item. You could imagine it, for example, as a creative element in the shop window of shops, offices, etc.

Higher prices on Netflix: is the price increase coming to Germany?

Like WinFuture shows, there is currently a price increase in two of the three subscription models of the streaming provider Netflix in Austria. The 7,99 euros for the SD subscription will therefore remain. However, the prices for the HD and UHD tariffs increase from 11,99 euros and 15,99 euros to 12,99 euros and 17,99 euros. It is not entirely clear whether this price increase will soon affect German users as well. It is possible that it will come into force in January 2021, because then the reduced VAT will be raised again to the standard value in this country.

Like app dangers sets out, there are now new functions for Dropbox users. The password manager, which can be used to store web passwords for social media, shops, forums, payment services, etc., is only available for subscription customers. However, the computer backup, with which the data from important folders on the hard drive can be kept updated, should also be available to users of the free offer. For example, changes for businesses using Dropbox include branding shared folders. For example, press material can be published via Dropbox, but presented with your own logo.

Apple recently presented a revised iMac with more power and a permanently installed SSD hard drive as the only type of storage. Detailed information on the new equipment as well as my opinion on the updated desktop computer from Apple can be found with this link. When it comes to app risks, however, I have other interesting ones insight found, namely videos of unboxing and a teardown carried out by OWC. So if you ever want to take a look at the new iMac - without spending huge sums of money, just click here or watch the embedded video below:

Analyst Kuo: iPhone sales could fall as much as 30% if WeChat isn't available

As already shown last week, the US President Donald Trump has taken an order against the Chinese software companies ByteDance and Tencent. While many media refer to the popular "TikTok" app from ByteDance, the Tencent case is also important for analysts. The company offers the “WeChat” app, which is important in China and for Chinese living outside of China. If this is no longer offered through the App Store for Apple devices because it is banned in the US, iPhone sales in China could fall by up to 30%. This is reported by MacRumors, among others here with reference to the analyst Ming-Chi Kuo.

Apple should find a solution for unlocking iPhone by mask wearers

Meanwhile, heise online mentions that the city of New York is pushing for Apple to find a Face ID solution for people who wear a protective mask or a mouth and nose cover. You can find the post with this link. Anyone who has ever tried to unlock their iPhone via Face ID with the mask on their face knows that this is almost impossible. However, users should also show a little initiative and maybe enter their unlock code or take their credit card with them to pay, I think. This can also apply to the ticket and payment systems in New York's local transport.

Apple messes up: gaming packages from Microsoft, Google and Facebook are removed

While Apple is demanding better unlocking, the company wants apps to be more transparent and more insightful. Because like Chip shows, the gaming apps from Google, Microsoft and Facebook are flying out of the official App Store. According to official information, the Microsoft Game Pass, Google Stadia and the Facebook Gaming App should disappear from the Apple App Store because Apple could not have checked all the games included in the game subscriptions. But there is also likely to be a strengthening of your own game subscription Apple Arcade behind.

Finally, let's stick with video games. Because next to the Sony PlayStation 5 is currently also the Xbox Series X eagerly awaited by fans. Rumor has it that, in addition to the X version, there will also be a budget model, the S version. These rumors seem to be confirmed at the moment, at least according to a recent one Entry from all-round PC. This lists photo leaks of the new Xbox controller, the packaging of which not only certifies compatibility with the Xbox Series X, but also with an S model. That could be solid evidence that there will be two versions of the new Microsoft console. Or at least an indication that it is / was being planned: D