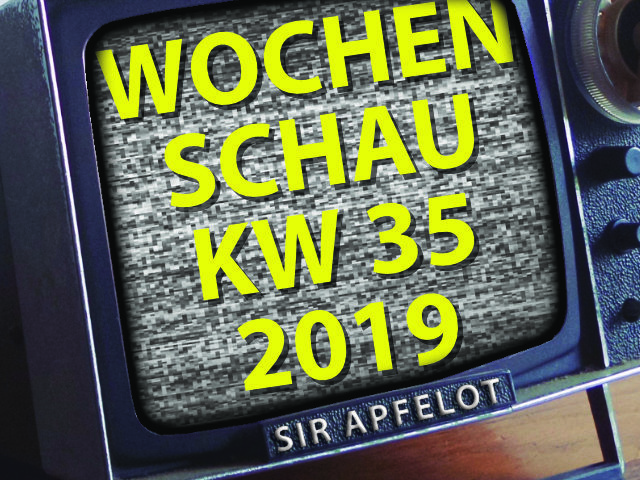 It is the last Friday in August, the Apple Special Event with new iPhones and operating systems is getting closer - and before that, there are state elections in Brandenburg and Saxony on this Sunday. But that's not what this is about, it's about the Apple and tech news that caught my eye in calendar week 35 of 2019. Because: it's time again for a Sir Apfelot newsreel! This time, the following topics are included: Fairphone 3, Microsoft with a new cloud, Siri analyzes at Apple, Mario Kart Tour for iOS and Android and others. 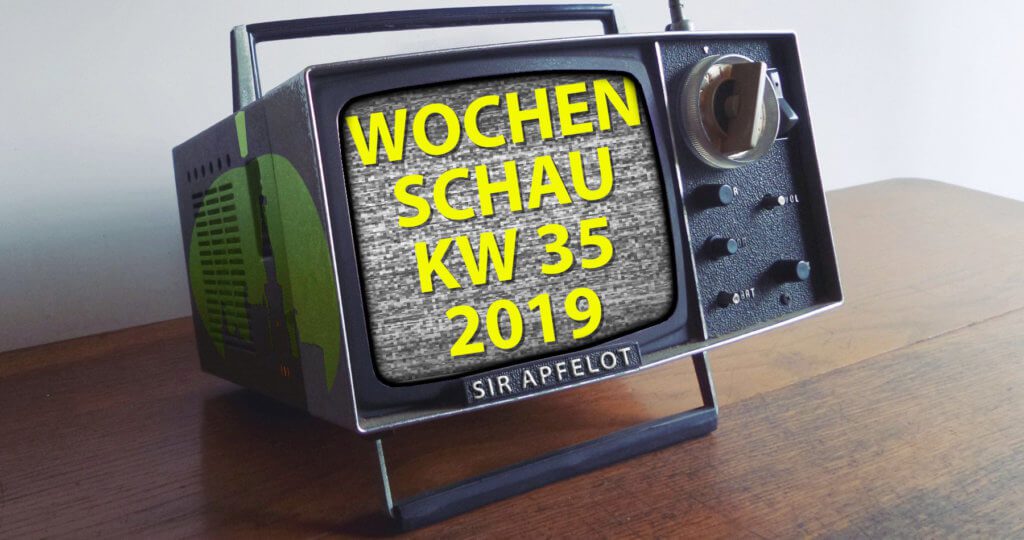 The Sir Apfelot newsreel for calendar week 35 in 2019 is about Siri, Mario Kart, Netflix and Fairphone, among other things.

Since 2013, the company Fairphone BV from the Netherlands has been offering smartphones whose raw materials are supposed to be obtained fairly and whose individual parts are supposed to be fairly manufactured. The final production of the cell phones should also be fairer than that of other manufacturers. There are also disposal, recycling and the like. After the Fairphone 2016 was presented in 2, the Fairphone 27 was launched on August 2019, 3. Like its predecessors, it has a modular structure, can easily be taken apart and repaired by users themselves (iFixit scale on the Fairphone 2: 10 out of 10). Hands-on articles and tests are available from heise (here ) and Spiegel Online (here ).

Microsoft has put new cloud data center regions into operation in Germany, berichtet WinFuture. This is the company's second attempt to make a German-based storage cloud appealing to B2B customers. On the first attempt, complete server services were marketed; now the focus is on local data storage with global accessibility. The corresponding service is called "Microsoft Azure". Further information and details can be found in the linked source.

Netflix hasn't always been a streaming provider. What most (younger) users of the provider of films, series and documentaries probably do not know: the company started in 1997 as an online DVD rental company. Netflix is ​​still active as such in the USA and is currently celebrating a significant milestone: film data carriers have now been loaned out by post over 5 billion times. The portrays including GameStar. In addition to the history of the streaming giant, the report also mentions the Tweet from @dvdnetflix indicated with which the number was celebrated. By the way, the 5 billionth disc that has been loaned is the relatively new "Rocketman" flick.

Learned from Mistakes: Human Siri Analytics Must Be Consented

Like the Stuttgarter Zeitung, among others here reported, Apple has seen its mistake - allowing Siri recordings to be listened to and analyzed by human employees without being asked. The company is now relenting in matters of privacy, actually a hobbyhorse of Apple, and wants to ask users for permission for analyzes carried out by employees in the future. It is important to know that the recordings were anonymized in the previous procedure. So now there is also the clear approval; So overall the best way to improve voice assistance while maintaining privacy.

Independent workshops will soon be able to use original Apple parts

According to the Süddeutsche Zeitung, Apple is said to have announced that independent workshops and no longer just authorized partners will soon be able to benefit from original Apple parts for repairs. However, Apple does not want to do its device repairs quite openly. Because the technicians who are responsible for iPhone, Mac and Co. in the relevant workshop must have been certified by Apple beforehand. At least the relevant process is free. You can find all information in the article in the newspaper with this link.

After a release date that has meanwhile been postponed "indefinitely", Nintendo has now finally announced its mobile version of Mario Kart. The Fun Racer app should be available for iOS and Android from September 25, 2019. It's free but offers in-app purchases. You can find this and other information as well as first gameplay on the official website. Since you can get extensive information about the scope and mechanics of the game there, it is questionable whether there will be a demo of the game at the upcoming Apple Special Event. But maybe there are also games for Apple Arcade in focus, if the topic is taken up at all.