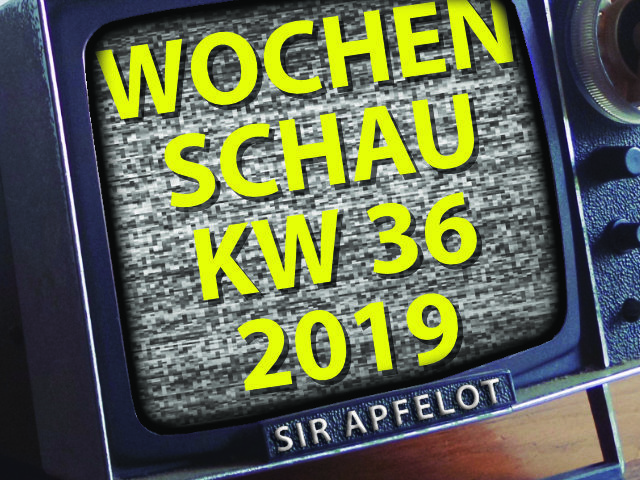 It's Friday again and again I have a pick-pack-full Sir Apfelot newsreel in store for you. This time I'll show you which Apple and tech news caught my eye in calendar week 36 of 2019. Topics such as these are included: class action lawsuit against Yahoo, Zao deep fake app, advertising for depressed people, new AVM devices, Apple Watch repair program, Apple special event on iPhone and Co. as well as other reports. Do you have another exciting addition? Then leave a comment! ;) 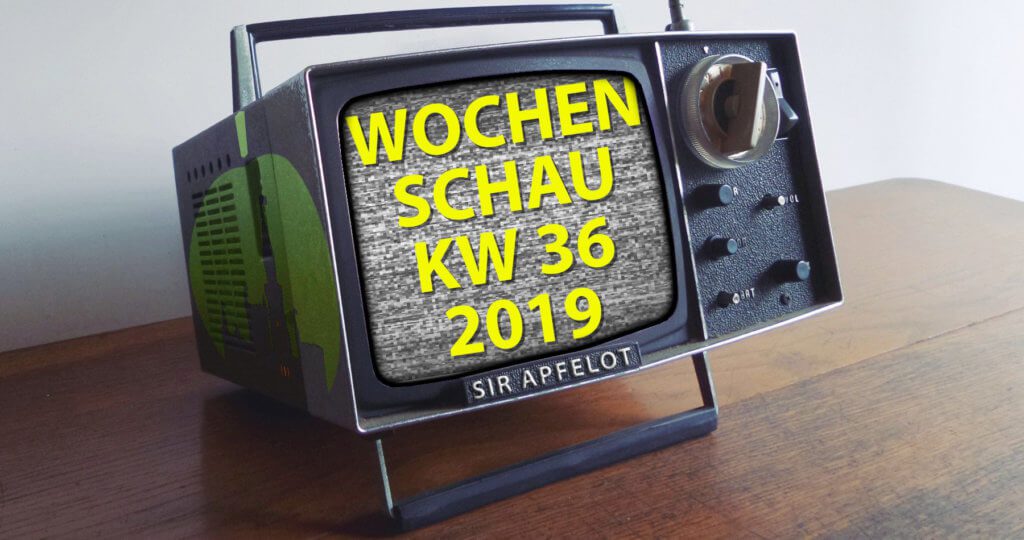 In a recent email, the web service provider Yahoo pointed out a class action lawsuit against them. The mail in English with the subject “Yahoo Security Breach Proposed Settlement” states that users from the USA and Israel who had a Yahoo account between 2012 and 2016 could make claims. In addition, the framework conditions for the legal settlement ("settlement") are shown and the plaintiffs' options are presented. They can still register for the class action until July 20, 2020. Individual lawsuits are possible until March 6, 2020. The hearings will start on April 2, 2020.

“Deep fake” or “deep fake” describes the display of deceptively real image or video forgeries, especially when people are shown who were never involved in the scenes shown. The AI-supported technology, which is based on deep learning, can now also be used extensively by private individuals. In China z. For example, the “Zao” app has recently become popular, including Spiegel Online berichtet. Aroused a stir Tweet from Allan Xiawho showed his face in numerous Leonardo DiCaprio scenes. However, as before, there was Faceapp, the problem that the developers ascribed the rights to use the images created with their app. The corresponding passage in the terms of use is said to have been removed in the meantime.

Sick or depressed? The main thing is the right advertising!

Like the Süddeutsche Zeitung (.) and t3n (.) report, many help and test sites pass on some of their users' data to other sites and companies. This finding goes back to an analysis by the UK organization PI, which examined 136 popular mental health websites in Germany, France and the UK. In over 97% of the cases, elements from third-party providers, such as advertising or social media components, were displayed on the pages. More than seven of the 44 German sites also transmit tracking cookies. After all, it would only be passed on that you were on the page and not which tests you did or which answers you clicked on there.

AVM, the company behind the FRITZ! Box, equips its range for the future. Like, among other things, t3n . shows, AVM presented some innovations at IFA 2019. Three new FRITZ! Box routers will soon be on the market. The models 5550 and 5530 are aimed at fiber optic users who want to benefit from the Wi-Fi 6 standard. The new FRITZ! Box 6660 Cable is also equipped with the new WLAN standard and designed for DOCSIS 3.1 cable connections. The 5 4G router, which is due to come onto the market in Q6850 5, is designed for 1G mobile communications and 2020G LTE. AVM also presented products for the smart home, mesh repeaters and an OS update.

With Android 10, Google has said goodbye to letters as a display for the generation of operating systems. Like GIGA shows, but there are also numerous other innovations that come with Android 10 on corresponding smartphones and tablets. It also shows which smartphones should get the new OS at all. First of all, of course, the owners of Google Pixel smartphones will be able to enjoy them. According to the list given in the source, these are Google Pixel, Pixel 2, Pixel 3, Pixel 3a and the respective XL versions. There are also the Essential Phone and the Xiaomi Redmi K20 Pro. Which iPhone models are compatible with the upcoming iOS 13, you read that here.

Apple logos and icons as SVG files at Wikipedia

Referring to tweets from @ DylanMcD8, Macerkopf has at this point showed that some official logos and icons from Apple are now available as SVG files on Wikipedia and Wikimedia. For example, the iOS 13 icon and the Apple logo are available in black and in the old rainbow version as "Scalable Vector Graphic". With the appropriate graphics programs, these can be enlarged as desired without any loss of quality and their colors or color gradients can be adjusted. The iOS 6 icon is also available in high resolution in the image collection, but only as a PNG and not as an SVG. You can find the Twitter thread on the topic ..

The iPhone ticker indicates a current repair program for the Apple Watch or its display . down. Referring to the official site of Apple shows that Series 2 and Series 3 models sold between 2016 to 2017 and 2017 to 2019, respectively, are affected. The display could break all around or in the corners. You can find out whether your Apple Watch with a 38 mm or 42 mm case is eligible for the program on the linked Apple page. There are also links to other information pages that show, among other things, how you determine your model and what you need to consider before sending the watch.

Not as common as the rumors about new iPhones, but the reports and speculations about AR glasses from Apple are just as constant. The devices for augmented reality  should now - Sea MacRumors - to be found in the current beta version of iOS 13. There is talk of a STARTester app and a "head-mounted mode". There is also a “hero” fashion. Both together reads as if you could carry and hold the device - maybe also that you can clamp the iPhone into the AR glasses (as a VR set). Or maybe not. In addition, there is talk of a “StarBoard” for AR apps in iOS 13, and terms / applications such as “ARStarBoardViewController” and “ARStarBoardSceneManager” were found. The AR glasses from Apple could be expected as early as 2020.

The Apple Special Event in September 2019, like the expected devices, was met with a lot of rumors and speculations. But now we are certain. Because Apple has officially confirmed the date on its events website, so that you can now mark the 10th September 2019 and the following days for another iPhone hype and numerous reports about Apple, new devices and new operating systems;) For You come to the Apple Events page, which you can use to watch the live stream of the event at the Steve Jobs Theater on Tuesday with this link. According to the downloadable calendar reminder, the presentation will last two hours.