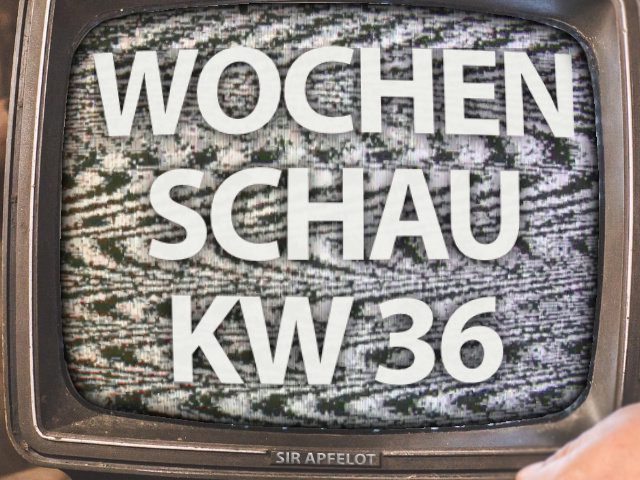 Another week is coming to an end, but September is now picking up speed. Let's see if and when we will see a keynote from Apple this month. Until then, we'll make do with Apple and tech news, which I've particularly noticed in the past few days. Quite right, it's time again for a Sir Apfelot newsreel - this time for calendar week 36 of 2020. These topics are included today: clean energy from Toyota and Honda, even more monitoring at Amazon, use of technical solutions against the pandemic, Rumors about upcoming Apple devices and events, Super Mario's 35th birthday and a lot more. 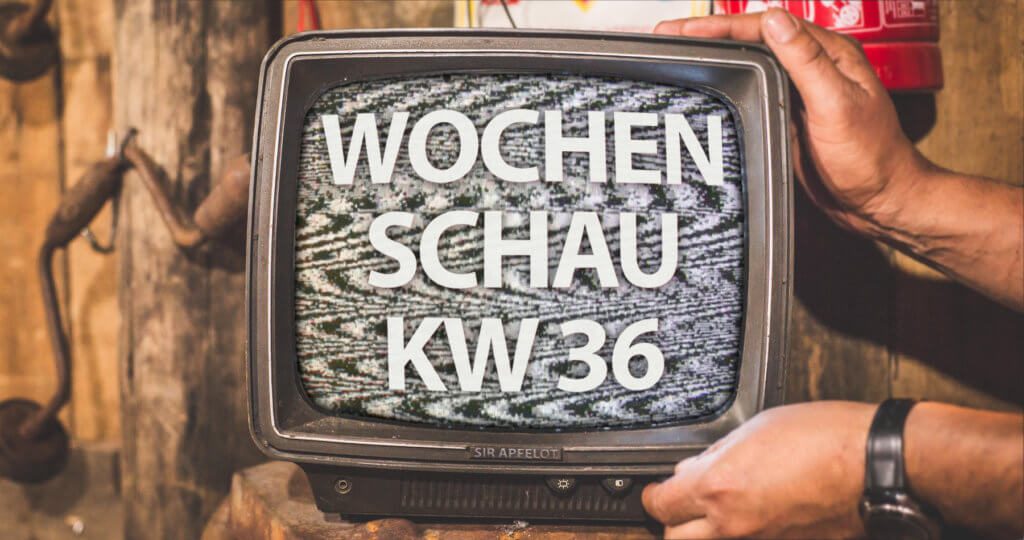 In the Sir Apfelot Wochenschau for calendar week 36 of 2020 you will find, among other things: Moving e from Honda and Toyota, surveillance and drone deliveries from Amazon, free and without an account watch Netflix, news about Apple devices and events and 35 years of Super Mario.

The “Moving e” concept developed jointly by Toyota and Honda is intended to be able to transport clean electricity in the form of a bus and 50 mobile batteries. The bus is operated with a fuel cell (hydrogen) and has various acceptance options. According to Entry On the subject of Golem, the bus’s hydrogen tanks are expected to deliver 454 kilowatt hours. Around 240 kilowatt hours are intended for local customers - for example in disaster areas or at major events such as festivals. The rest is needed for driving. Hence the advice that the nearest petrol station should not be more than 100 km away. The 50 batteries are provided in the bus for even more energy consumption. More details in the linked source.

Like me with Golem in one Message have read, Amazon is apparently looking for “secret analysts” in the USA who not only assess dangers for the company from the outside, but also from within. For example, it should be shown whether employees in the Amazon dispatch warehouses and stores intend to set up unions or councils. The position was probably advertised by Amazon Global Security Operations (GSO). In addition to this danger for employees who campaign for better working conditions or for a generally better company policy, statements are made about dismissals of appropriately committed people that have already taken place. They allegedly violated internal guidelines several times.

Again Amazon in the USA: delivery drones are now allowed to fly

A few years ago, plans became known according to which the shipping giant Amazon would also make its deliveries by drone. Like the technology magazine t3n now shows, the Federal Aviation Administration (FAA, US aviation authority) has now waved through this plan. This also applies to delivery transactions via the airspace for UPS and Wing, a subsidiary of Alphabet. What is interesting about the use of delivery drones is that they are allowed to fly outside of the pilot's field of vision. Actually logical if the delivery address is further away, but also an exception that is not so easy on regular drone flights. With delivery by “Prime Air”, parcels should reach customers in under 30 minutes.

Using technical solutions against the pandemic

The coronavirus pandemic is far from over. However, research and investigation are now becoming a little more specific, less poking around in the dark. This also includes studies on the various technical solutions used to contain the pandemic. Because next to the Corona warning app There are numerous other apps and tools from Germany that are used in other countries and are very questionable. A extensive description solutions from China, Bahrain and Poland are available from Golem. The solutions shown raise considerable concerns about data protection and have already been misused. The German solution, on the other hand, is seen as a model - because even if it doesn't help, at least it won't cause any damage.

Netflix offers titles for free and without a user account

Netflix is ​​probably the world's best-known provider of movie and series streaming. Other streaming offers regularly have to compete with Netflix and are constantly compared with the former online video store. Despite the size of Netflix, new users are being recruited more and more - for example, recently with free content that can be viewed without an account. Like app dangers berichtet, but it is not about entire series seasons, but only about the first episodes and three films:

Rumors of MacBook and iMac models with Apple Silicon

Within the WWDC20 keynote the change from Intel processors to Apple's own chips was communicated. Since then, the rumor mill has been simmering and there are rumors which product line will be the first to get a representative with “Apple Silicon”. A MacBook (Air) with a 12-inch display is currently being talked about, which should be released in 2020. Details are available here at MacRumors. I have one on the same side Post found, after which there should be an iMac with Apple Silicon as well as Apple's own graphics card in 2021. Because the change from the CPU or SoC to in-house products should also involve a change in other components; including the GPU.

iPhone 12 and AirTags should be shown in October

Another Entry from MacRumors discusses the release of the iPhone 12. This should not take place before the second half of October. The delay, as it was already clear from sources, is said to result from the coronavirus pandemic and the resulting delivery problems. At the event in October 2020, in addition to the iPhone 12, the Apple AirTags and the Apple Watch 6 will also be presented. For the new Smart Watch from Cupertino there is here more details. It is supposed to measure the oxygen content of the blood measure be able. It will also offer sleep monitoring. The focus will therefore clearly be on health aspects.

Super Mario, arguably the most famous video game character, turns 35 this month. It is three and a half decades ago that Super Mario Bros. was released on the Nintendo Entertainment System (NES). As part of the anniversary there are new editions of old games (NES, SNES, N64, GameCube and Wii) for the Nintendo Switch, a new "Game & Watch" handheld with a color display and much more. If you want to know more about the Nintendo offers on the occasion of the 35th anniversary of Super Mario, then you can find my post on the topic here.