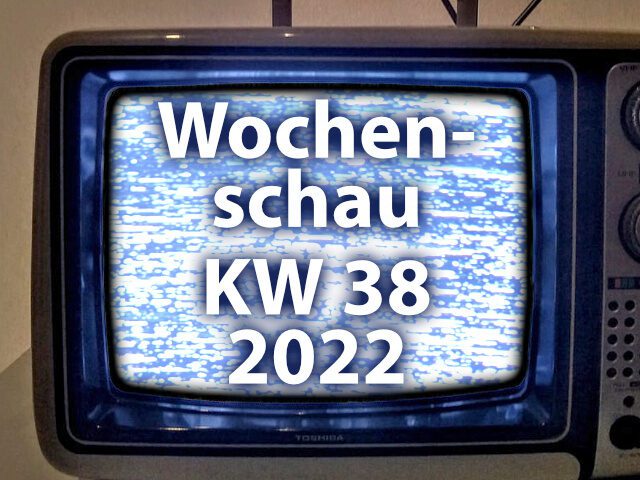 It's Friday again, it's time for the Sir Apfelot newsreel again. Today I'm going to show you what I noticed about Apple and tech news in calendar week 38 of 2022. In addition to instructions iOS 16 and update news for versions 16.0.1, 16.0.2 and 16.1 and the like, there was a lot more to discover this week. Among other things, the following reports are included: Meta sued for tracking, iPhone 14 teardown by iFixit, test of accident detection in iPhone 14 (Pro), leak with references to new iPad Pro models and more.

Notes on our own behalf: Overview of the many contributions

In the past few weeks, due to the AppleKeynote and due to the release of iOS 16, a significantly higher output of guides and instructions. It was also about the Apple Watch and watchOS 9. If you Sir Apfelot newsletter you're probably used to seeing every post since the last newsreel listed in it. That could be different this week due to the sheer crowd (depending on how Jens organizes it, we didn't agree on that). I personally want you for the overview therefore the Sir Apfelot app recommend that you can use on the iPhone and iPad.

Apple has actually introduced protective mechanisms on the iPhone and iPad that are intended to make it difficult (or impossible if the corresponding option is selected) for apps to track users. However, Meta has circumvented these built-in system limitations with its Facebook and Instagram apps by being able to track input in the app's own web browser. I gave you information about this back in August: Here to the meta apps and here for the TikTok app. There are details of the indictment in a Post from MacRumors, where to look at a Articles obtained from Bloomberg Law.

iFixit's repair pros took apart the new Apple iPhone 14 (without the "Plus" or "Pro") and placed it next to a corresponding one Post on the company page as well Video published about it. In addition to the teardown and the structure of the new smartphone, the bad press that the new standard model of the iPhone series is getting is also addressed - among other things because "only" an A15 Bionic chip is installed and camera and display changes the Pro models are reserved. However, it is shown that the iPhone 14 has received a major redesign on the inside, making it easier to repair. There is talk of the biggest redesign since the iPhone X (2017).

This week, for example at MacRumors, there were several days of news about upcoming updates for the current iPhone operating system. While quickly released versions like iOS 16.0.1 and iOS 16.0.2 are aimed at the new iPhone 14 (Pro) models to fix teething problems there, iOS 16.1 is supposed to come to all compatible devices so that improvements can be found there. So e.g. B. in the models of the iPhone 14 Pro, a camera error can be fixed ( ). Also, an annoying copy-and-paste warning that pops up when copying text from one app to another should go away ( ). iOS 16.1 should continue to bring improvements for the lock screen and the battery indicator ( ).

On the YouTube channel "TechRax" there has been a (unfortunately somewhat luridly designed) for a few days Video with the title Does the iPhone 14 Pro Crash Detection Actually Work? – Car Accident Experiment. To anticipate the answer: yes. After a few seconds of calculating the recorded data, an automatic emergency call countdown was started by the iPhone after each crash. Of course, the team behind the video always canceled it before an emergency call center was called. So no capacity was wasted. The tests don't confirm the feature works 100% in every case, but it does show it in action for those who are curious.

In the list of compatible devices for a tablet stylus, Logitech has listed the iPad Pro 12,9 inch (6th gen) and the iPad Pro 11 inch (4th gen) with the references "Coming soon". The not yet published Apple tablets then soon disappeared from the corresponding website, but among other things in one Post from iFun you can see a screenshot of it. This seems to confirm that at least two new iPad models will be presented in October, which will be launched parallel to iPadOS 16.1. New models of the MacBook Pro with M2 Pro and M2 Max are also expected for the October keynote.