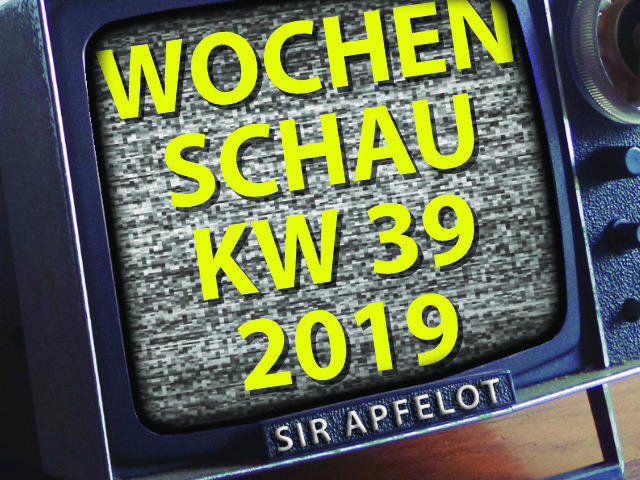 It's the Friday after global climate strike, and that's why you get a regular Sir Apfelot newsreel at this point. This time I'll show you which Apple and tech news caught my eye in calendar week 39 of 2019. Among other things, these topics were included: macOS 10.15 release, according to Stiftung Warentest, unacceptable children's apps, return of the Emotet danger, WhatsApp-off for old systems, BKA, best smartphone display and more. Do you still have a message ready? Feel free to leave a comment! ;) 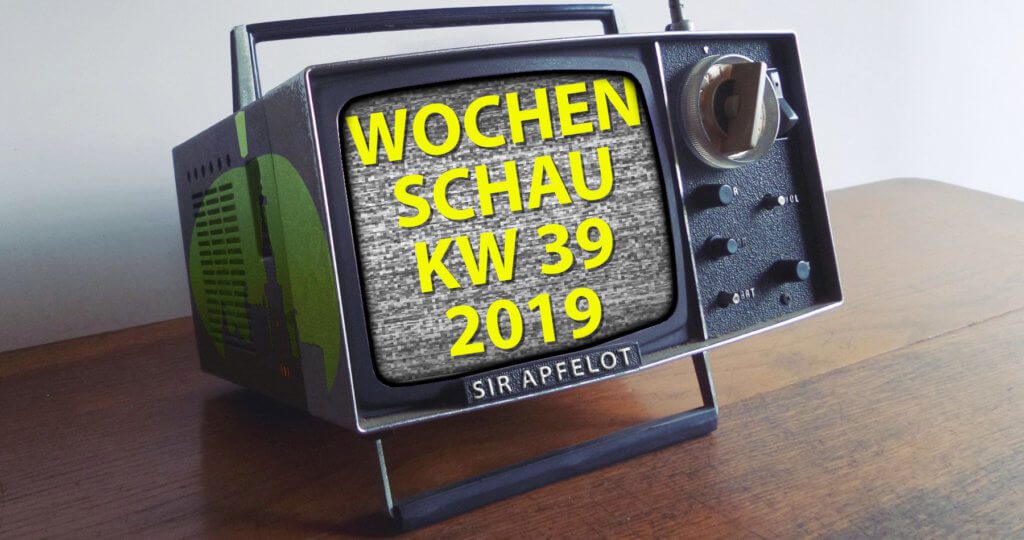 Like MacRumors shows, Denmark already knows when macOS 10.15 Catalina will be available for download. If you look around on the dk page for the new Apple operating system, you will see, among other things, a banner for the Apple Arcade game service. It reads: “Ekstraordinære spiloplevelser. Find the i App Store fra october 4th "; in German, for example: “Extraordinary gaming experiences. Available in the App Store from October 4th ”- and it is unlikely that there will only be an update for the Mac App Store at the beginning of October. You can find the Danish Apple page for Catalina here: Read more.

Stiftung Warentest: 13 children's apps are "unacceptable" for the target group

And while we're currently playing: Stiftung Warentest has looked at a few apps whose target groups are said to be children. Among other things, the games "Fortnite", "Minecraft" and "Roblox" were among them, such as Spiegel Online summarizes. According to the article, a total of 14 apps popular with children were examined and viewed from the “perspective of a ten-year-old”. No less than 13 of the 14 programs were classified as “unacceptable”; the mobile game "Pokémon GO" is simply labeled "questionable". Further information and details on consideration, evaluation and individual factors of the criticism can also be found in official test article.

The Federal Office for Information Security (BSI) is currently again providing information on the subject of Emotet. The malware that can infect both Windows PCs and Apple Macs was found here on the blog already treated in January. Now there is another warning that starts with a damage report: "Cyber ​​attacks with the malware Emotet have caused considerable damage in the past few days in the German economy, but also in authorities and organizations.“- E-mails are mainly used to spread the malware. So be careful and read them Warning from the BSI go through!

Undercover at 5G demo: Among conspiracy theorists and eso-nuts

I already know that there is extensive criticism, several fear scenarios and horror forecasts for the new 5G mobile communications standard in this post shown. Also, I've shown that most, if not all of it, is gross nonsense. Michael Jachan looked at how this nonsense is lived outside of the Internet and away from WhatsApp chain letters in real life for ScienceBlogs in Vienna. In his report that you read here an abstruse world marked by disinformation and charlatanry is shown. It also explains what the so-called "Sasek sect" has to do with it. A really interesting text.

After nose surgery: women in China have to re-register everywhere

China is a pioneer when it comes to facial recognition and the use of biometric data. With surveillance in public spaces, of course, this regularly goes too far. But there are also examples such as entrances to the work premises, etc., where biometric recognition replaces key cards or RFID chips. A recent case shows Sea heise online that, for example, a nose operation can permanently disrupt the recognition process. A woman from China, who is the subject of the article, now has to completely re-register with state and private agencies with her "new" face in order to continue using services and accesses.

Heise online also has some information from the Federal Data Protection Authority read. This criticizes the Federal Criminal Police Office (BKA), which is said to have collected information about citizens for foreign authorities without specific suspicion. "At the request of other states or international law enforcement authorities, the Federal Criminal Police Office (BKA) even collected data on citizens in Germany who were not even suspected of having committed a crime“, It says in the introduction. Actually, personal data may only be collected and passed on to foreign authorities if they are assigned a special meaning. So if the information is beneficial to the fight against crime or, more specifically, the fight against terrorism.

Samsung Galaxy Fold on the market again - with care video

Samsung has re-launched its folding smartphone in a revised version (official press release). The overpriced and flopped cell phone in April should now have a better hinge and a better protected display. However, there are still points of criticism, because of which many - if they would even raise 2.100 euros for it - will refrain from buying. Because there is still an opening due to the folding mechanism through which water, dust and even sand can penetrate - the latter sticks to the hinge in a test. You can read about it at Curved at this point. So it's no wonder that users should watch a maintenance video for the device, such as Futurezone berichtet.

Some of you may already know it, maybe I can give all the others a little nerd fun with it for the weekend: Like the GoogleWatchBlog recently shown there was a collision of two cars some time ago; one from Google, the other from Bing. Both “Street View” offers depict the other camera vehicle. We don't know whether that was agreed upon or actually a coincidence. You can see this here: Google Maps shows Bing Auto / Bing shows Google Maps Car.

WhatsApp off for old iOS and Android versions

Meanwhile, CHIP grabs here with an unnecessarily dramatic headline which operating systems will soon no longer be supported by WhatsApp. These are definitely old systems that hardly anyone is using any more. From 2020, for example, the functionality of WhatsApp for iOS 7 and iOS 8 will be discontinued. From 2020, Android users will also need a newer version than 2.3.7 Gingerbread. Sounds doable. Oh yes, and the Messenger from Facebook will no longer run on Windows Phones from December 31, 2019.

And finally something about the new Apple iPhone 11 Pro Max. Like the Macerkopf here reports, the professional smartphone from Cupertino offers you "the best smartphone display". The statement goes back to tests by "DisplayMate", which gave the screen of the iPhone 11 Pro Max the top grade A +. You can find the somewhat sober and also quite extensive publication on the test (in English) with this link.