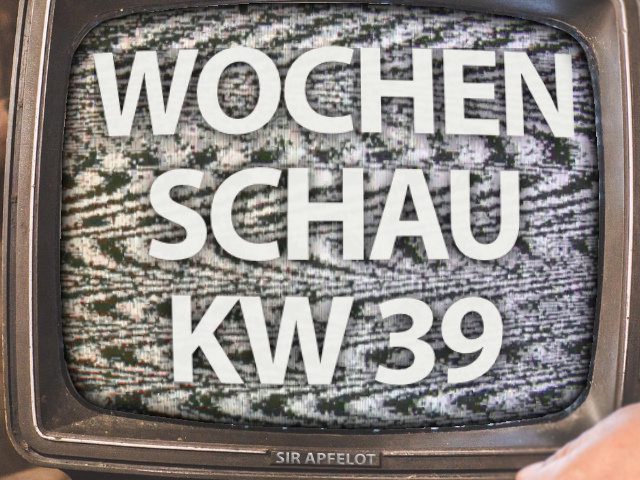 It's Friday and autumn is slowly arriving, but of course not without a Sir Apfelot newsreel. Today I also show you the Apple and tech news that caught my eye in calendar week 39 of 2020. Among other things, these topics are included: a broadband interfering television, Tesla with new car and battery visions, WeChat remains allowed in the USA, rumors about the iPhone 12 series, mini LEDs at Apple, Apple Watch Series 6 in teardown more than a useful update for the Keynote app and more. 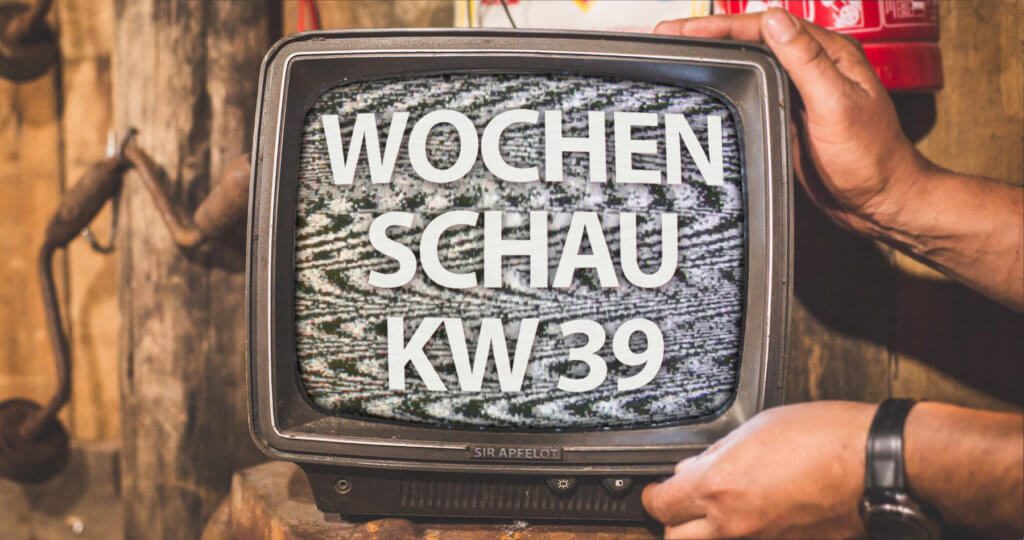 In the Sir Apfelot Wochenschau for calendar week 39 in 2020: Tesla with new car and battery visions, WeChat remains allowed in the USA, Twitter algorithm prefers white, rumors about the iPhone 12 series, mini LEDs at Apple, Apple Watch Series 6 in teardown, a major keynote update, and more.

Old television interferes with the internet signal for 18 months

In the Welsh village of Aberhosan, like the BBC berichtet, solved a one and a half year puzzle. Every day from 7:00 a.m., the broadband signal was disturbed during this time, so that the residents had to accept breakdowns in data transfer via the Internet. The utility company's technicians didn't know what to do next, and a new cable was even pulled through the conduits. When nothing helped, a directional antenna was used. It turned out that someone in the village turned on an old, inadequately shielded television every day, punctually at 7:00 a.m.single high-level impulse noise (SHINE)“Sent out.

At Tesla this week there was the so-called Battery Day, where Elon Musk presented new technologies. Like t3n berichtet, Tesla wants to install batteries in cars every year by 2030, which should have a total of 3 terawatt hours. The cars are also to be built from a special aluminum alloy that can be processed without the use of heat. Two pieces of this metal would be put together to make a car. The new battery structure, which is supposed to offer more capacity with less material and less manufacturing effort, has already been taken into account. More about Tesla's ideas for the future, which the company wants to advance itself in all areas, as well as the curiosities of the presentation can be found in the linked source.

Heise online reports on a Twitter experiment at this point. It once again brought out that algorithms are not neutral - and, for example, align the centering of thumbnails of the images inserted in tweets to the faces of whites instead of people with darker skin color. The result is the experiment, in which not only the initiator, but other users also participated, from a report on Zoom's also racist algorithm. Because when using virtual backgrounds, the user can define dark skin colors as backgrounds and hide the face of the corresponding user (Example).

Shortly before the deadline in which US companies would have had to buy the US-based business from TikTok and WeChat, the threatened ban has now been overturned for both apps. With regard to WeChat, a social media, news and payment app from China, t3n has on Sunday shown. The reason is, among other things, in the first amendment to the constitution of the United States - it promises freedom of the press and freedom of speech. Further details and background information on the lawsuit that led to that judgment can be found in the linked source.

With reference to the Financial Times berichtet t3n on a statement by EU Internal Market Commissioner Thierry Breton, according to which international technology groups should get stricter rules for the EU market. This is intended to protect the interests of consumers as well as those of smaller competing companies. "Could be punished [...] when platforms make it impossible or difficult to switch to another service", is it [called. In order to deal with particularly serious cases or companies that are not transparent, there should be the option of being excluded from the EU market and being broken up. But before that there would be further levels of sanctioning.

Apple iPad and MacBook with mini LEDs in the display?

When researching Apple analyst Ming-Chi Kuo it came out that Apple will soon be installing mini-LEDs in its iPad and MacBook models. That shows at least one Post from MacRumors on. Kuo is referring to supplier statements that speculate around the year 2021. "Although Epistar has met Apple's mass production requirements, we believe that Apple continues to look for new suppliers in order to reduce supply risks and costs. Among the second supplier candidates, Sanan Optoelectronics' development schedule and cost are superior to competitors (including Osram and Seoul Semiconductor)", Kuo is quoted as saying.

New iPhone range: will there be an “iPhone 12 Mini”?

The trusted source for teardowns and repair guides iFixit has the new main model of the Apple Watch dissected. It turned out that the Smartwatch from Cupertino can be repaired. The replacement of the display connected with plug connections is therefore complicated, but feasible. "Once you have the clock open", It says with regard to the battery replacement, be the same"more or less easy [...] ". You have to be careful with the tri-point screws, which have to be used correctly and "not always easy to remove" are. Soldering skills are required to handle some of the ribbon cables. The step-by-step disassembly report you can find here.

With the 10.1 update for the iWork apps Pages, Numbers and Keynote, Mac and iPad users had a few questions. Because where word processing and spreadsheets were given the opportunity to play YouTube or Vimeo videos directly via a link, this feature was missing in the presentation software. That was Mid-July this year. Another update came this week, which finally brought web video support to Keynote - that is, to where it is needed. Here is the screenshot that I took on the occasion of this news: 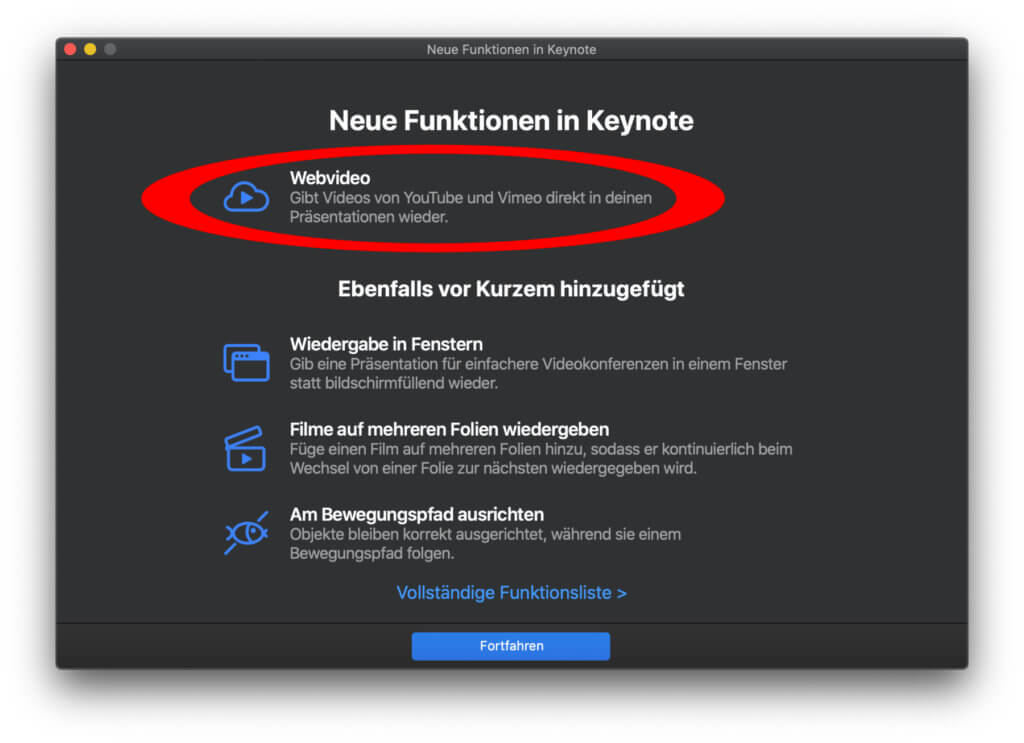 Web videos from YouTube and Vimeo can finally be played in a Keynote presentation - not just in Pages or Numbers: D