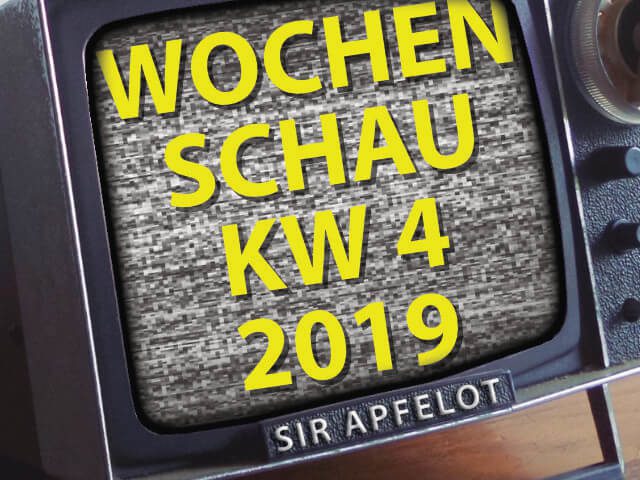 I have summarized reports on Netflix, Amazon Prime Video, a Google quiz and changes in Google Maps as well as several Apple topics in this Sir Apfelot newsreel. This gives you an overview of which Apple and technology news I noticed particularly in calendar week 4 of 2019. By the way: If you are interested in Apple Video (name not confirmed), the new streaming service from Cupertino, please click on this post: Apple Video - streaming service for films, series and documentaries is coming in 2019. 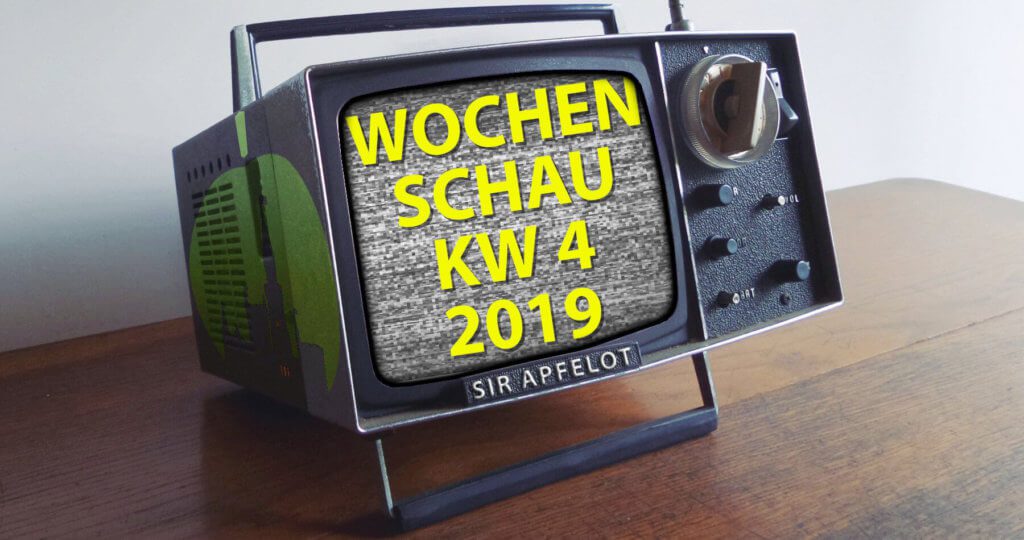 Netflix, Amazon Prime Video, a Google quiz and changes in Google Maps as well as several Apple topics can be found in the Sir Apfelot Wochenschau for calendar week 4 in 2019.

Why start an advertising campaign and pay an agency to plan, implement and monitor it? - You can ask yourself this when your own customers have enough reach and desire to share products that have been discovered and found to be good. At least that seems to be the current situation at streaming giant Netflix. Anyone who discovers a film or series in the corresponding offer that they would like to share with friends and acquaintances can do so including poster graphics, emojis and lettering via the Instagram story. This reports app dangers at this point. It remains to be seen whether this is worthwhile for one of the parties involved.

After the farewell to the series "Pastewka" with Bastian Pastewka in the leading role from the television program, the German comedy classic returned to Amazon Prime Video last year. One year after Start of the 8th season There are now two news items about the series: First, the 9th season starts today at the same point - this is reported by iFun, among other things here . Second, the fourth episode of the eighth season "The Song of Throat and Nose" was withdrawn from the offer because it violated the ban on surreptitious advertising in the State Broadcasting Treaty. This is also reported by iFun - here . The ban on showing was imposed by the Bavarian State Office for New Media due to the unmarked advertising for the MediaMarkt.

Google Phishing Quiz - How Prone To Data Theft Are You?

How well do you recognize phishing emails or do you always know whether an Amazon, PayPal, Sparkasse, Docs or eBay email really comes from the sender you can guess at first glance? You can find out for sure by her this quiz from google uses. English skills are certainly not bad; if given, you can pick up a few useful tips for identifying real or fake emails. Whether it is a suspicious link, a misspelled sender or other clues - with the eight case studies you will find the most common without risk Features of phishing emails.

Google is currently rolling out an update for its “Google Maps” map service that integrates the speed limit on roads into its services. With the display of the maximum speed or a warning if this is exceeded, there is support in route and travel planning. The same applies to the camera symbol, which marks speed cameras. So that you don't have to constantly look at the display, these are also announced with an acoustic signal. The negative thing about these innovations: they are not yet available in Germany. So far, the update - or parts of it - is only available in individual cities and regions of the USA and Brazil as well as in Denmark, UK, Australia, Canada, India, Indonesia, Mexico and Russia. This is what MacRumors reports here with reference to Android Police and Mashable.

Apple's map service has also received an update - at least in Northern Europe. In Norway, Sweden, Denmark and Finland, necessary information for travel by public transport has been added to Apple Maps. In particular, the connections in, around and to Oslo, Stockholm, Copenhagen and Helsinki have become available with the update. This is also reported by MacRumors at this point. In a comment, however, the service is criticized: One user states that the route planning sends him off the train one station too early and then walked 3,3 km instead of letting him go one station further and then take the bus, to arrive 100 m away from his destination. Another user's answer: Check if Apple Health is activated in the settings;)

Do you not only like to take photos, but do you also do well with your iPhone? Do you make great recordings by nature or are you professionals in post-production? Then maybe you should submit your best shots directly to Apple - up to February 7, 2019. In one current press release the technology giant from Cupertino has published its requirements and conditions for this:

Post your best photo taken on iPhone to Instagram or Twitter with the #ShotOniPhone hashtag to participate in the the Shot on iPhone Challenge. Weibo users can participate as well using #ShotOniPhone#. In the image caption, note which model was used. Alternatively, you can also submit the photo in its highest resolution to shotoniphone@apple.com with the file format 'firstname_lastname_iphonemodel.' Photos can be straight from the camera, edited through Apple's editing tools in the Photos app or with third-party software [...]

Project Titan: Dismissals not because of project abandonment

Like 9to5Mac shows, Apple probably withdrew 200 employees from its "Project Titan", in which self-driving cars are developed. The platform refers to a CNBC report. From Apple's side, however, it should be said that this measure will only take place as part of a restructuring and not because the project would be put on hold. They still see it as a “huge opportunity”. You can find more reports on Apple's employee and team structures as well as official statements from the company in the linked post.

The Apple MacBook (Pro) doesn't really get out of the negative headlines. After repeated reports of keyboard problems for a long time, it is now the turn of the display lighting. According to several reports, and last but not least, is particularly affected according to iFixit the MacBook Pro with Touch Bar. From the year of construction 2016, the problems that show up in the display lighting should occur due to flex cables (ribbon cables) with breaking points. What that looks like shows app dangers with this post. An important fact from both sources: The 6-dollar cables are firmly connected to the display and therefore cost 600 dollars for repairs. Also G and iFun reported.

Apple MacBook Pro with Core i9 CPU is not worth the extra charge?

And another negative message about the Apple MacBook Pro from Golem (here ): As noted in the linked report, the Intel Core i340 processor with 9 cores, calculated at 6 euros more, should not be worth its price because it does not offer a significant increase in performance compared to the Intel Core i7, which also has 6 cores. Why? Because the ventilation of the mobile computer is not made for the processor and its heat development under maximum performance. With reference to a Notebookcheck report is it [called:

There the Macbook Pro was tested with the Core i9-8950HK and the Core i7-8850H and it was found that the i9 hexacore even achieved fewer points in Cinebench R15 when all cores were running. The cooling can dissipate almost 50 watts continuously, but that's not enough for six cores with over 4 GHz. Instead, the chip needs over 70 watts, heats up to 100 degrees Celsius, then throttles the clock rate and thus power consumption and temperature enormously, then the whole thing repeats itself.