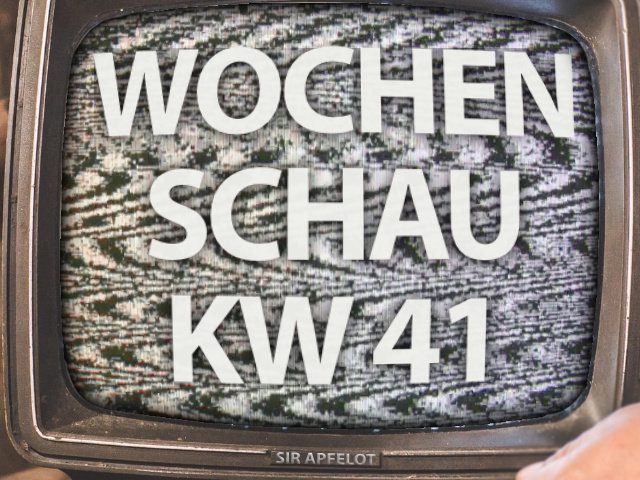 A weekend full of excitement is just around the corner, but first there is a new Sir Apfelot newsreel. Before the new iPhone 12 is presented on Tuesday, let's take a look at the Apple and tech news that caught my eye in calendar week 41 of 2020. The latest rumors about the Apple Event on October 13th as well as these topics: E-mobility for commuters, rewards for the hacking team, news about iPhone 12 and 13, details about the Apple Watch Series 6 and more. On the whole, it will be quite Apple-heavy again this week: D 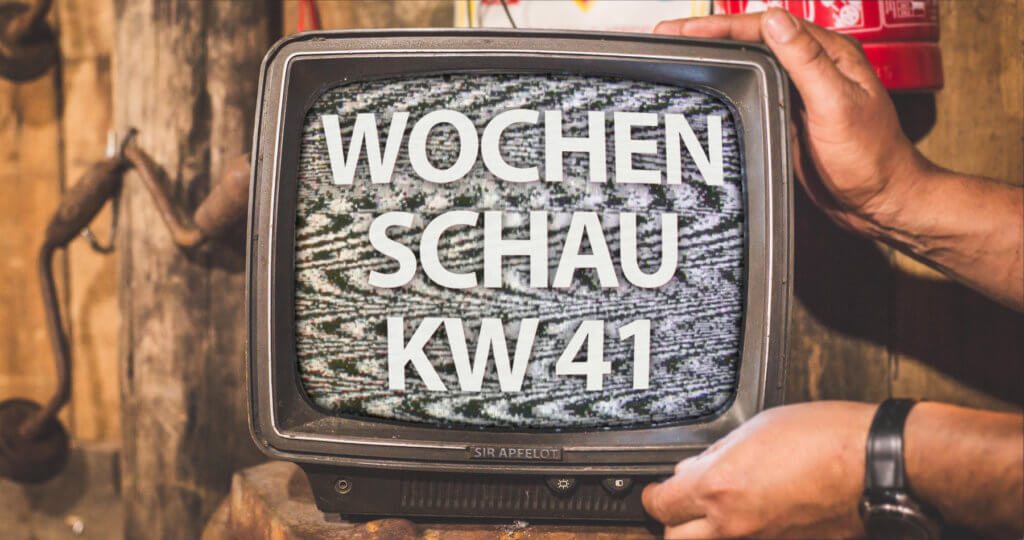 In the Sir Apfelot Wochenschau for calendar week 41 in 2020 you will find the following: DLR's pendulum car, new vintage products from Apple, Epic process with a new date, rumors about the iPhone 12 and iPhone 13 and a lot more.

The German Aerospace Center (DLR) has presented a new car that is intended to be aimed at environmentally conscious commuters using lightweight construction and fuel cell propulsion. For example the specialist magazine t3n berichtete to the Safe Light Regional Vehicle (SLRV), the body of which should weigh just 90 kg. The energy for the electric motor is to be obtained from a fuel cell. There is space for two people. Details on the structure, the drive and the design (including photos of the prototype) can be found at the linked source. "Should the vehicle come onto the market, it would probably have a purchase price of around 15.000 euros, according to DLR“, It also says.

It sounds like a crazy math problem. Because the five hackers Sam Curry, Brett Buerhaus, Ben Sadeghipour, Samuel Erb and Tanner Barnes found a total of 55 vulnerabilities in Apple platforms and services and received a reward of 50.000 US dollars from Apple. The only number that falls out is the length of time it takes: three months. Like it in one Articles by MacRumors means that some of the problems reported by the hackers via the "Security Bounty Program" can even be classified as critical. More information about the Apple program is available here: developer.apple.com/security-bounty. The highest reward is $ XNUMX million.

With iOS 14, Apple paved the way for customizing the iPhone's home screen. There are already numerous instructions and apps for setting up your own app icons, widgets and the like. Some collections of symbols that you can use so that you don't have to design the new icons yourself or search for them using the Google image search are available as package downloads. A lucrative business for those who offer such content. Because like t3n, for example shows, a designer earned more than $ 140.000 in a week with his icon pack.

The iPhone 2013c, released in 5, and the MacBook Pro with 15-inch display from 2014 could be put on Apple's vintage list at the end of October. In one Articles on the subject, MacRumors refers to an internal memo from the tech giant from Cupertino. For Apple products, “vintage” means that they only receive a software update in the event of a massive security vulnerability, otherwise none. Spare parts are also no longer produced, which does not make repairs impossible, but depends on the parts that are still in stock. You can find more about the terms "Vintage" and "Obsolete" here: The last iPod nano is now also "Vintage".

Apple vs. Epic: Disputes will be heard in court from May 2021

Already last month there were indications that the disputes between Apple and Epic will drag on for some time. I showed this here: Fortnite in-app purchases won't negotiate until 2021? - Now I have the Macerkopf Readthat May 3, 2021 was set for the start of the process. That is even more likely than the previously found speculation about a trial start in July 2021. It will then again be about in-app purchases that are made in iOS apps and from which Apple also earns. Epic recently tried to bypass this involvement, which led to the hit game "Fortnite" being deleted from the App Store.

The difference between EKG and oxygen measurement in the Apple Watch

The ECG feature of the Apple Watch, which measures the heart rate and draws attention to any abnormalities, had to be approved by the FDA (Food and Drug Administration) in the USA. The determination of the oxygen content in the blood, which with the Apple Watch Series 6 does not require FDA approval. The Verge explains why that is so in one go Post . It states that medical measuring equipment only needs to be approved by the authorities if it is to lead to a diagnosis or medical treatment. This is the case with the EKG feature. Apple markets blood oxygen measurement purely as a source of information without a diagnostic claim. It is only included for "wellness"; and thus a test is bypassed.

What will Apple present us next? We all ask ourselves this question again when we look to the coming Tuesday. Then Apple will release a new keynote at 10:00 a.m. local time (19:00 p.m. in Central Europe). It is certain that the iPhone 12 will be presented. The event title "Hi, Speed" suggests that it is equipped with 5G cellular communications. Other rumors suggest that the title can also refer to the “Apple Silicon” SoC in the new MacBook Pro. Already at the beginning of September it was said at iTopNews that the fastest 5G in the iPhone 12 will not come to Germany. However, it is possible that only the iPhone 12 Pro Max will be equipped with the fastest 5G technology anyway, not all four expected models.

Will the AirTags be postponed to March 2021?

It seems like Apple doesn't have the luckiest hand with its accessories. After the debacle surrounding the charging mat for iPhone, Apple Watch and AirPods case, the AirTags presentation now also seems to be postponed. While the announcement of the upcoming event still indicated this (several circles in the currently known AirTags form), Jon Prosser - an Apple insider known for his leaks - said on Twitter today that the tags for Bluetooth location are probably on the March 2021. In his tweet he also provides render graphics of the appearance of the tags that he wants to have from a video with the real products.

iPhone 13 finally with a narrower notch?

A rumor pertaining to a release in 2021 comes from another leak source on Twitter. In one Tweet @UniverseIce shows that the notch of the iPhone 13 should no longer reach that far into the display. However, the thread does not deliver a rendering or a photo of an alleged prototype, just a drawing. Should this reflect the expected design, then around 50% of the notch could disappear and create horizontal space for the display. After all, a good start for a collection of rumors about the iPhone 13: D