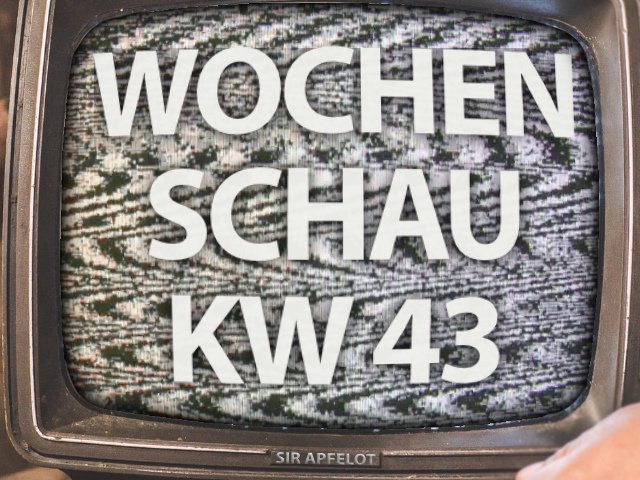 The weather shows us that autumn has come. But even if it is gray, cold and wet outside, you can rely on the flame of knowledge that is passed on at this point. Of course there is also a Sir Apfelot newsreel this week with interesting Apple and tech news from the last few days. The topics that particularly struck me in calendar week 43 of 2020 include: Investigation of Facebook and YouTube algorithms, Tesla cars with data protection problems, PayPal for cryptocurrencies, Xiaomi with 80 watts for wireless battery charging, Apple's music television and more. 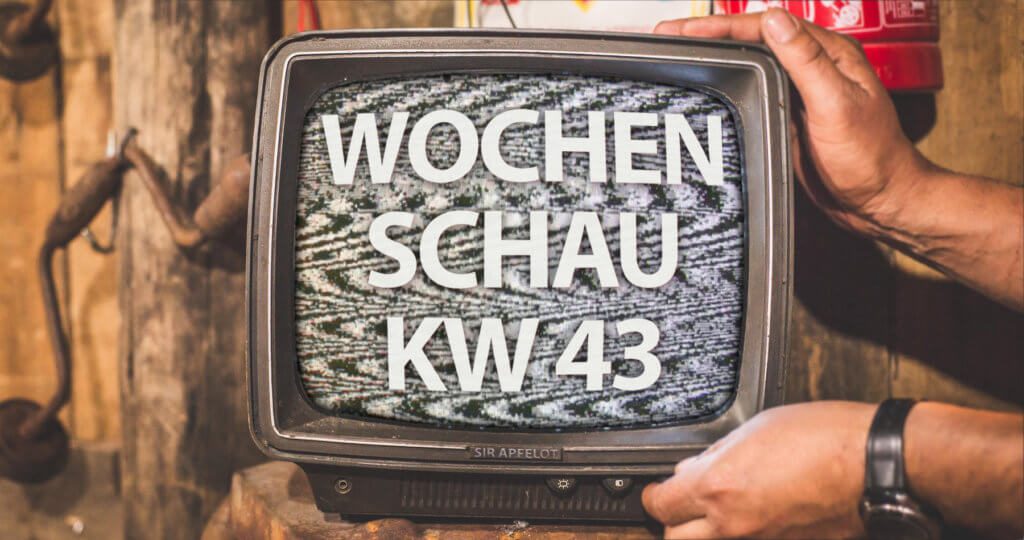 On the trail of the algorithm with a special browser

How hot online shows, "The Citizen Project" wants to find out about the algorithms of Facebook and YouTube. A specially developed web browser is to be used by 1.200 users for this purpose. Participation in the study is remunerated. In order to investigate how the algorithms of the social network and the video platform work, the usage data is forwarded and evaluated. The Citizen Project is a collaboration between The Markup (an NGO with a focus on data-driven journalism and journalistic ethics) and the New York Times. You can find out more about the black box algorithms of social media in the Netflix documentary The Social Dilemma: https://www.thesocialdilemma.com.

The hacker Victor Gevers from the Netherlands was recently able to log into the Twitter account of US President Donald Trump. In theory, he could have used this fact to post his own tweets on behalf of Trump, to change the profile including avatar or to delete everything. In his role as a security researcher, however, he was only concerned with highlighting the neglected security of the presidential account. His password was only “maga2020!”; two-factor authentication (2FA) has not been set up. This is not the first time that the account has been hacked, de Volkskrant report (here.) and Vrij Nederland (here.).

And Trump again: The US President, who likes to play like a great economic savior, has created a tax grave in Wisconsin. 13.000 jobs and an LCD factory were promised to be built by Foxconn with an investment of 10 billion US dollars. Both the local administration and the US government have already paid for the cause: now around 400 million US dollars. The project announced in 2017 and started in 2018, which should produce modern LCD products from this year, shows according to Golem (here.) with reference to The Verge (here.) just "Thousands of pages of official documents, several unrenovated office buildings, a dome and an almost empty factory" on. A reallocation as storage space has already been confirmed.

"Tesla electric cars should not be allowed" headlines heise online in a current article. According to this, the network data protection expertise has determined that Tesla's e-mobiles violate data protection in the EU. In particular, it concerns the processing of personal data of users. The study with not quite "40 pages of violations" can be found with this link (PDF). Among other things, it is indicated that the cameras installed on the outside and inside of the Tesla cars can be used for activities that violate data protection. The so-called data minimization is also not taken into account.

Again with Golem I have that Reference to a study of the University of Bamberg and the TU Berlin, which deals with data protection and the obligation to provide information for app developers. 225 apps offered for iOS and Android were examined. Between 2015 and 2019, these user accounts were created and the data were then queried. One fifth did not respond to the inquiries at all, three quarters did not verify the identity of the inquirer. So it happened that the data of another account was transmitted. The General Data Protection Regulation (GDPR) has not been able to change the situation.

Like mirror science shows, NASA has succeeded in a complicated maneuver with the "Osiris Rex" probe. This was able to take samples from the asteroid "Bennu" - according to NASA information, one hopes for 60 g to 2 kg of material. The data for this would only arrive on earth after a few days. The probe itself, which is supposed to bring the material to the home planet for investigation, is not expected back for three years. The scientific device has been on the road for a correspondingly long time. It started from Cape Canaveral in September 2016 to reach Bennu in 2018. Extracting material was just one task; the two years before, the asteroid of Osiris Rex was measured, analyzed and examined with cameras.

Microsoft wants to bring Azure cloud forward (or up) with Starlink

With “Azure Space” Microsoft wants to offer its cloud service even more extensively. For this, the technology group entered into a cooperation with the space company SpaceX. Its “Starlink” technology is intended to enable the space approach of the Azure solution. This is reported, for example, by t3n at this point. With Azure, Microsoft offers modular and robust data centers. These can be set up in the form of a delivery container - but the users need a good internet connection to operate. In remote areas, this is now to be implemented via Starlink. All the details can be found in the linked post.

Paying bitcoins through PayPal could soon be possible

"PayPal enters the cryptocurrency market", is it [called in this message from golem. Virtual currencies, such as Bitcoin as a crypto currency, should be able to be bought, held and sold with the e-wallet. In addition to trading in the currency, it should also be able to be used for shopping. Paypal works with banks and companies for the implementation. When shopping with Bitcoins, retailers should not be paid out the crypto currency, but a real currency. If the e-wallet prevails with this approach, it could, according to Golem, "[...] become more or less indispensable once again".

The Sir Apfelot newsreel for week 11 in 2020 you can already find the reference to the development of a wireless charging technology from Xiaomi, which has 40 watts of power. That was in March. At that time, the Chinese technology manufacturer demonstrated how a 4.000 mAh battery could be charged to 40% in just 100 minutes. Like me at Pixelcritics this week Read the manufacturer has now been able to produce twice the performance with its Mi Wireless Charging Technology. A 4.000 mAh battery is supposed to "in one minute to 10%, in 8 minutes to 50% and in only 19 minutes to 100% [...] laden". You can find the showcase video from Xiaomi here.:

Anyone who uses Apple Music in the USA can now also use 24/7 music television. The reports MacNotes. The station called “Apple Music TV” was launched on Monday with the top 100 streamed tracks. In addition to music videos, there should also be interviews and other information about music and musicians. For example, broadcasts on Bruce Springsteen and his new album. It is not yet known whether and when Apple's MTV will come to Germany.