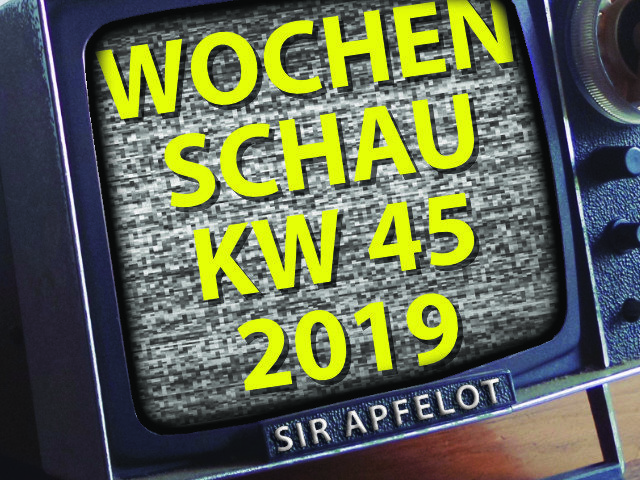 Actually today I should be on the road with my Onewheel Pint, which I was able to drive for the first time yesterday during a break in the rain, but the weather is once again not friendly to the drivers of self-balancing vehicles. However, I will still deliver a report on the Onewheel later, which is unfortunately no longer in this newsreel or in today's newsletter this week will do. But in bad weather there is of course one great thing to do: write newsreels! Here we go ... 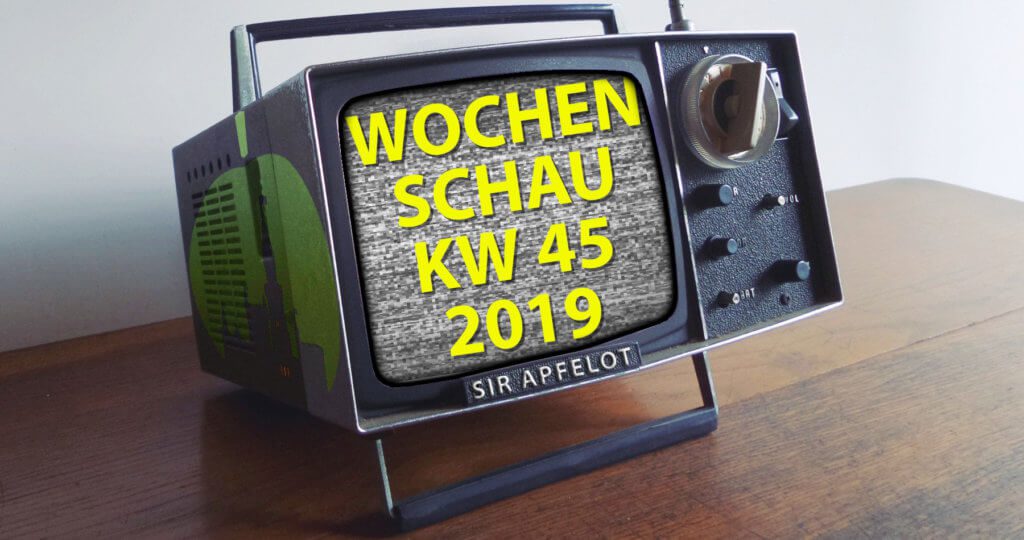 Immediately after the market launch, Apple products are usually only available from the Apple Store. And that's exactly where the AirPods Pro now have a delivery time of several weeks. All the more practical that Amazon can step into the breach here in order to quickly deliver the new ANC in-ears from Apple (which are praised everywhere!) To potential customers. If you don't have an AirPods Pro yet, but are still struggling due to the delivery times, you can Buy AirPods Pro here on Amazon.

Nice to know that Tim Coock has been from the start of his streaming service Apple TV + "thrilled"is. But let's be honest: It was clear that many millions of people will be there when it starts, because Apple has finally added an annual subscription to all Mac, iPhone and iPad buyers for free. While these figures - and some of the TV + series - are good, there is of course too little content in the streaming portal for longer film evenings. Hopefully Apple will add more to keep the customers happy enough that they will also extend the subscription after a year After all, when we started TV + we were taught one thing: Apple can also make film productions in which violence and half-naked people can be seen. ;-)

Adobe Photoshop on the iPad starts with lousy ratings

Photoshop users have waited a long time to finally be able to work with their favorite software on the iPad. Unfortunately, Adobe has ruined this idea with the recently released iPad version of Photoshop. It's hailing for the app bad reviews in the app store, because of the subscription requirement and many missing functions.

A hit for Serif, because this software company can now surely have even more customers for the (really, very good!) IPad app "Affinity Photo"Win. Given the occasion, the Serif app is currently even available with a 50% discount. And of course without a subscription.

When it comes to products like this, I always fluctuate between enthusiasm and external embarrassment. On the one hand, it's nice that there is a competitor who is not quite beaten in the smartwatch market. At the same time, however, it is embarrassing how desperately Xiaomi is trying to recreate the Apple Watch. Even the flower that runs on the watch for the breathing app was copied - but it was only copied "beautifully" to a limited extent. It would probably be smarter to simply develop your own design concept, but the knowledge, the patience or the time seem to be lacking. More at G...

Siri stores encrypted mail on the Mac - but without encryption

With the many data scandals, such a little thing almost goes under, but it should be mentioned anyway. Even if Siri is switched off on the Mac, mails are backed up in plain text in a database on the Mac. So far so good. It's just stupid when encrypted emails on the Mac also end up in plain text in this database. You can find more about this faux pas at Heise.

Even if we all currently feel like beta testers at macOS Catalina - there is still a difference between normal users and beta testers: The beta testers get the bug fixes faster! ;-)

Joking aside: macOS 10.15.2 is currently in the starting blocks and is being checked. I sincerely hope that Apple ironed out all of the bugs that readers tell me about every day. I don't think there has been a macOS update with as much post from people looking for help as I did with macOS Catalina. Let's keep our fingers crossed that 10.15.2 makes everything better ...

Disney + streaming subscription will come to Germany in early 2020

The magazine iFun reports that Disney + will come to us in March 2020. This streaming service should be an interesting thing for parents, as it is clear here that the children cannot watch films that are not suitable for children. With Netflix and Amazon Prime, these are often only a few clicks away and you have to hope for the children's reason so that they don't watch something unsuitable. I will definitely check the offerings at Disney + with my kids - and report to you.

Google employees are calling for the company to be carbon neutral

While Amazon already presented a climate plan in September 2019, according to which the company would like to work climate-neutrally by 2040, Google has not yet issued a statement in this direction. In order to still put a little pressure on the search engine giant to take a stand, have aloud CNN over 1000 Google employees open letter signed which, among other things, calls for zero emissions by 2030.

Your topics in the newsreel!

If something moves you particularly in the coming week, please send me an email. I am happy to receive suggestions for topics for my newsreel.