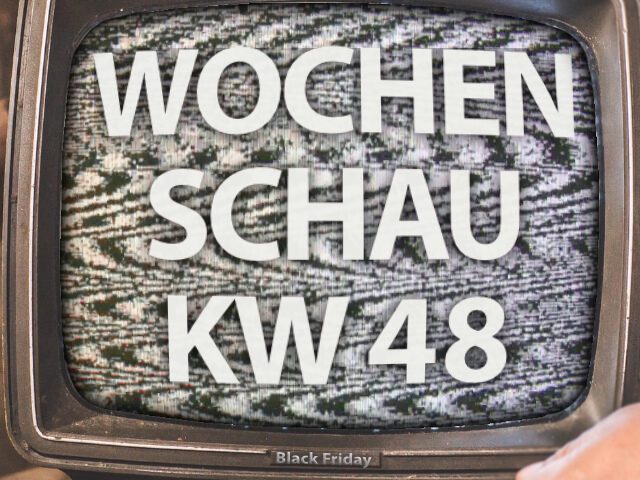 Today is Black Friday 2020, but not only that. Because of course it is also a regular Friday on which there is again a new edition of the Sir Apfelot newsreel. This time I'll show you which Apple and tech news caught my eye in calendar week 48 of 2020. The following topics are included: Black Friday, Sir Apfelot's Advent competition, new Telekom Speedbox, update for Corona warning app, forced repairs in the EU, new MacBook models, compatibility of iOS 15 and more. 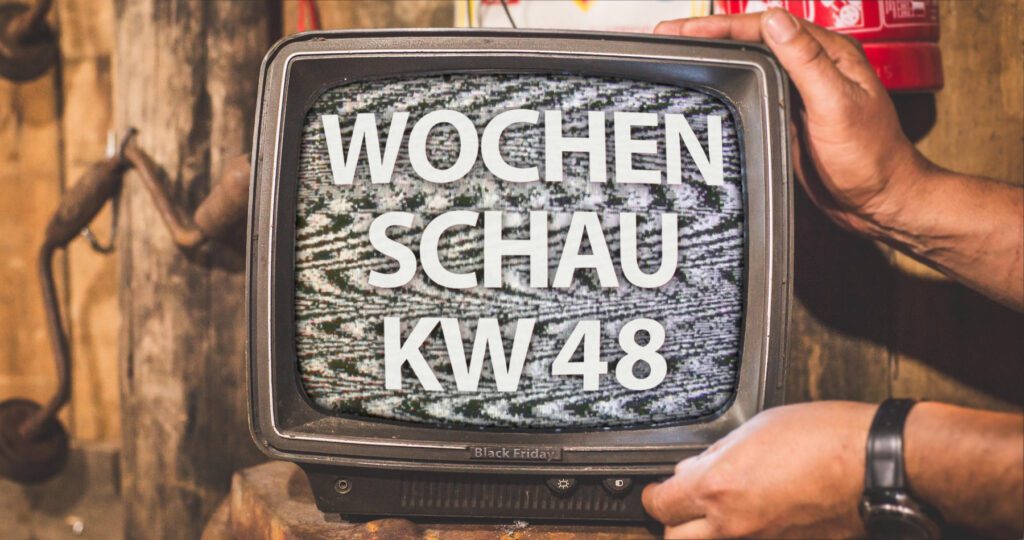 The messages in the Sir Apfelot weekly newsreel for calendar week 48 in 2020 include: Black Friday 2020, Sir Apfelot's Advent competition, update for the Corona warning app, new MacBook models in 2021, compatibility of iOS 15, iPhone 13 and more.

As part of Black Friday 2020 there are numerous discount offers from various manufacturers and developers. In addition to hardware, software is also cheaper in some places. I present you an overview of the deals shown in the last few days here:

In Advent and probably beyond, you can take part in a competition on this blog. All you have to do is register free of charge for the weekly newsletter - that works here - and then reply if you want to get a prize presented in it. Every Friday a different prize package is presented. You can find out what profit opportunities there are in the article on the topic: Advent competition at Sir Apfelot - prizes in the newsletter. There you will also find the legal information on participation and prizes.

Telekom brings Speedbox with battery onto the market

The Telekom Speedbox is an Internet router that delivers an Internet connection to end devices via cable or WLAN connection, which is established via cellular network. You can find a test of the Telekom Speedbox LTE IV here in the blog: Part 1 / Part 2. Like me now in one Post I've read about iFun, Telekom has released a new model of the device. This also offers cellular internet, but can be used even more flexibly. A 4.100 mAh battery is built into the router, which promises up to 3,5 hours of running time without a socket. So it is ideal not only for fixed locations with poor internet connections via DSL or cable, but also for traveling.

For the Corona warning app a new update has been released. "The check of the risk data should now be carried out several times a day if a WLAN connection is available“, It says in a corresponding Entry of the iPhone ticker. The advantage of this is that it shows that risk encounters are more likely to be indicated. In this way, chains of infection can also be broken earlier. The following is also written for the iOS version of the app: "The update also addresses a bug, due to which a risk check cannot be carried out if the iPhone time does not correspond to the current time.“More details can be found in the linked source.

EU Parliament is in favor of repairs instead of new purchases

Like a mirror of the economy in one Post reports, the EU wants a "Force repair service for smartphones". A corresponding vote took place on Wednesday and was approved with 395 votes in favor. There were 94 votes against and 207 abstentions. One of the goals is to prevent manufacturers from pushing more and more new devices onto the market if they are considered replacement devices with only minor defects in the actual device. To make this possible, a "Standardization of spare parts"As well as a minimum term for the provision is required. You can see who voted for, against or with abstention in this PDF from page 11.

Data protection information in the App Store from December 8, 2020

Back to the iPhone ticker. There I have one Entry read that the "App Store package insert" should be rolled out from December 08.12.2020th, XNUMX. The additional information on each app then states which data is collected, analyzed and processed for what exactly. Apple provides the developers with a form in which the relevant information can be noted. "14 categories with different data types are listed here, which developers have to take into account from now on“, It says. Why it is not always easy to fill in is also shown - using the iFun app in the iOS App Store.

M1-Mac with up to six displays: thanks to adapters!

According to official information, the new Mac models with the M1 chip support a maximum of two connected, high-resolution displays. In addition to a 6K monitor on the Mac mini, a 4K monitor can also be fed with video signals. If you want more, you can have more, as a test shows. If you have enough and the right adapters at hand, up to six displays can be connected, berichtet including golem. The article refers to the YouTuber Ruslan Tulupov, who describes his procedure for connecting up to six monitors in two videos. However, it is not only considered how many adapters are required, but also whether the system can then still be used for regular use.

The first new Mac and MacBook models with the M1 chip as "Apple Silicon" are on the market and in use by users. But what does the future hold? Regarding Ming-Chi Kuo and the Twitter user @ L0vetodream report for example Netzwelt (here ) and iFun (here ) that there will be new MacBook models with 2021- and 14-inch displays in the second half of 16. These should offer a new housing as well as the choice between Intel and Apple chips. For 9to5Mac (here ) there is with reference to Patently Apple (here ) also the note that the Touch Bar of the MacBook Pro could be equipped with the Force Touch feature in the future.

Which devices will be compatible with iOS 15?

iPhone 13 in 2021: No connections on the Apple smartphone?

Speaking of the iPhone 13: The Macerkopf offers another exciting one rumorthat to the Apple connoisseur Jon prosser going back. Accordingly, the next iPhone - or at least a version of it - should come without connections (Lightning or USB-C). This not only circumvents the EU's requirement for a standardized connection to smartphones, but also promotes Apple's own MagSafe solution. Apple could then talk its way out, because the MagSafe charger cable has a USB-C connector. Definitely an exciting topic.