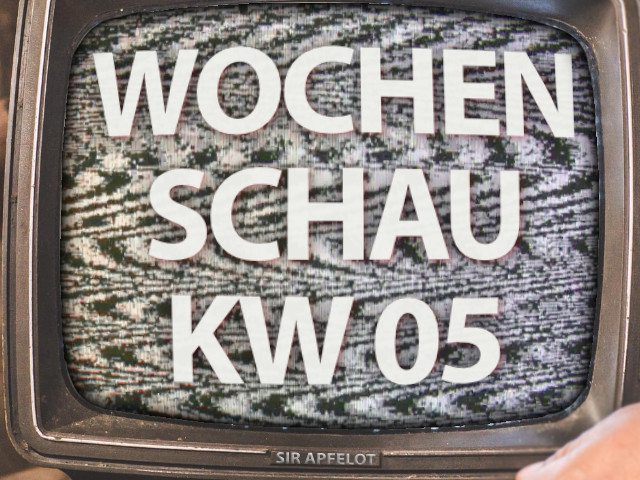 It's the end of January and actually already time for the fifth Sir Apfelot newsreel in 2020. Today, Friday, I'm going to show you the Apple and tech news that caught my eye in calendar week 5 of this still quite fresh year. Among other things, there are: Compatibility of iOS 14, new Ventusky feature, new 5G studies, Avast with data scandal, iMac with a potentially new design, Apple's quarterly figures and interesting things from the video game market. Have I missed something else? Then leave a comment;) 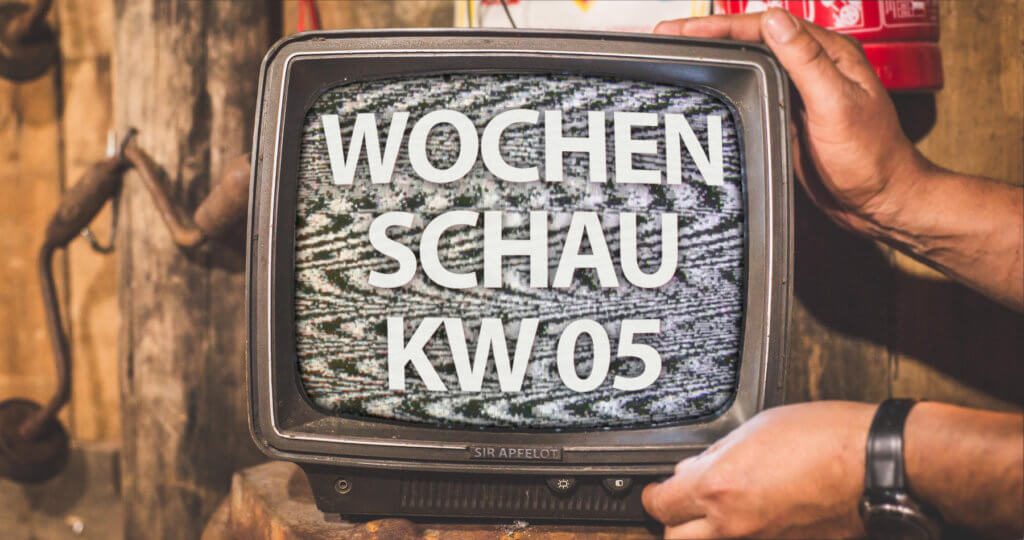 In the Sir Apfelot Wochenschau for calendar week 5 in 2020 you will find, among other things, news on: Compatibility of iOS 14, new Ventusky feature, new 5G studies, Avast with data scandal, iMac with a potentially new design, Apple's quarterly figures and interesting things from the video game market .

At the beginning of June we will certainly be giving another keynote at the opening of the WWDC 2020 can see. Among other things, Apple will present iOS 14 and the new iPadOS. For iPhone and iPad users, the question arises as to which devices will be compatible with the new mobile operating systems. A recent rumor, for example from MacRumors (English) and app dangers (German), says that iOS 14 and iPadOS 14 should work with the same devices that got iOS 13 and iPadOS 13: everything from iPhone SE to iPhone 11 Pro Max as well as iPod touch (Gen 7) and various iPad , iPad Pro, iPad mini and iPad Air models. Overview see MacRumors.

Ventusky is a potent weather app that can also be used in a web browser. I introduced them to you three years ago in this post. Like app dangers now berichtet, there is a new feature for the 3,49 euro iPhone app. This consists of displaying the global data on an earth displayed in 3D. In addition to the other useful features of the Ventusky app, this is an exciting function for viewing the current weather, temperature, precipitation, wave and other meteorological situation in the world as a whole. The weather forecast can also be displayed in this manner.

5G and health: No apparent danger to people

In my Analysis of a WhatsApp chain letter I had already shown you that most (medical) criticism of new cellular standards such as 5G is nonsensical scare tactics. The birds do not fall from the sky because of 5G, nor does a radio mast have to be every 100 meters. All of this is complete nonsense. All-round PC is now all in one for more current data and examinations Entry a. According to this, there is a risk of cancer for rats that have been exposed to high levels of radiation. But the values ​​used were much higher than the expected load in the cellular network. In addition, the type of cancer observed in humans is rather unlikely. One goes into a SWR contribution that you yourself look here can.

Unfortunately, you have to accept that Futurezone has been producing short snippets of information with clickbait and far too stretched posts for some time. With keywords like “Free Movies” and “Netflix Alternative” they had once again attracted both curiosity and attention from me. It went in detail in the corresponding one Post around "Popcorn times“, A platform that I will present to you again separately. The website is by no means a Netflix alternative, but rather something for film students and everyone who is into film classics and non-mainstream films. From silent films (for example “Buster Keaton” strips or “20.000 Leagues Under the Sea” from 1916) to current B and C movies from the 21st century, there is a lot; but not a blockbuster.

I have one message from t3n that should be of particular interest to Windows users snapped. As reported there and in numerous other publications, “Avast Antivirus”, a free antivirus software, spied out and saved the browser data of its users. But that wasn't enough, because the data was then sold to business partners - which should clarify the question of why the software is available for free;) The company "Jumpshot", which belongs to the Avast group of companies, was used for the sale. But not only the seller, but also the buyer of the data are known according to t3n: "Google, Yelp, Microsoft, McKinsey, Pepsi, Sephora, Home Depot, Condé Nast, Intuit and many others ".

The iMac has changed over and over again since its first version in 1998. He has had an interesting development behind him from the sucked-in tube computer to the well-thought-out design computer. Now the next step could be imminent and the appearance of the all-in-one computer could be revolutionized again. Such as iMore berichtet, there is a new patent showing an iMac made from a single, curved piece of glass. The design includes a docking station, which can also be used for MacBooks, and a keyboard slot. Theoretically, the images and the description (see source) can also indicate a new display that functions as a monitor-docking station combination. It is not clear whether and in what form the new device will be released. Not every patent necessarily entails a product.

Quarterly figures and map app: News in the Apple Newsroom

For everyone who wants to stay up-to-date on Apple matters, I recommend not only my Sir Apfelot newsreel, but also a subscription to the Apple Newsroom (e.g. via RSS feed). Here you get the latest press releases from Cupertino right at your fingertips, and even in German. Current reports deal with "Record results for the first quarter"And with the"redesigned Maps app for all users in the United States". It is about the quarterly sales of 91,8 billion US dollars and the completed roll-out of the new map features in the USA. The last message also shows that the new cards with a revised design, look around feature and Co. should also arrive in Europe "in the coming months".

Do you still have a Nintendo Wii standing around that you always wanted to have the manufacturer repaired? Then you should hurry when submitting the console, because Nintendo is discontinuing the corresponding service. The predecessor of the Wii U, which in turn has had to give way to the Nintendo Switch for almost three years now, came out in 2006 and is almost part of the retro equipment. This is also reflected in the availability of spare and replacement parts, such as ntower berichtet. According to the source, Nintendo is therefore discontinuing its repair service (in Japan) on March 31.03.2020, XNUMX. Official repairs: Nintendo support page.

Meanwhile, the network world draws parallels to 2013 in one Entry to the PlayStation 5 from Sony. Because its abbreviation PS5 was recently secured as a brand name by the manufacturer in Switzerland. The same thing happened almost seven years ago with the PlayStation 4 with the abbreviation “PS4”. The console was introduced just a week later. Accordingly, it is now speculated that Sony will present the latest console in a timely manner. So for those who are already waiting, it will be pretty exciting.