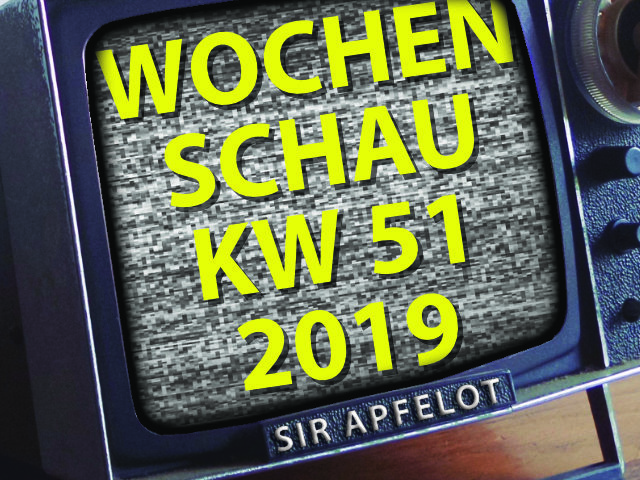 The end of the year is fast approaching. But that doesn't matter, because despite Christmas, New Year's Eve, celebrated festivals and major changes, one thing remains the same: on Friday there's the Sir Apfelot newsreel. And so you will find the latest Apple and tech news in this blog again today. In calendar week 51 of 2019, I particularly noticed these messages: the electric delivery vans are coming, Netflix is ​​hiding the Christmas films, new Photoshop version for the iPad, ARD media library with offline function, smart home standard of the big ones Vendors, PS4 controllers with expansion pieces, and more! 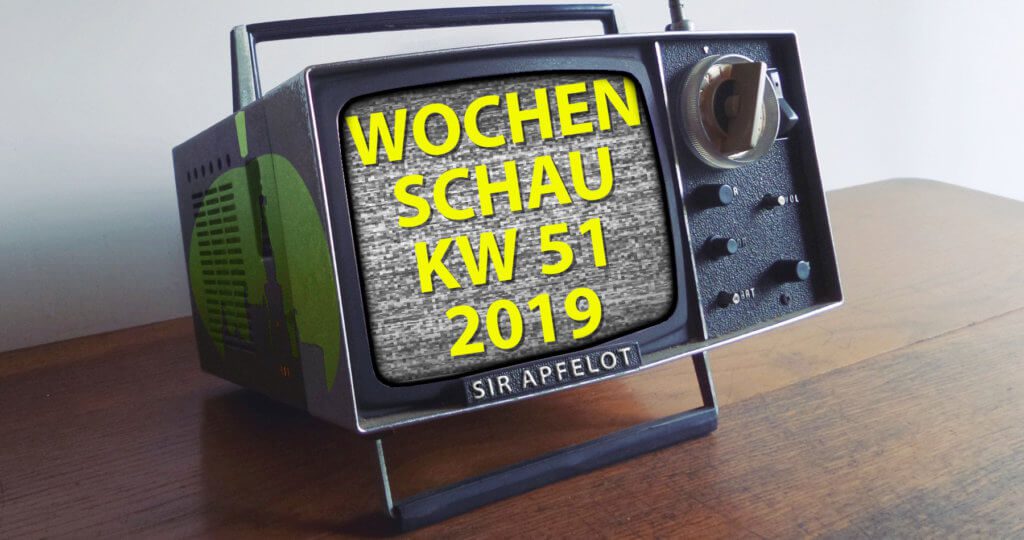 In the Sir Apfelot Wochenschau for calendar week 51 in 2019 you will find the following: E-Transporter for 2020, Netflix and Christmas films, Photoshop on the iPad, ARD media library with offline offer, Connected Home over IP, DOOM and more.

The "Cargo Mover" is to be launched on the market by E.Go in the coming year as an electronically powered delivery van. Now that the manufacturer has already brought a small car and a minibus to those interested in electric cars, this is the next step. In doing so, like Golem shows, the Cargo Mover are based on the same platform as the “People Mover” minibus from 2018. The target group is described as delivery services and craftsmen. The source is a corresponding press release stated by E.Go.

About not-so-secret "secret codes" for Netflix berichtet meanwhile the Berliner Zeitung. When entering the respective code after https://www.netflix.com/browse/genre/ in the address line of the browser and confirming the whole thing with the enter key, the different genres should open up. For example “family-friendly Christmas films” with 1394522 or “nostalgic family films from the 90s” with 1476024. That works, but in some categories only produces one film or even no film at all. Still a nice list with which you might be able to find Christmas films that you couldn't find using the search function because you forgot their name;)

Photoshop 1.1 for iPad with improvements

Friends of the Adobe software “Photoshop” for photo and image processing have loudly complained in the past that the iPad version is not a 1-to-1 port of the Mac version. To compensate for this displeasure, the mobile app is now being sponsored updates with new functions. The latest version is Photoshop 1.1 for the iPad, in which, among other things, working with cloud documents is improved, such as app dangers lists. But dark mode is also supported. In addition, there is now the "Select subject" function, thanks to which the program marks individual, self-recognized objects in the image - such as animals or people. This is also shown by iFun here .

I already told you that the ARD media library should be modernized and adapted to the competition in week 48 set out. Now reports Among other things, the app dangers that there is now, among other things, the "Tatort to take away", as the content of the ARD media library can now be saved locally and viewed offline. The whole thing is possible after updating the iOS app to version 7.2.0. Both the download of the app itself and the update are free. The new offline function is particularly helpful if you want to download content while on the go via WiFi so that you don't use any mobile data volume for the stream later. You can find the ARD app in the Apple App Store.

“Connected Home over IP” as the new smart home standard

As I read at iFun, Apple, Amazon, Google, the Zigbee Alliance and their representatives are striving for a new, common standard for smart home networking. Anyone who is fed up with the many different systems and the search for compatible or even universally usable devices will surely be happy about it. "The aim of the Connected Home over IP project is to simplify development for manufacturers and increase compatibility for consumers. The project is based on the shared belief that intelligent home devices should be safe, reliable and seamless to use“, It says (translated) by official site.

I already have the "Apple Pippin" for you, a video game console that is rightly forgotten at this point shown. In addition to this lagging but still official device, there are also other products that Apple would like to forget. With the PowerCenter 132, MacNotes recently had one the ausgegrab. This PC with the Mac OS operating system was created when Apple licensed the operating system for some computer manufacturers in the mid-1990s in Steve Jobs' absence. The manufacturer PowerComputing was one of the licensees and produced the PowerCenter 132. The company's founder - also a "Steve" - ​​invested a lot of money in the project, which did not pay off through sales, but in 1997 when Apple bought his company. Legally for sale "Hackintosh" models would surely have been the end of the Mac ... More details in the source;)

While everyone is looking towards 2020 in order to be able to play with the PlayStation 5 as quickly as possible, Sony is bringing out a new accessory for the controllers of the PlayStation 4; a so-called "backspace extension". Behind the word monster is an extension of the input options when gaming on the PS4, such as PixelCritics ( here) and MMOBox ( here) show. The good thing about the part: the new back keys that are gained with it have no fixed function, but can be assigned and set by the users. This enables more precise entries. The accessories also come with a small OLED display.

Video games again: The nerds among you should be familiar with the fact that DOOM is available on pretty much all platforms such as PC and consoles. Probably also that some fans of the game or people who want to push the omnipresence of the shooter even further, bring DOOM to numerous devices not intended for this - displays of copiers, graphic calculators, camcorders and so on. Now DOOM has also arrived on a 1998 Kodak camera, like RebelGamer berichtet, On Video by the way, there's more on YouTube.

In this sense: Merry Christmas, a nice light tree festival or whatever else you are celebrating! :) Have a nice holiday! :)