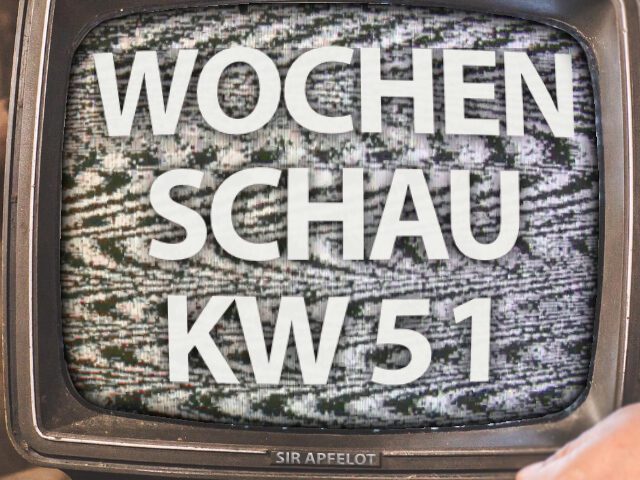 Before the fourth Advent and Christmas approach you, you will get the Sir Apfelot newsreel presented on Friday as usual. This time I'll show you which Apple and tech news caught my eye in calendar week 51 of 2020. These topics include: Update for iOS 12, more and more programs for M1 Macs ready, Facebook and EU rules, teardown of the AirPods Max, supervision for artificial intelligence, Among Us available on another platform, and more. 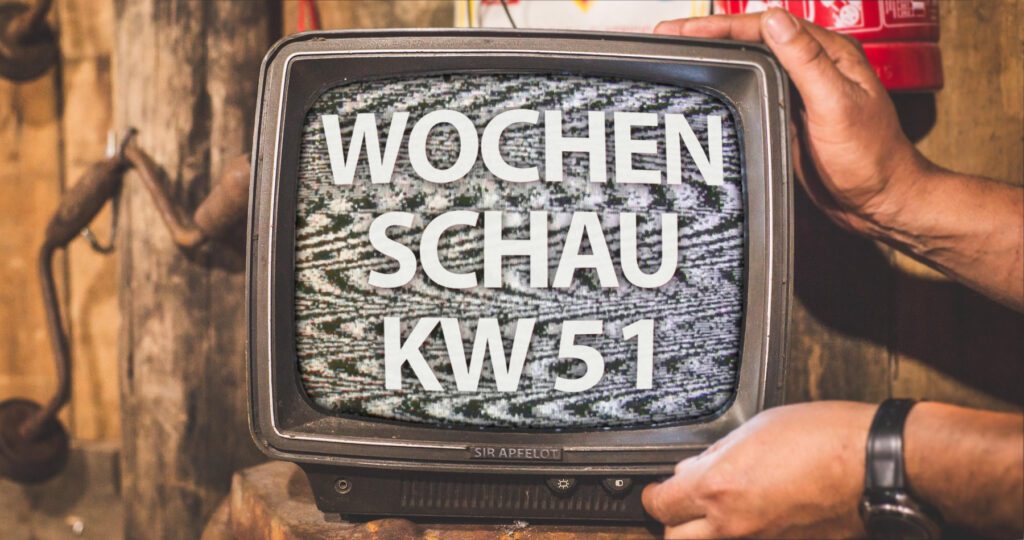 Included in the Sir Apfelot weekly newsreel for calendar week 51 in 2020: Update for iOS 12, more programs for M1 Macs, Facebook and EU rules, supervision for artificial intelligence, Among Us on Nintendo Switch, etc.

This week Apple rolled out an update for mobile devices that are no longer supported. Like the iPhone ticker, among other things shows, the update to iOS 12.5 enables, for example, that the Corona warning app now also runs on older devices. "Apple is fulfilling a demand that has been made repeatedly in politics and society in the context of the corona pandemic and is making the purchase of a reasonably up-to-date device[s] now no longer a basic requirement[,] to participate in the nationwide or Europe-wide contact tracking“, It says in the article.

More and more programs are running on the M1 chip

As iFun shows in several articles, more and more Mac apps can now also be used on new M1 models: here , here and here . For example, the virtualization aids Parallels Desktop and Docker can be used with the “Apple Silicon”, at least in preview or beta versions. It is also said that various Internet browsers have now also been optimized for M1 Macs, for example Mozilla Firefox and Microsoft Edge. Speaking of Microsoft: the Office programs, at least in the “Microsoft 365” package, are also said to have been optimized for Mac models with the M1 chip - including the Word, Excel, PowerPoint and OneNote apps.

The iPhone ticker berichtet from a notice that is displayed to some users of Facebook Messenger or Instagram. It says: "Some features are not available: This is to comply with new rules for intelligence services in Europe. We are working on making them available again.“- With the word“ news services ”the apps are of course meant as services for sending messages, and not the BND or something like that. It also remains unclear, according to the linked source, "what the violations are in detail".

A more extensive one Post on the subject of Facebook and the EU meanwhile, Golem delivers under the heading "EU Commission threatens to break up IT companies". This "threat" emerges from the Digital Markets Act. With this it should now be possible to better control and regulate IT giants such as Facebook, Amazon, Google and also the technology giant Apple. The new paper should "regulate the handling of the large platforms with data, their interoperability and problems with the preference of their own services". Details on criteria and requirements can be found in the linked source as well as in Digital Markets Act himself (PDF, English).

Within the WWDC20 Apple introduced the Clip Codes app. The QR code-like graphics are options for loading the most important functions of an app in order to interact with certain offers or services while on the move. The downloaded app clips should not be larger than 10 MB and thus protect the high-speed mobile Internet volume. You don't have to wait long for the download for spontaneous payments, car sharing or the like. The official launch of the app clip codes and the mini versions of apps has this week the iPhone ticker promulgated.

The iFixit repair platform not only shows how to dismantle older devices, replace parts or make other adjustments. Also, completely new devices are always dismantled to show the repairability and the built-in hardware. There are now also over-ear headphones for the new Apple AirPods Max a corresponding subpage. The illustrated instructions are not yet complete; However, the first eight steps are currently online. Many of the built-in hardware parts have already been named. The rest should probably be added next week.

AI decisions should be contestable

"The EU Agency for Fundamental Rights has issued a report calling for the potentially discriminatory effects of AI to be better researched and for supervision to be strengthened", is it [called here at heise online. The article refers to the European Union Agency for Fundamental Rights (FRA), which calls for systems for artificial intelligence to be monitored and regulated more closely. Because the corresponding algorithms have an increasing influence on society, the economy and, last but not least, politics. However, the AI ​​is not immune to mistakes and wrong decisions. These can show up in larger contexts, but can also have a discriminatory effect on individual people. Details, examples and other statements from the report can be found in the linked source.

Among Us now also for the Nintendo Switch

Finally, a gaming topic for the Christmas season: The game "Among Us", which has been going through the roof for a few months, is now officially playable on the Nintendo Switch. Nintendo announced this via a trailer from the developers. The game can be downloaded from the eStore for just a few euros. Five to ten players complete various tasks in Among Us; except for the imposter. They just pretend they belong and have to unobtrusively hunt down the others. A race for time, similar to the game "Werewolf". Here one Trailerso that you can imagine the whole thing better: