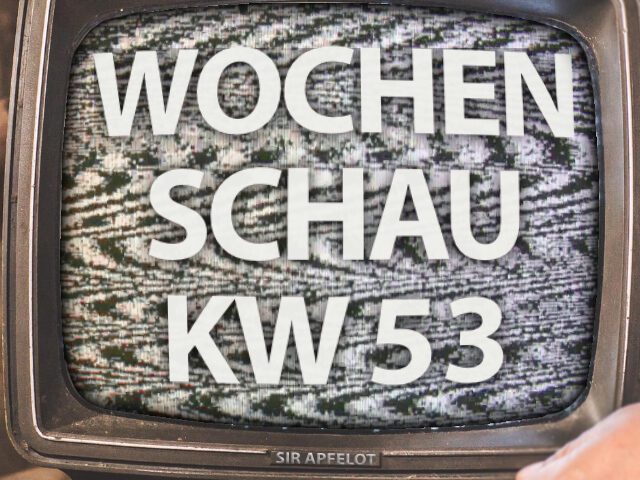 Let's start the year informatively, with a Sir Apfelot newsreel. On the first day of 2021, I'll show you which Apple and tech news caught my eye in calendar week 53 of 2020. Among other things, the following topics are included: cellular communications in the 3G and 5G sectors, Apple Watch and cars from Cupertino, information from the “Chaos Computer Club” event rC3, energy efficiency of federal data centers, indie bestsellers for the Nintendo Switch and more. 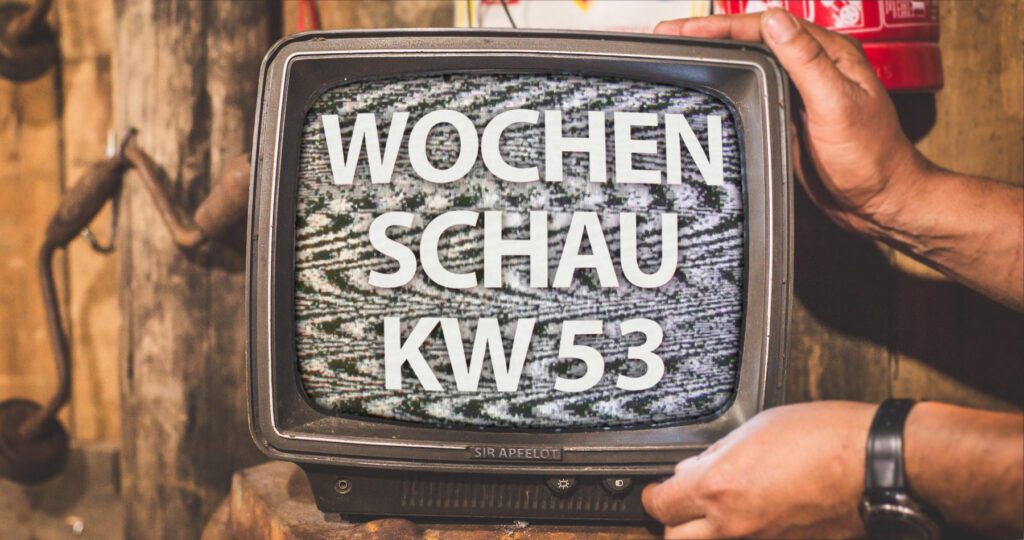 In the Sir Apfelot Wochenschau for calendar week 53 of 2020 you will find, among other things, the following topics: 3G and 5G, “Chaos Computer Club” event rC3, energy efficiency of data centers and indie bestsellers for the Nintendo Switch.

The end of 3G mobile communications

"3G will soon be history“, It says in one Entry the Augsburger Allgemeine. It shows, among other things, that at Vodafone only 2,5% of data traffic from mobile devices is handled via 3G. The radio standard is to be fully adopted in six months. At Telekom, too, users who use 3G should only have a "very small proportion" turn off. Vodafone and Telekom want to remove the radio standard, which was adopted around the turn of the millennium, from their network by June 30, 2021. Telefónica (O2) wants to follow suit by the end of 2021. The freed-up frequencies will then be used for 4G LTE or for the new 5G. You can find details about the cell phone generations here.

The dismantling of 3G mobile communications is therefore progressing. But this not only frees up frequencies for new transmission standards, it also bought additional radio channels for them. In 2020, a certain network size could already be established. What this network expansion looked like at Telekom, that berichtet including the Macerkopf. Referring to a "water level report" from Telekom, the past year was under the sign of 5G and fiber optic expansion. According to the network operator, 55 million people in Germany can theoretically use 5G. 45.000 antennas have been upgraded for this purpose. 98,6% of Germany is also supplied with 4G LTE. Further details, including the landline expansion, can be found in the linked source.

The Chaos Computer Club met digitally at the end of 2020 and discussed important content on systems, programs and other computer topics. You can find details about the rC3 event and other events at https://events.ccc.de. There were also summaries of individual topics on heise online. Here is a selection of exciting articles on important digital content:

Blue Angel: Certificate of poverty for the federal data centers

The Federal Republic of Germany operates at least 177 digital data centers. But only one of them is so energy efficient that it can bear the “Blue Angel” seal. This is shown by Golem magazine at this point on. In the linked source you will find the details on the evaluation of the data centers and various links; including a PDF with the requirements for data centers. In addition, reference is made to the statements of the left-wing politician Anke Domscheit-Berg. She criticizes, among other things, the information situation on the data centers operated by the federal government. It is also criticized that a project to reduce the number of data centers that has been running for years is not being taken seriously and that it is a “billion dollar grave”.

France has apparently taken an example from iFixit and is introducing a “reparability index” on January 1, 2021, like heise online shows. With a value x of 10 and a traffic light color scheme, electronic products are to be marked with regard to their reparability. In addition to PCs, smartphones and televisions, the products that should be labeled in this way also include electric lawnmowers. "The manufacturers must determine their point value using the official catalog of criteria and pass them on to dealers. These in turn have to inform the consumer. Incorrect information should be punishable from 2022“, It says in the linked source. A "durability index" is also planned from 2024.

The first Apple Watch was presented in 2014. But before the device was finished, there were various design ideas, system concepts and prototypes. An early prototype that was not destroyed now appears to have surfaced. This is reported by iTopNews here. The message refers to a Tweet from @AppleDemoYT which shows four photos of the Apple Watch prototype. It looks like a 3D printer iPod mockup and has two bulky buttons on the side. However, the display already has the familiar rectangular shape with rounded corners. The system on the device is said to be a watchOS build that can be dated before the official version 1.0. The Twitter thread shows features that have been adopted into the official system.

Ming-Chi Kuo: Apple Car comes in 2028 at the earliest

It will take at least seven years for Apple to develop its "Project Titan" to the point where the first Apple Car emerges. In corresponding reports at Netzwelt (German) and 9to5Mac (English) refers to the mostly correct Apple analyst Ming-Chi Kuo taken, which gives various reasons for the shift. Because previously it was said from several sides that the Apple Car could be ready for the market in 2024. Various reasons lead to the forecast of the postponement of market entry, including Apple's lag in the areas of autonomous driving and AI. There is currently a backlog of approx. 5 years.

If you're looking for games for the Nintendo Switch from indie developers for the first weekend in 2021, then this could be you "Indie World" video from December 29.12.2020th, XNUMX be of help. Nintendo shows last year's bestsellers and lists titles such as Hades, Streets of Rage 4, Spiritfarer, Moving Out, Ori and the Will of the Wisps, Carrion, What the Golf ?, Superliminal, The Jackbox Party Pack and many more . You can find the video with the link above on YouTube or in the following embedded player: