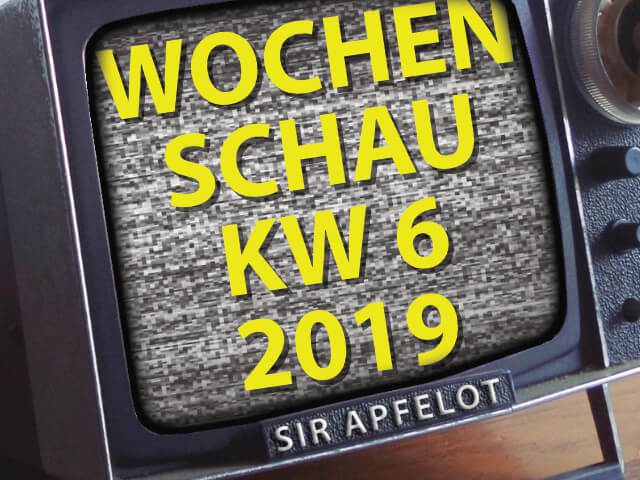 In this week's Sir Apfelot Wochenschau you will find the Apple and tech news that caught my eye in calendar week 6 of 2019. This includes, among others, Twitter, Skype, Apple in 1984 and today, Adobe Premiere on the MacBook Pro and WhatsApp. If you still want to share one or the other interesting news from this week, please leave a corresponding comment under this post; of course with the appropriate (reputable) source;) 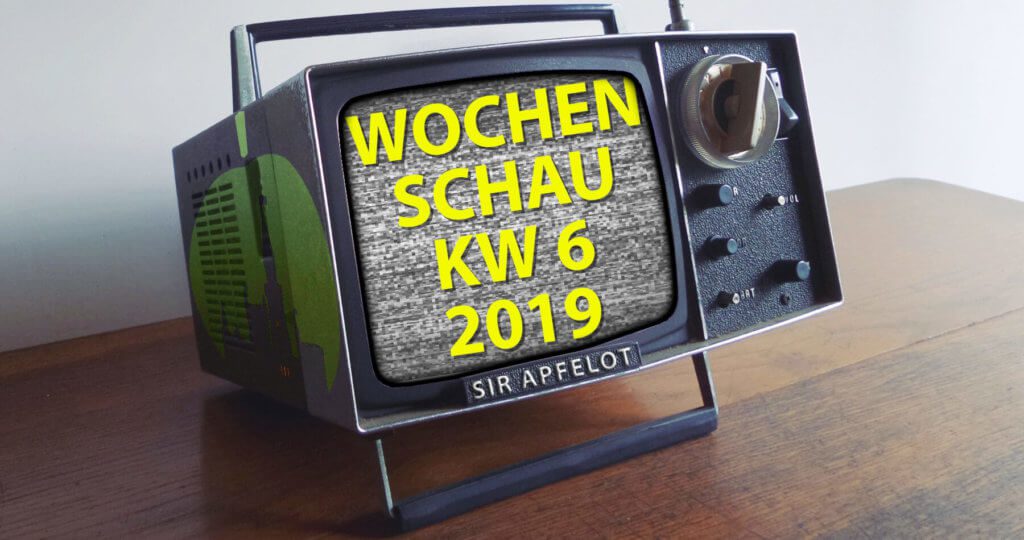 One Entry According to 9to5Mac, Twitter could soon offer users the opportunity to edit their tweets. The magazine relies on a statement by Jack Dorsey, co-founder and CEO of Twitter. However - and that's only logical - you should still be able to call up the original version of the tweet. As is customary on other platforms, the note "edited" or the like will certainly appear in an edited tweet. In this way, answers and reactions can also be better understood if the content of the contribution is completely changed.

As known from the portrait mode of the iPhone and other photo and video options, the background can now also be blurred during a Skype call. According to Microsoft, the update should be rolled out equally for the versions on the Apple Mac, Windows PC and Linux computer (Skype Blog). A footnote explains, however, that there is no guarantee that the background will always be blurry after activating the corresponding option. Logical, because after all, this is a software feature when using the webcam and not an actual blurring that is achieved through the use of a special lens or several cameras.

About 2 million user accounts are supposed to block WhatsApp every month, reports 9to5Mac at this point. Automatic tools are used for this. Above all, spam and phishing accounts would be banned from the messenger cosmos. Three points of the automatic registration of malicious accounts are also mentioned in the article:

Which Apple fanboy doesn't know her, the iconic and popular culture often quoted 1984 advertisement from Apple? With her the Macintosh was announced. The Business Insider now has an expanded report on the topic published the storyboard for the spot. The report also shows that the advertising company involved at the time had already made several proposals, but these were always rejected. But the success of the idea, which Steve Jobs especially liked, did not last long: demonstrations in front of a test audience showed that the spot was poorly received. Business Insider also shows that (here ) on. Fortunately, the advertising made it on air anyway: D

How, among other things, app dangers shows, the 14-year-old boy, who was the first to report the well-known FaceTime bug to Apple, is to be richly rewarded. Although he would not be entitled to the bug bounty program per se, an exception should be made. Apple pays registered security researchers in the aforementioned program up to US $ 200.000 for each security vulnerability discovered. The boy and his mother, who found the bug in early January, are now supposed to meet with an Apple manager to make a payment. This should be between 25.000 and 200.000 US dollars. The money will go to the boy's education.

Adobe Premiere on MacBook Pro speakers will be damaged

Including MacRumors (here ) and 9to5Mac (here ) report a high number of user reports relating to the “Adobe Premiere” app. On the Apple MacBook Pro, this should be able to ensure that the audio output is at a maximum loud level. Not only is this annoying, it is also supposed to damage the speakers on the macOS laptop. Messages from users can be, for example in the Adobe forum Find. Among other things, it says about the suddenly occurring, loud noises:

I just blew my speakers (Macbook Pro 15 ″ 2018) on Adobe Premiere. They are permanently damaged. I was using the Adobe Premiere 2019 Audio suite for background sound and while tweaking the settings it made a loud distorted noise that hurt even my ears. after that my speakers are unusable.

HomePod in the US: With 6% market share behind Echo and Google Home

Current CIRP statistics, including 9to5Mac presents, shows that the Apple HomePod has not yet really arrived in the US. Due to the lower prices, the offers from Amazon and Google dominate among the 66 million smart speakers used in the United States. With around 45 million pieces, the Amazon Echo leads the list in its various versions. That makes up almost 70% of the market. Google Home follows with a significantly lower share: around 24%. Only 6% is accounted for by the Apple HomePod, which is unlikely to catch up significantly due to its high price. Incidentally, the figures refer to December 2018.

Apple soon with its own modem chips?

After Apple once treated Qualcomm as the exclusive supplier for modem chips, but has also been installing Intel chips in iPhones and other mobile devices since 2016 and has completely turned its back on Qualcomm since 2018, the wireless components are now to be designed in-house. The reports Reuters with reference to unspecified sources. Johny Srouji, the Senior Vice President of the Hardware Technologies division, is now responsible for the development of own modem chips for mobile use of cellular networks, Internet, Bluetooth, etc. The current efforts could be a sign that Apple wants to be able to equip itself independently of suppliers in the coming 5G era.