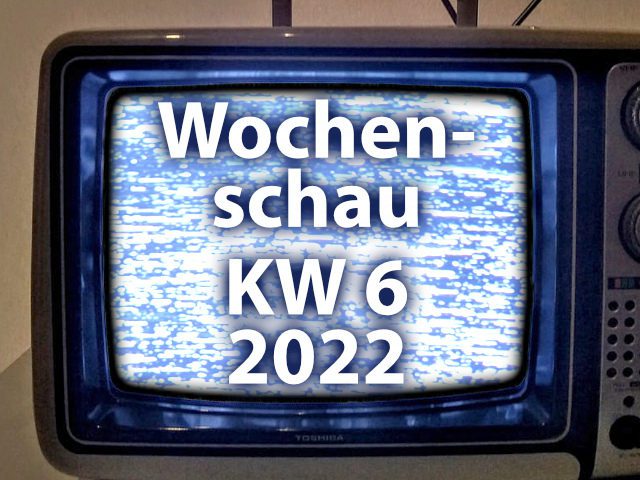 It's Friday again and high time for a new edition of the Sir Apfelot newsreel. Today I will show you which Apple and tech news I particularly noticed in calendar week 6 of 2022. Included are the following news items: Imager updated for 64-bit Raspberry Pi OS, important updates for Apple devices are ready, rumors about the new Mac Mini, realityOS and Apple app for classical music, growing "Apple Pay" usage registered with the Sparkasse, Nintendo Direct with new games as well as classics, and much more.

In the Sir Apfelot newsreel for calendar week 6 of 2022 you will find information about the new Raspberry Pi OS Imager, emergency updates for Apple systems, AI Music, rumors about new Apple releases such as realityOS and a classic app, details about the recent Nintendo Direct, and more!

I told you that after a long beta phase the official 64-bit operating system for the Raspberry Pi is now available already shown last week. A related one Articles I found this week at iFun. It reports that the Raspberry Pi Imager has been upgraded to the new system. With the program it is possible under macOS, Windows and Linux to copy a bootable version of the system to an SDmemory card play up. In addition to the standard function of the app, there is also a more professional view that can be called up with the shortcut Shift + cmd + X. This is interesting for Raspi projects without graphical output, e.g. B. a WLAN connection must be preset.

Among other things, last night heise online reported a “Emergency patch for iPhones, iPads and Macs" berichtet. The article is about iOS 15.3.1, iPadOS 15.3.1, macOS 12.2.1 and watchOS 8.4.2. The first three are designed to close a vulnerability that is already being actively exploited. It says that the updates would "a memory error in the Browserengine WebKit, which can be used to inject malicious code“. The MacBook is also said to have fixed the bug that causes Bluetooth connections to drain the battery too much. Just take a look at the settings of your devices; I just got the update to iOS 15.3.1 displayed on the iPhone.

Apple connoisseur Mark Gurman spoke to Bloomberg about a company purchase berichtet. In detail, it is about the purchase of AI Music by Apple. AI Music was founded in London in 2016 and had around two dozen employees when it was acquired. It specializes in the production of music using artificial intelligence. However, this music was not intended for radio or direct streaming, but through the creation of soundtracks and jingles as an aid for marketing, advertising, creative projects and the like. Apple could use the service z. B. upgrade the Fitness+ offer or have photo slideshows accompanied by music more individually by users.

I have already summarized what we can possibly expect from an Apple keynote in March 2022 here: Apple Event in March - What can we expect? In the course of this week, however, more information and rumors have emerged that may only be confirmed or proven false at WWDC22 in June. In detail, it is about a newly designed Mac Mini with an M2 chip or M1 Pro and M1 Max, a realityOS for Apple's AR/VR glasses and a new classic app that is supposed to specialize in classic sounds in addition to the regular music app. Sources and further explanations on the topics can be found here here., here. and here..

When Apple Pay came up in Germany, the savings banks were not so enthusiastic and instead opted for their own solutions for mobile payment via smartphone. The Sparkasse account can now be linked to Apple Pay, which apparently pleases the customers of the banking association. Among other things, iTopNews goes in one Articles to corresponding statements by the German Savings Banks and Giro Association. According to this, around 2021 million customers have been using the option of contactless payment via Apple device since 2,5. Last year there were only 1,5 million. More information can be found in the linked source.

As part of a new Nintendo Direct, which could be followed via stream on YouTube, Nintendo presented new releases for the current console on February 9, 2022. In addition to a new soccer game from the Mario series, Splatoon 3, STAR WARS: The Force Unleashed and Assassin's Creed The Ezio Collection there was also new information about the game that was briefly presented Kirby and the forgotten land. The sci-fi classic is also coming Portal in both parts on the switch. There is even more retro Earthbound, which is available as an online subscription SNES title. All titles and the entire presentation can be found in the YouTube video.