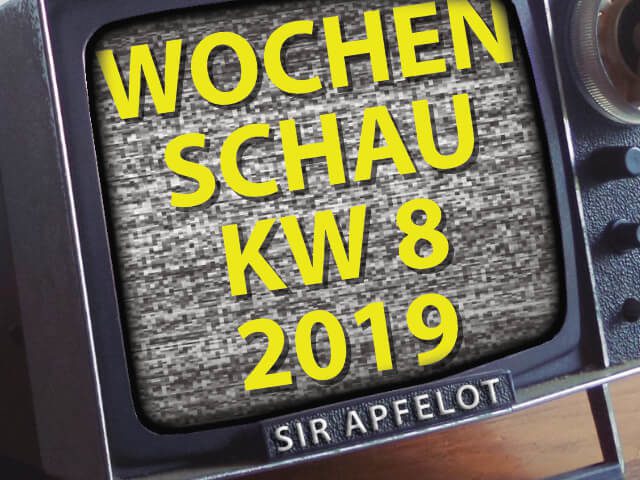 The weekend is within your grasp and that's why it's time for one again at this point Sir Apfelot newsreel. This time I'll show you which Apple and tech news caught my eye in calendar week 8 of 2019. This week there are: Xiaomi, Samsung, Amazon, Twitter, Emojis and of course messages about Apple. Do you want to express your opinion on the topics shown or share some other news? Then please leave a comment under this post. 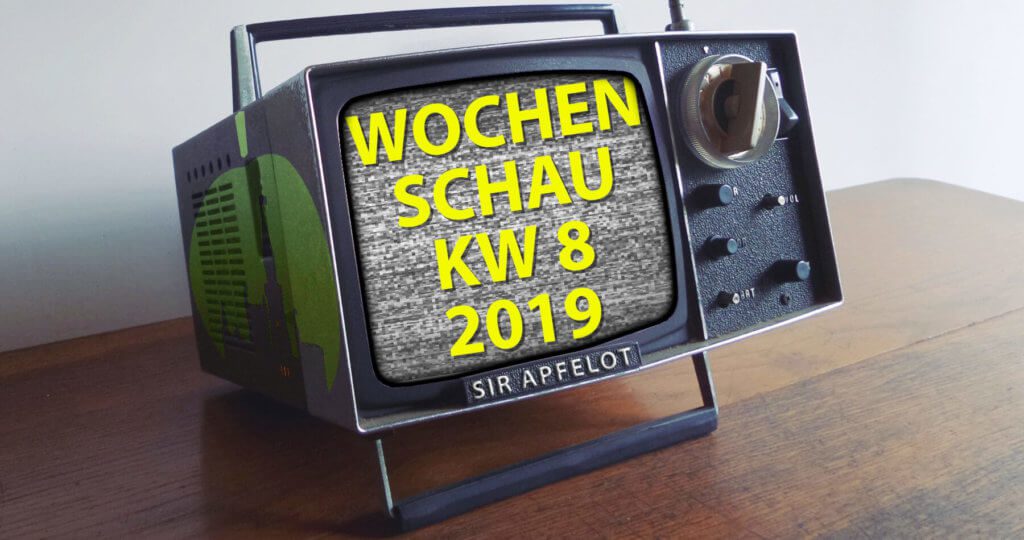 The Sir Apfelot weekly newsreel for week 8 in 2019 is about Xiaomi, Samsung, Amazon, Twitter, emojis and of course messages about Apple.

Like the specialist magazine Onlinehandel-News berichtet, there was a lawsuit by Amazon against a retailer because the latter paid for some reviews of its products but did not flag the reviews it had bought. The retailer in turn argued that he would have provided his reviews with a corresponding note, but this was removed by Amazon (by algorithm or manually). In addition, Amazon buys reviews itself via its so-called Vine program with free test products. In the end, Amazon is acting largely unlawful itself and should not / should not have taken action against the retailer.

When the court needs to interpret emojis

And again the subject of litigation: as in one Entry from 9to5Mac means, there are more and more proceedings in which the court has to interpret the meaning of emojis and emoji combinations in digital communication. One example was the promise of a prospective tenant to the landlord, so that the landlord assumed that the prospective tenant was now to be seen as the tenant for the apartment in question. But emojis can land in court not only as an answer or description of a fact or an act. As it says on the linked page above, disputes or threat scenarios could also arise if, for example, an iOS user sends the innocent-looking water gun emoji, which is displayed as a revolver on Android.

Twitter tool for transparency in election campaigns comes to Europe

Xiaomi, the tech and lifestyle giant from China, unveiled new smartphones this week, which some sources are already calling the flagship killers of 2019. Amongst other things in this report on the Xiaomi Mi 9 The specs to be considered in this context are shown: an FHD + Super AMOLED display with HDR10, triple camera, Snapdragon 855 Octa-Core CPU, up to 12 GB RAM, USB-C and a price between 392 EUR and 523 EUR. In the linked post you will also find pictures and a hands-on video about the boring data. A “small” version of the Android smartphone was also presented. You can find information and details about the Xiaomi Mi 9 SE here..

With the new smartphone models Galaxy S10, S10e and S10 +, Samsung also launched new phones this week. You can find one at Netzwelt, among others Compare. A special 5G version of the smartphone that supports the upcoming cellular frequencies is also aimed directly at the future. The prices range between EUR 749 and EUR 1.599.

Also on Netzwelt you will find a report on the "Samsung Galaxy Fold", the folding cell phone from Samsung that can be used as a smartphone and tablet. The device, which costs around EUR 2.000, makes the market ready for foldable and foldable mobile devices of the smart generation. We can be curious to see what kind of answer other manufacturers will present.

Let's come to the topic of Apple, but stick to flexible smart devices. Like MacRumors shows, Apple was awarded a patent this week for a new Apple Watch design, which is a flexible display with a MicroLED screen, which not only extends over the area of ​​the dial but also over the bracelet - or parts of it . The fact that we will see such smartwatches from Cupertino in the future can also be concluded because Apple once bought out the MicroLED screen manufacturer LuxVue. Further interesting insights and details as well as pictures of the patent can be found in the linked article.

Cross-platform apps for iOS and macOS from 2021

Under the code name “Marzipan”, Apple has been trying for some time to implement multi-platform apps for iOS on iPhone and iPad as well as for macOS on Mac, iMac and MacBook. Like among other things MacRumors and App threats With regard to Bloomberg reports, developers should be able to publish such apps from 2021. The app stores will then also be combined. An interesting thing that we can look forward to for another two years.

Like iFun with reference to Manager Magazin shows, Apple's “Project Titan” is now being kept even smaller than previously assumed. Already in the weekly newsreel for week 4 I have shown that there were around 200 layoffs in the project from which innovative autonomous electric cars were expected. It is now reported that Apple will only be able to expect short-term electric minibuses that are intended as shuttles for their own employees. A market entry with Apple cars for the end user is not expected before 2023.

"USB audio hardware: cannot be used on current Macs", headlines iFun in another post. As it shows, the problem lies in the built-in T2 chips that can be found in the iMac Pro, Mac mini (2018), MacBook Air (2018) and MacBook Pro (2018). The problem can be avoided by using equipment that is connected via Thunderbolt or FireWire. There should also be a work-around about the time settings of the macOS system. You can find details in the linked article.

In 2018, Apple announced a new Mac Pro for this year, about which there are currently several rumors. This new Apple computer should be modular and convertible so that the pro users can adapt it to their needs. In addition, it should be the most powerful Mac of all time, which should also make VR projects and cinema productions realizable with ease. The berichtet including MacRumors. It is not yet clear whether we will see new details or the finished product at Apple WWDC 2019 - but it is conceivable. In addition, Apple could also present its new Pro Display there, which measures 31,6 inches in the screen diagonal and should bring a 6K resolution.

"The development studio Niantic has approved a number of measures in the course of a court hearing, with which residents can defend themselves better," writes Golem here.. It also shows that homeowners have a right to a distance of 40 meters from a so-called Pokéstop. If 10 or more players come together at one location, a corresponding message will also be displayed in the Pokémon GO app. According to the linked report, Niantic should respond to complaints within 15 days. So people who feel bothered by the crowds of players can get rid of the crowds by updating the game accordingly. The whole thing could be groundbreaking for more games of this kind.