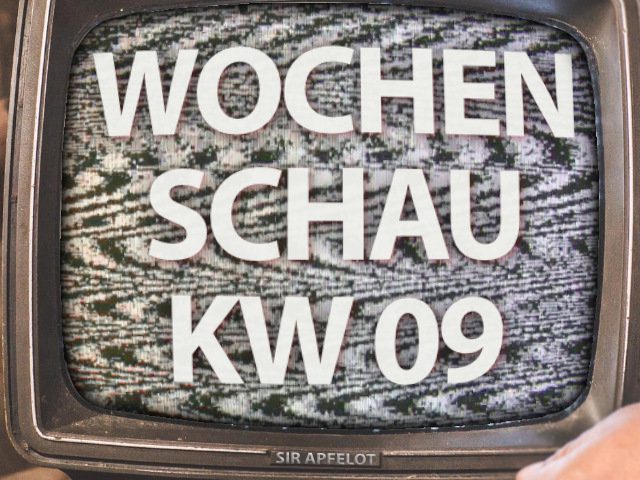 Two months are almost over and it's Friday again. That means that you will get a Sir Apfelot newsreel again today. There you will find the Apple and tech news that caught my eye in calendar week 9 of 2020. Among others: Steve Jobs' 65th birthday, BSI requirement for smartphone security, update for serif apps, mouse problems with iPads, patent shows possible feature of the PS5 controller and much more! Feel free to leave a comment if you have something exciting this week as well  have read or seen;) 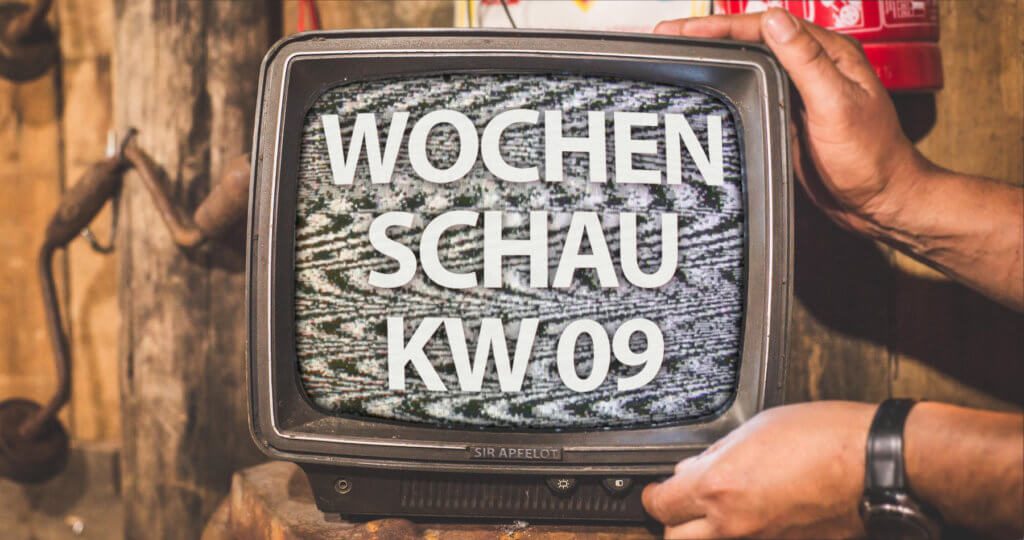 Included in the Sir Apfelot newsreel for calendar week 9 in 2020: senseless data storage of the NSA, biofeedback in the PS5 controller, Magic Mouse under iPadOS 13.3, Kr00k security hole, Steve Jobs' birthday, and more!

Apple co-founder Steve Jobs would have turned 65 last Monday. The technology visionary, who died in 2011, brought many new features and innovations to the technology market with his company: the Mac, the iMac, the iPod, the iPhone, the iPad and more. Meanwhile, the Apple product family has grown further. If you want to find out more about Steve Jobs, his life and work, then I recommend you the official biography by Walter Isaacson. If you're more into biographical films, you can use this comparison to find your favorite for the weekend film night: Steve Jobs Film - Which strip portrays the Apple founder best?

Do you often use DropBox and especially the documents in the cloud that you can use with others and even edit at the same time? And are you also a fan of dark modes on devices and in apps? Then you've been very lucky recently. Because DropBox has now also introduced a dark mode. To illustrate this, here is an excerpt from the document with which I prepared this edition of the Sir Apfelot newsreel:

Like Golem, for example berichtet, the Federal Office for Information Security (BSI) has published new requirements for smartphone manufacturers with regard to the durability and security of their products. One of the requirements of the catalog is that smartphones should receive updates for their operating system for at least 5 years. While this is somewhat adhered to at Apple (see p. IOS 13 compatibility list), there is a lot of problems in the Android area. In addition to the period of time in which security updates are granted, there is still the point of criticism that updates do not reach all users directly, but take a very long time to get from Google to the end device. You can find the entire list of requirements dated February 25.02.2020, XNUMX at this point.

Also worth reporting - for example here at heise online - is the fact that the software developers at Serif have each given their affinity apps an extensive update. Affinity Photo, Affinity Designer and Affinity Publisher are now up to date and can use new functions. Serif also informs all users of this via email. For Affinity Photo 1.8 (already patched to 1.8.1) it said, among other things, that Adobe files including smart objects can now be inserted and edited in Affinity Photo. The Affinity Publisher meanwhile supports the IDML import. There's even more information on the Affinity website. And here is the innovation that first catches the eye with Affinity Photo - the selection of presets with the option of creating your own predefined formats: 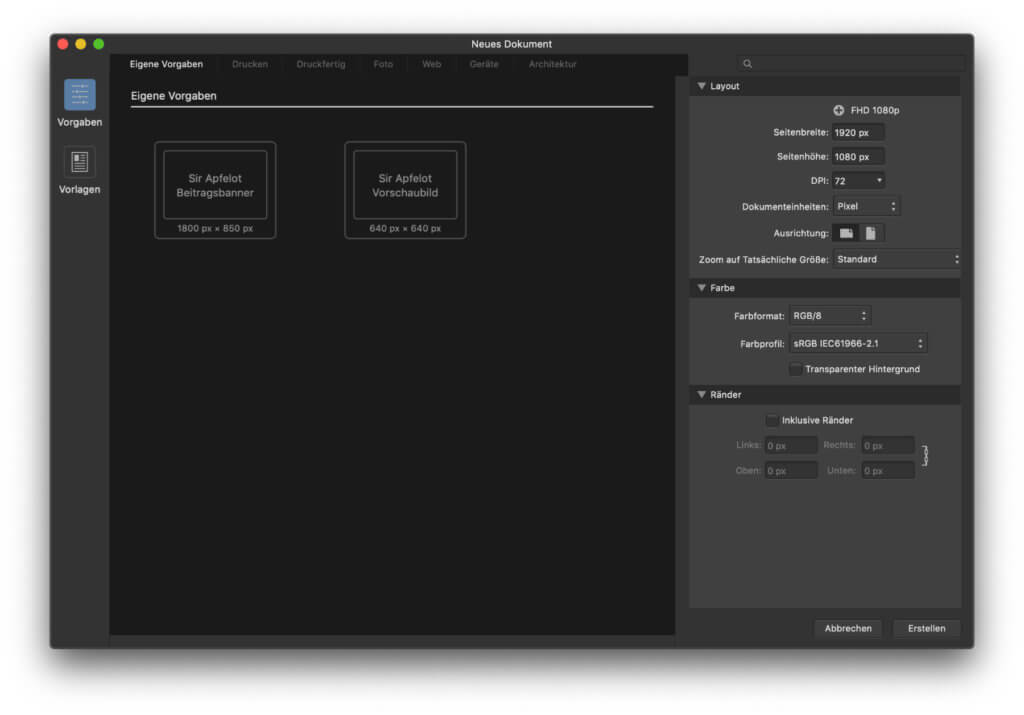 NSA data retention: $ 100 million for next to nothing

Let's move from pleasant update messages to surprising surveillance news: like Golem, among others shows, US military intelligence data retention has done next to nothing. Reference is made to a 106-page report, which you partially blackened here as PDF is present. In summary, in the post linked above, the NSA used the data retention data for 15 reports, of which the FBI was able to use two for new findings. The first FBI approach did nothing; only the second then brought a new approach to investigation. You can find more figures and data about the 100 million dollar project, which can only boast a phone number as a success, in the Golem article.

Again at heise online I have it Note found that there are apparently currently problems using Apple's own Magic Mouse (both 1 and 2) on mobile devices such as the iPad Pro. There should have been problems using the iPadOS version 13.2 and higher. As of iPadOS 13.3, the coupling of the Apple mouse with the Apple tablet via Bluetooth should no longer have worked at all. Even the connection via cable only causes the mouse to be displayed as a usable device for a moment. But that doesn't matter, because the mouse cannot be used with the cable connected (on the underside) anyway. In the 13.4 beta of the operating system, the problem doesn't seem to be resolved yet, which is why the question is whether it's just a stupid bug or a nasty feature.

Golem, among others, has reported the security vulnerability known as "Kr00k" at this point. According to the report, Kr00k affects WLAN chips manufactured by Broadcom for smart devices. With the mini modems, "parts of the WLAN traffic" can therefore be read, as it is called. In detail, these are parts of the data traffic that should actually be protected against unauthorized access by WPA2 encryption. The widespread use of the chips affects a wide variety of devices: In addition to the Raspberry Pi 3 and some Android smartphones, Mac models, iPads and iPhones from Apple. There are also Kindle and Echo devices from Amazon. More details on Kr00k can be found in the source.

Biofeedback as a feature of the PS5 controller?

With every patent it is of course unclear whether what is shown ultimately ends up in the finished product. PlayM im Post to the DualShock 5 controller for the new PlayStation 5. Because as a patent from the manufacturer Sony shows, a so-called biofeedback could be considered for the PS5 controller. Sensors on the handles of the gamepad are supposed to measure the heart rate and the perspiration of the user's hands. The game played should then be adjusted accordingly. This function of the controller could open up completely new possibilities for action, racing, horror and shooter games alike. This also opens up new possibilities in VR. The PS5 controller with biofeedback is still just a rumor.