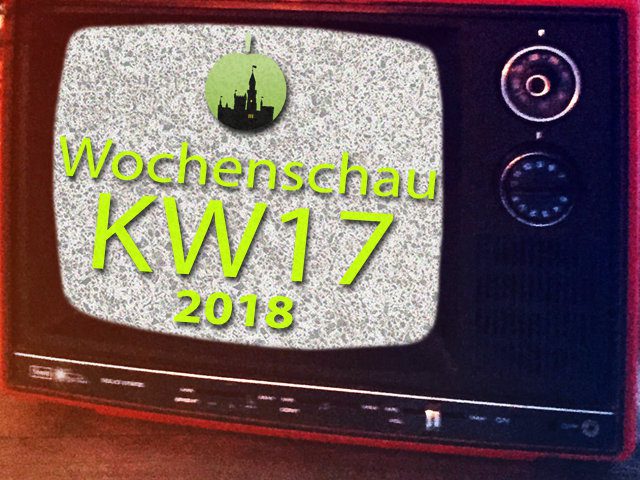 The end of the week is here and today is the last Sir Apfelot newsreel in April 2018. In this post I look back with you on the reports that caught my eye this week. If you also have interesting Apple and tech news from calendar week 17, please leave it there as a comment, including a (reputable) source;) But now I come to a security update for macOS and Safari, a battery replacement Program, sales figures in China, a funny Microsoft message and the new version of the Litchi app, which now also includes the DJI Mavic Air unterstützt. 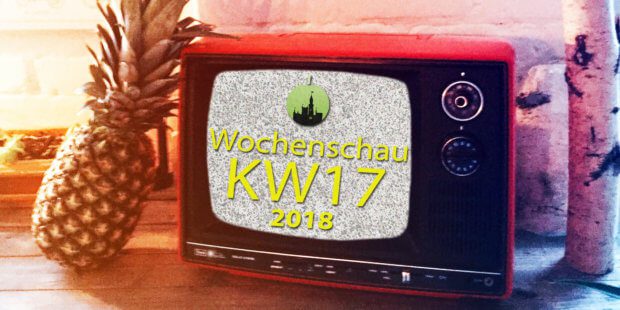 The Sir Apfelot weekly newsreel for calendar week 17 2018 is about Apple updates and exchange programs, a meeting between Tim Cook and Donald Trump, the new version of the Litchi app and much more.

If you have the current Apple operating system for computers, macOS 10.13 High Sierra, installed on your Mac, then you should take a look at the App Store and there in the update overview. The 2018-001 security update has been available for download and installation for a few days. It closes two security holes through which third parties can secure user rights on the computer. There is also a Safari update for OS X El Capitan 10.11.6, macOS Sierra 10.12.6 and macOS High Sierra 10.13.4, which also takes action against security gaps.

You can find the update for macOS 10.13 High Sierra in the App Store. It will require restarting the Mac.

Like among other things Apple news reports that there is a battery exchange program for the MacBook Pro 13 ″ without Touch Bar, as the built-in batteries can inflate. The reason for this is a defect in devices that were sold between October 2016 and October 2017. You can find out by comparing the serial number of your model whether your device falls under the program and you can therefore get a new and safe battery for free. The corresponding support page from Apple is this: Battery replacement program for 13 ″ MacBook Pro (without Touch Bar).

Commercials and tutorials for Apple iPad and Pencil

Auf dem "Apple United Kingdom" channel on YouTube numerous new videos have been uploaded in the last few days. Among other things, there are new small commercials that advertise the use of iPad and Pencil. Among others the apps Notes, Photos, Keynote and markup are the focus. Videos on the subject of the iMac Pro were also uploaded in between, but this was followed by six how-to videos on the iPad, in which the pencil is again used as an input device. So if you want to learn something about this, click on the link above.

In Washington DC, USA - to be precise: in the White House - there was a meeting between Apple CEO Tim Cook and US President Donald Trump. In addition to tax payments, the conversation was also about Apple's growth in the USA, including the construction of new production facilities, the creation of jobs, etc. But the topic of China also seems to have been addressed. After all, China is an important market - both for components and for the sale of apple products. There are details about the meeting at CNBC (English) and at MacLife (German).

China: Xiaomi is taking market shares from Apple and Samsung

On Canalys website you can look at interesting figures from the smartphone market in China. There, among other things, the growth from Q1 2012 to Q1 2018 is shown as well as the total deliveries of devices. A clear decline can be seen at the beginning of this year. There was also a growth in market shares with manufacturers such as Huawei and Xiaomi. Oppo and Vivo also grew. Samsung's sales have slumped by half and Apple also had to lose shares in the market - both now clearly belong to the "Other" category in the overviews.

The Litchi app is perfect for programming drone flights for video recordings in advance. Functions such as point of interest and curved flights with Bézier curves result in extremely smooth tracking shots. An example of a film that I really like and that was made with a DJI Phantom 4 and Litchi is this one:

What is remarkable about the video: Despite the astonishing length of 10 minutes, it only has one cut (probably a camera shake that was removed). You could never do it freehand. ;) You can find the updates and new features of the current versions of the Litchi app for preset drone flights in the developer log. The download for iOS is available here:

Under the name "Snappables" you can find it in the selfie and exchange app Snapchat now also augmented reality games in which you use your face or head as a control element. For example, you can use facial expressions to move a spaceship, lift weights, use animated filter effects and the like. How silly that looks (not only) in public, Snapchat shows you in a commercial for the new Snappable functions:

Like it to read at Futurezone Microsoft had built a little riddle into an internal test version of Windows 8. It is a grid structure in which there are letters - and underneath the note: "Shhh ... Let's not leak our hard work". The joking note, which was installed as a screen background on the internal computers along with the puzzles, was largely taken as a warning.

Some developers thought that it was a security feature and that if there was a leak, the publishing developer would be exposed by a watermark. However, it was just a puzzle meant as a joke that resulted in the solution “Start Me Up”, the marketing slogan of Windows 95. Has the whole story Jensen Harris on Twitter rolled up.