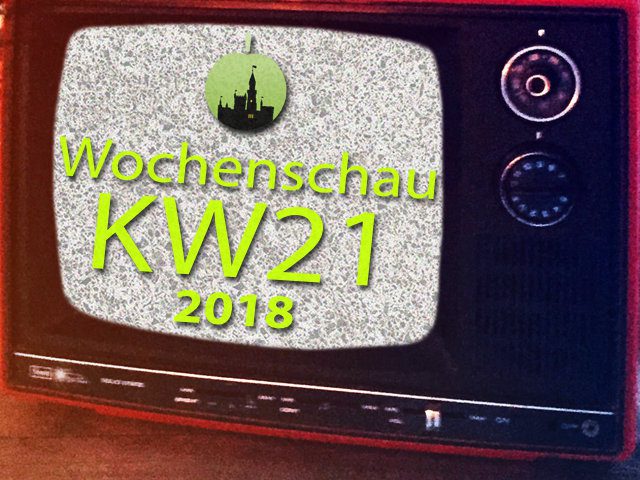 Today is Friday, May 25th, 2018. Not only is this the deadline on which the new General Data Protection Regulation of the European Union (EU-GDPR) comes into force, but also the occasion for a new Sir Apfelot newsreel. This time there is Apple and tech news that caught my eye in calendar week 21 in particular. In addition to Bitcoin mining, there is also a Samsung advertisement, the term "algorithm", the hearing of Mark Zuckerberg in front of the European Parliament, user data at Apple, a new Netflix series, APFS and the live stream of the WWDC 2018 as well as other topics play a role. Have fun getting information! 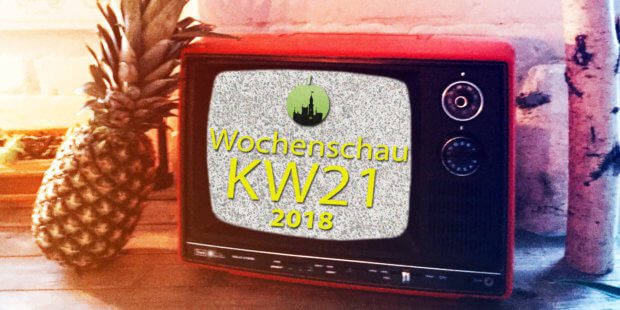 Bitcoins have experienced an unbelievable hype in the last few years and thus also a decent boom. The cryptocurrency, which is largely unregulated for added value on the Internet or via blockchain, can be "promoted" by pretty much anyone - with the corresponding expense allowance, through which the "miners" hope for wealth. The worldwide system has already drawn so many people under its spell that energy consumption will soon take up 5% of global electricity consumption. That reports among other things the specialist magazine t3n based on calculations by the Dutch analyst Alex de Vries.

Applepage names a new Samsung advertisement for the current smartphone model Galaxy S9 "ridiculous", since the cell phone is compared to the iPhone 6. On the other hand, one can argue that it is mainly about a possible upgrade. Should an Apple user buy an iPhone 8 or iPhone X in a few years with the prospect of further throttling of the current models? Or should he switch to Samsung? From this point of view, the spot doesn't seem so ridiculous anymore. What do you think about the topic? You can watch the video here:

What is an algorithm? Many Germans don't know!

The Futurezone I read an interesting statement: "Germans don't know what an algorithm is" - the basis for this was a survey by the Bertelsmann Foundation. According to this, two thirds of those questioned have heard the term “algorithm” before, but only half know that it is used for automation on the Internet by well-known services such as Facebook and Google. Only a third also know that algorithms are used in the HR or medical sector. The basic statement: About half of the Germans surveyed cannot do anything with the term itself. Now, if you're wondering what an algorithm is, here's a quote from the Futurezone article:

The term algorithm describes a series of instructions that are carried out step by step in order to solve a problem or complete a task. In the case of a search engine, for example, the algorithm determines which web page is displayed in which position in the search results.

Zuckerberg's EU hearing was a farce

Many parameters for the last hearing of Mark Zuckerberg before the European Parliament were specified by himself or his Facebook team. This in itself is a signal that the survey would be a disaster. Among other things, all sorts of questions were asked first, which Zuckerberg then wanted to answer. This ended up with just reading a prepared speech with platitudes and familiar phrases. Over 40 questions were asked according to 9to5Mac not answered and the hearing was basically pointless.

Mini-consoles with preinstalled games from Nintendo are currently in vogue; Some of the NES Classic Mini and SNES Classic Mini even had to be reissued to meet demand. Among other things at Futurezone there was now a report with reference to “Digital Trends”, which gives hope for a return of the N64. In addition, it should be noted that the trademark "Game Boy" has been registered again by Nintendo - that means that there could also be a new edition in the sense of the handheld. Very exciting!

As recently announced on a large scale, there will be a new cartoon series on Netflix from August, which comes in the well-known design of the Simpsons or Futurama. The series “Disenchantment” does not take place in the present (Simpsons) or in the future (Futurama), but - you already guessed it - in the past. It is about a hard-drinking medieval princess who is on the road with a goblin and a demon. Sounds interesting? Then you can (the few so far) details at Netflix and Facebook . view

Despite court rulings and the EU's GDPR, which comes into force today, WhatsApp diligently passes on user data to the parent company Facebook. The berichtet for example t3n. In addition to the registered telephone number, usage information as well as device information, operating system, network code and so on are transmitted. If you take a look at the information on data usage provided by WhatsApp, you will notice that user information is not only passed on to Facebook, but also to "trustworthy third-party providers". According to the linked article, this is not permitted.

GDPR: Requesting data Apple has from one

Some iMac history: How Steve Jobs revolutionized the computing world 20 years ago

From a current topic to a bit of computer history. 20 years ago, Steve Jobs presented a corresponding Keynote the first iMac. The complete computer with Internet hardware, loudspeakers and monitor not only gave private and professional users the opportunity to access the Internet quickly and easily (for the conditions at the time), but also broke with the design of computer equipment that was prevalent at the time. The blue, semi-transparent case, in contrast to the edgy gray and black of the industry, exuded much more individuality, future-consciousness and innovation. More on this you read at the Handelsblatt ;)

After the successor to the HFS + file system was announced in 2016, Apple devices such as the iPhone, iPad and Mac were finally updated to APFS in 2017. Mac models with Fusion Drive were left out, however, and there was a corresponding upgrade mainly for computers with flash memories (SSD). After a year, however, Apple's Fusion Drive Macs will also be supplied with APFS. I have a corresponding message at WinFuture found.

Stuck keys, malfunctions and other problems with the keyboard - in the USA, the land of limited impossibilities, this is leading to a class action lawsuit against Apple. Current MacBook models, which are equipped with particularly thin keys and the butterfly mechanism for the same, are susceptible to this. MacWelt reports on the lawsuit, the corresponding law firm and their previous action against the Cupertino-based company in this post. It also shows that Apple's solution for stuck keys is currently cleaning the MacBook keyboard with compressed air. My thought about it: just connect a cheap external keyboard and type without any problems: D

The final piece of news on Apple, and for this article in general, is basically no surprise: there's a live streamed broadcast of the opening presentation of Apple's 2018 World Wide Developers Conference. You can watch the stream on June 4, 2018, at 19:00 p.m. local time (10:00 a.m. local time) on this website look at. Are you already planning something or don't understand English? No problem! Just have a look shortly after the event or on June 5th Sir-Apfelot.de over - then I'll have published a summary;)