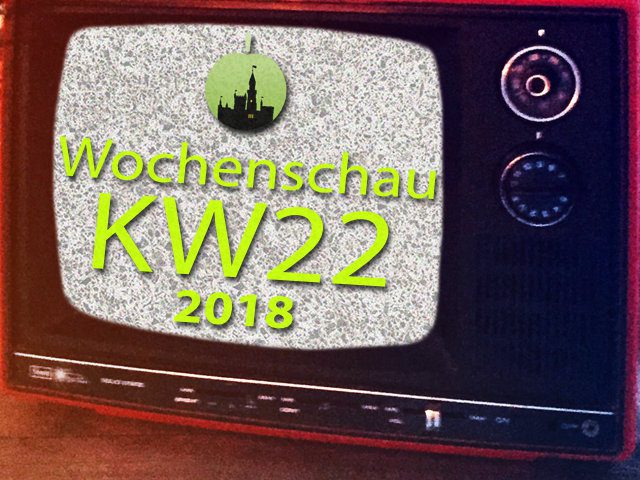 Today is not only Children's Day, but also Friday again and thus time for the Sir Apfelot newsreel! This time I'll show you which Apple and tech news caught my eye in calendar week 22 in 2018. In the following I give the key point from the respective reports and contributions and link the source so that you can obtain further information if you are interested. Today, the topics include: Apple HomePod in Germany, Embetty von Heise, Apple Pay for street musicians, iOS 12 for iPhone and iPad, the WWDC app, inexpensive Amazon films, Pokémon and listening voice assistants. 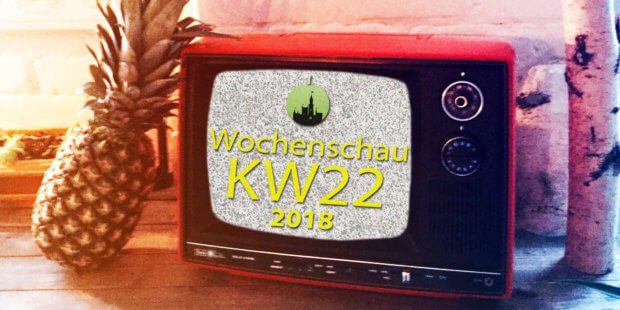 The Sir Apfelot Wochenschau for week 22 2018 is about: Apple HomePod, Pokémon on the Switch, Amazon film bargains, Apple Pay in London, Embetty and more!

Film evening with Amazon: blockbusters for only 99 cents

Let's start with the Amazon films special offer for today's party and film evening. Today there are again ten films from comedy to thriller and sci-fi strips to romance and a children's film. These films can only be rented today from Amazon Prime Video for only 0,99 EUR: Stephen King's Es, Blade Runner 2049, Bad Moms 2, Snowman, Love to Visit, The LEGO NINJAGO Movie, Grießnockerlaffäre, The Secret Man, Detroit, Jigsaw . You can find the link to the action page in this message.

According to a post on Futurezone (view here) the FBI has issued a list of Internet routers that should be restarted to protect against Russian hackers. It is not clear whether the organization “Fancy Bear” or the group “APT 28” is behind it. If you want to be on the safe side, restart your internet router if you recognize your model:

Initiative in London: street musicians can be paid with Apple Pay

"London is one of the capitals of the world for contactless payments, which is pretty handy for wandering around without cash - but which can be a problem for street musicians ..." writes 9to5Mac in this post and at the same time delivers the solution. Because London's mayor wants to go along with iZettle ensure that musicians on the street can also receive benefits with contactless payment, i.e. with Apple Pay. To do this, however, they have to stand at certain terminals, register there and specify the amount of the possible donations. So if you want to spontaneously play music somewhere and get money for it, you have to continue to rely on coins and bills.

Embed a tweet here, link a Facebook post there and finally put a YouTube video on the topic in the article - all of this could be a bit more difficult thanks to the new EU GDPR. Because if you look at the embedded content, you pass on some of your user data to the source page.

"Embetty" is supposed to prevent this and serve as an information lock that only passes on the data of the users when they explicitly click on the social media content - and thus actively decide to interact with Facebook, Twitter, YouTube and Co. You can get information about the open source project and how to use it in your blog on the heise website.

Apple HomePod from June 18 in Germany

The Apple HomePod (here is a test report) has long since arrived in many households in the USA, Great Britain and Australia. In this country we have had to wait until now; but on June 18, 2018, it should now also land on the German market. In addition, this is the starting signal for sales in France and Canada. Amongst other things the MacLife side reported this with reference to BuzzFeed. At the same time it was reported that Apple AirPlay 2 is now available, with which certain speakers can be coupled and used in duplicate as a stereo arrangement.

iOS 11.4 has been released. In addition to the AirPlay 2 already mentioned above and the stereo use of two HomePods, the update also serves other points. So some bugs have been fixed and things have been improved; In addition, "Messages" are now supported in the iCloud. Among other things, app dangers to it Details summarized.

Has the same page for apps and operating systems at this point already opened a question and answer session on iOS 12. What should the new OS for Apple iPhone, iPad and iPod Touch be able to do? Will augmented reality play an engaging role? In the comments, some interesting ideas (as well as silly ones) are already collected.

The new iOS 12, along with other innovations, will certainly be featured at the Apple Keynote WWDC 2018 presented. The event on June 4th introduces the multi-day conference and is sure to be very exciting. Those who take part or just want to deal with the World Wide Developers Conference in great detail can use the official iOS app. This became like MacRumors shows here, already updated for the upcoming developer meeting. A schedule, a map with all halls and other venues as well as videos and news can be called up there.

Are you being overheard by Siri, Alexa and Google?

If you want to know which keywords Alexa wakes up with and starts recording your commands or which cases of accidental data use there have already been, then take a look in this article from Futurezone. Here, not only are individual cases shown that fuel the horror scenario of the constantly listening digital assistant, but also how to look at the list of recordings to check when Alexa was listening. The article also provides tips and hints for other voice assistants.

Pokémon for the Nintendo Switch

Finally, this time we have some Nintendo news again! Because the video game giant from Japan has announced several Pokémon games for the Nintendo Switch. "Pokémon Quest" is already available for download and invites you into a world dominated by cubes, which is certainly useful for children and Minecraft fans. I think it takes getting used to.

But there is also “Let's Go, Pokémon!”, Which sounds so similar to the mobile app “Pokémon Go” for a reason. Because the game can be linked to the app and your own Pokémon can be used across systems. In the manner of "Pokémon Yellow" (Game Boy), but in a revamped 3D world you travel through Kanto either with Pikachu or Eevee by your side. Here are the videos for both named games: