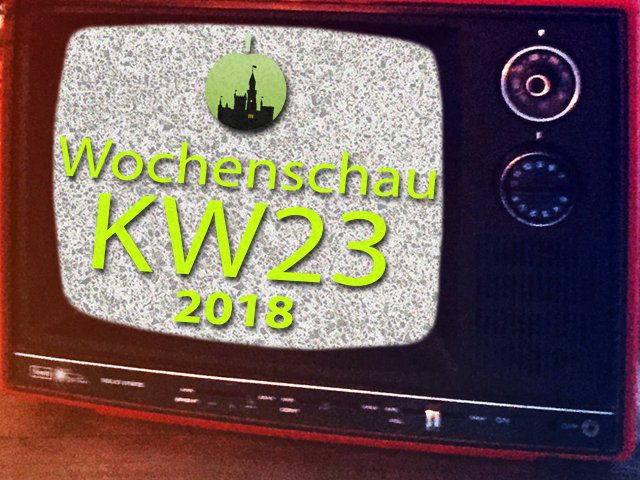 The weekend will be in a few hours and that's why it's time for the Sir Apfelot newsreel again. This time I'll show you the Apple and tech news that caught my eye in calendar week 23 of 2018. Of course, it is about Apple's WWDC18, but also reports to Telekom, Microsoft, GitHub and a lawsuit because of an allegedly counterfeit / "stolen" logo. If you still want to share exciting news from the last few days, please do so including a (reputable) source as a comment;) 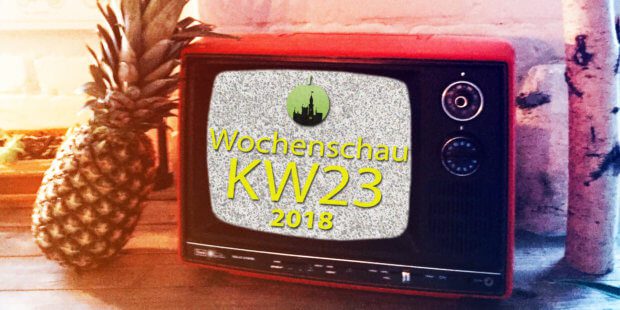 This week's Sir Apfelot Wochenschau is about WWDC 2018 in San Jose, Apple Park, Microsoft and the sea, Facebook and data protection, telecom and cell phone theft and a lot more!

This year's World Wide Developers Conference in San Jose was marked by Apple with the traditional JuneKeynote opened. The topics were clearly specified in Tim Cook's introduction to the event: "Today is all about software!" - rumors about an iPhone SE 2, new MacBooks or a new Mac mini were immediately eliminated. All information about the new versions of iOS, macOS, watchOS and tvOS can be found in the summaries here in the blog:

Wie der iPhone ticker reported, Deutsche Telekom is making efforts to set up a central blacklist for stolen cell phones. This should ensure that users can block their devices for further use regardless of the provider or other hurdles. Telekom can currently use the device IMEI to deactivate stolen cell phones for its own network; but if a Vodafone or Telefónica SIM is used in it, then that doesn't help at all. The central database is to be based on blockchain technology and also serve as a source of information for buyers of used devices. There are also details at Telekom.

... and scares developers off. For example 9to5Mac writes in a corresponding Post : "Microsoft Acquires GitHub Software Developer Platform For $ 7,5 Billion, Churn Begins". This not only addresses the purchase of the platform confirmed by MS, but also confirmed cases of mistrust and migration on the part of the developers concerned, who fear for the open system of GitHub. They are now overflowing with competing services like GitLab or BitBucket. This is confirmed by GitLab itself in this tweet. You can find a German message on the topic at heise online.

Data centers in the sea: cool, corrosion-proof and environmentally friendly

Microsoft once again: the software giant has sunk a data center in the sea off the coast of Ireland - why, among other things, the specialist magazine t3n shows in this post on. Microsoft has been working on data centers that can be operated underwater for a long time. The advantages are the permanent cooling by the surrounding sea water, the exclusion of oxygen from the hardware, which curbs the corrosion and makes the components more durable, as well as the possibility to operate the technology directly on site by wind or tidal power plants. The idea is of course not yet ready for the market; There are interesting details in the linked post. My question about this: how is maintenance / hardware replacement implemented?

According to a ruling by the European Court of Justice (ECJ), anyone who sets up a fan page (like page) on Facebook is jointly responsible for data protection with the social media platform. The inadequate data protection provided by Facebook is thus shifted onto the to-do list of companies, fan page operators, members of the public, agencies, site operators and everyone else. Among other things, they deal with this in corresponding articles eRecht24 and hot online. You don't have to close your Facebook page right away, there is also to read at heise. According to an analysis of the situation, you don't have to start with a new one GDPR warning wave expected.

Apple sues: "Siri Shortcuts" logo is said to have been stolen

Let's talk about Apple again in the next few paragraphs. A startup that wants to enable its users to create websites via blockchain has filed a lawsuit against the technology giant Cupertino aimed at. The subject of the legal dispute is the logo of the startup called “Shift”. This has certain similarities to the logo of the "Siri Shortcuts" app presented on Monday at the WWDC18 keynote. Therefore, Apple should now refrain from using it and keep their hands off the Shift logo or pay $ 200.000, which the startup would need for a rebrand. There are details about the case at 9to5Mac.

As part of the WWDC18 keynote, not only the shortcuts for Siri on the iPhone running iOS 12 were presented, but also the new operating system for the Apple Watch – watchOS 5. Of course, for those present in San Jose and all the other 20 million developers, it gave up a corresponding one for the whole world Beta version to try things out, write apps and develop services. The problem: the watchOS 5 beta seems to make the watch unusable for some users. This is reported, for example, by MacRumors at this point. This also includes a quote from the download page:

Seed 1 of watchOS 5 is temporarily unavailable. We are investigating an issue that occurs while updating. If you've experienced any issues, please contact AppleCare.

Here in the Sir Apfelot blog it was admittedly no longer about Apple Park, Apple's second campus and company headquarters in Cupertino, which is laid out in a circle and has a lot of green space (hence the name). While surfing MacRumors this week, however, I stumbled upon drone videos that give an update on Apple Park. These not only show the site and building in general, but also how the windows are cleaned there, for example. Check it out: