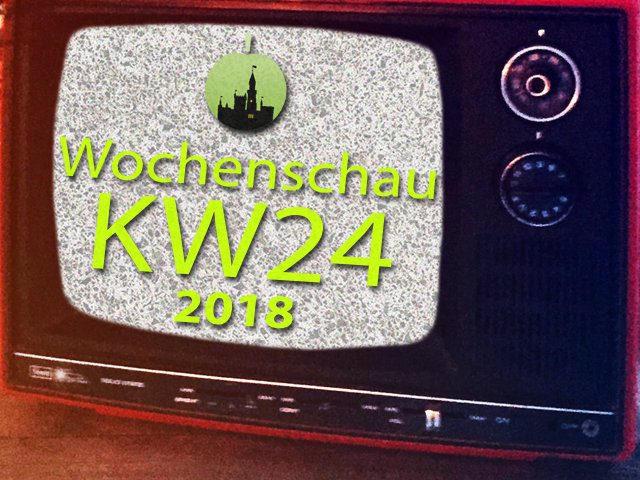 Today is not only Friday, but also the first day with a Sir Apfelot newsreel as part of the 2018 World Cup! Of course, there will be one or the other message about the sport that is currently celebrated around the world in the following paragraphs. However, as in the weeks before, special Apple and tech news, which I noticed particularly in calendar week 24, will play the main role. And before it comes to foldable smartphones, Tim Cook, terms and conditions and apps for nature exploration, one more note: You are not allowed to use this newsreel to manufacture nuclear weapons;) 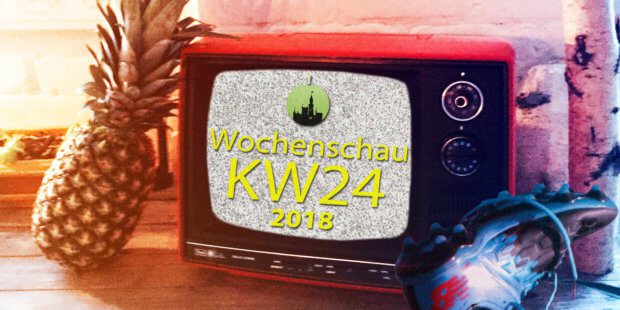 This Sir Apfelot newsreel is about the 2018 World Cup, terms and conditions and nuclear weapons, an interview with Tim Cook, malware in fans, the Raspberry Pi, a NABU app and more!

Foldable smartphone: Samsung could introduce the first model in 2019

Among other things, Futurezone has in one post reports that Samsung could bring the first smartphone with a foldable display onto the market or first introduce it to the public next year. Citing the Korea Times are already the  Estimated device dimensions shown: 4,5 inches when folded and 7,3 inches when unfolded. The expected price was also mentioned: 2 million won or 1.580 euros.

Tim Cook, the CEO of Apple, gave David Rubenstein an interview for his show and for Bloomberg, which among other things drove the app in one article has picked up. In addition to other information, the interview (here completely in the video) also reproduced Tim Cook's memories of the application to Apple after the recent takeover of Steve Jobs:

"Steve had come back to Apple and was more or less replacing the management team at the time," said Cook. “I saw that as a good opportunity to talk to the guy who started the whole industry. Steve met me on a Saturday and we only spoke for a few minutes. I was totally shocked - I wanted to be there. There was a sparkle in his eyes that I've never seen before in a CEO. Somehow he seemed to have turned left while everyone else had turned right. In everything he talked about there was something extraordinary, different from the known wisdom. "

New “Behind the Mac” video campaign from Apple

Just a few hours ago Apple started a new campaign on the Mac or MacBook on the official YouTube channel. Four videos have been released under the title “Behind the Mac”; one that is more general and three that specifically relate to creative users. Bruce Hall (blind photographer), Peter Kariuki (programmer) and Claire Boucher “Grimes” (music artist) - as well as their use of the MacBook - are portrayed. Here are the videos:

Let's come back to Futurezone - I have one there Post found some very interesting information on Apple terms and conditions and quite amusing, matching tweets. In detail, it is about the terms of use or terms and conditions of software such as iTunes. It states, for example, that the software may not be used for purposes that violate (US) law. It is also explicitly stated that the development, design or manufacture of missiles, nuclear, chemical or biological weapons is prohibited.

After one Tweet There was further reaction from James O'Malley, according to which these guidelines had more substance than the document signed by Trump and Kim. About a picture of Kim Jon-un and an iMac on his desk - a sign that he is clearly not allowed to work on nuclear weapons. You can find these and other reactions in the linked post.

USA and North Korea again: When Kim Jon-un and Donald Trump met, the world not only watched decisions and events from afar; around 3.000 journalists were also present on site. For each of these, North Korea had a goodie bag ready with information brochures, but also content appropriate to the heat: a fan, a small bottle of water and a USBFan. As yet unconfirmed, several journalists and security guards warned against connecting the fans to smartphones, tablets, laptops etc. Fear of malware, Trojans and tracking was fueled. Details are at OnlineMarketing.de.

Summer is just around the corner. So that young and old can learn something about nature and the variety of insects it contains this year, the NABU insect knowledge app has been used berichtet. The free app can be downloaded free of charge from the iOS App Store and not only includes images to identify the six-legged animals, but also extensive information on each flying creature and crawling animal in text form. You get the 341,7 MB program realized by Mullen & Pohland GbR with this link and with the following app box:

Tupperware in the online shop - the end of Tupperware parties?

Somewhat different news from the Internet will probably be nice to read for anyone interested in marketing: Tupperware is now focusing on online sales. I have that this week read at Futurezone. After around 50 years of direct sales via "Tupperware", announced but never realized Tupperware stores, anyone who needs a new plastic box, microwave dishes, knives, scissors or other kitchen gadgets can now order them online. The website tupperware.de offers in addition to the purchase offers but also a magazine / blog and a recipe collection, a Hashtag-Board and of course information about Tupper parties and how to become a "party manager".

This week is a bit Futurezone-heavy; however, there have been interesting reports there in the past few days. Among other things, the topic of USB-C was taken apart with the promises made at the introduction. It seems that the only real benefit of USB-C is that you can't insert the plug upside down into the socket. Otherwise the expectations will not be met; there are no uniform standards for cables and supported features and thus also problems with the use of charging stations, power supplies, cables and end devices. Everything in detail you read here.

There was a Raspberry Pi Jam or a Raspjamming called Raspjamming at the Grazer Linuxtage, like that Austrian edition of the future zone reported. There was a mix of a lecture on hardware and software as well as a workshop for the practical application of what had been learned. With their own materials or materials borrowed on site, the participants were able to implement freely chosen projects and ask questions about them. If you want to tinker with the Raspberry Pi at home or in your own jam session with others, you can find information, instructions and other materials at http://raspjamming.at download.

Spoiler alert: the final of the soccer World Cup has already been decided!

Finally, one last message from the future zone : D It's about an artificial intelligence from Goldman Sachs, which is said to have already calculated which national team will win the 2018 World Cup in Russia. Accordingly, Brazil will beat Germany in the final.

Although France would also have a chance to defeat Germany, the French team will face Brazil in the semi-finals. By the way, England flies home after the quarter-finals against Germany. More forecasts and details about the AI ​​and the amount of data that it has evaluated can be found in the linked article;) And if you still feel like going to the World Cup, then you can too track on all Apple devices.