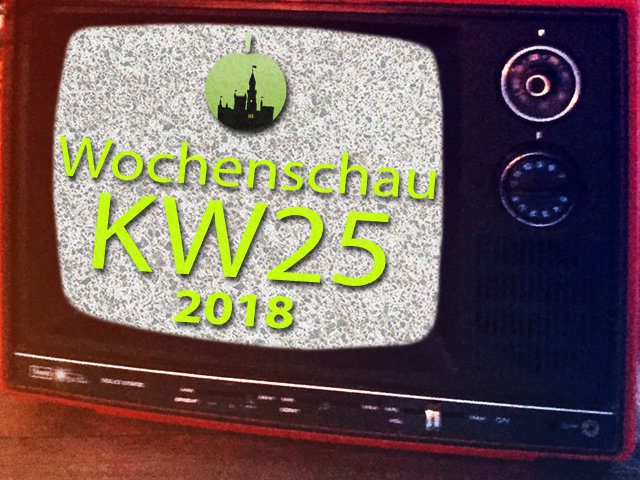 Google Home, Dropbox, a new ICD disease, the Apple iPhone without connections, advertising on Facebook and more are the subject of the Sir Apfelot newsreel for calendar week 25 in 2018 today. Summarized news that caught my eye in the past week. There is also something to report about iOS 12 and even Huawei comes up with a message this time. Do you have an exciting, interesting or worth knowing report? Then leave it with a (serious) source as a comment;) 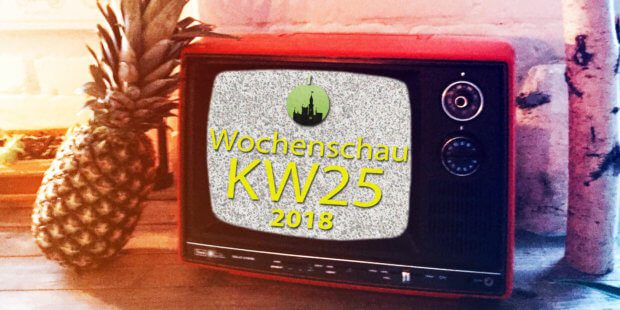 Article 13, iOS 12, the HomePod, Apple Pay, Facebook Messenger, an ICD disease and more are topics of the Sir Apfelot Wochenschau 25 in 2018.

On the Internet, it is currently hard to ignore the catchphrase “Article 13”. This has to do with a new EU regulation on copyright and ancillary copyright law. What sounds good at first is, in detail, a severe restriction and censorship of the Internet as we know, use and appreciate it today. I have you details on Article 13, the related Article 11 and a petition that is directed against it summarized in this post. There you will also find a video by a legal expert who explains the whole topic again in detail.

I use Dropbox Paper pretty much every day to communicate with colleagues, as well as assigning orders and calling up their processing status. In the last few days, however, there have been repeated failures and / or long loading times. At first I thought it was due to Firefox or my internet connection. However, there was then the following message on the side of the cloud service itself:

If you also use Dropbox Paper and want to stay up to date on failures, performance problems and maintenance, have a look here: https://status.dropbox.com/

I don't know about you, but for me Siri is only responsible for very simple things: "Timer for 45 minutes" or "Turn on the light in the bedroom" - she can manage that. I have had such disappointing results with many other things that I have since given up. With the HomePod, which I ordered, of course, Siri will get a few new opportunities, but it does hurt a little when you see that Google Home is already accepting several commands in a row ( ), while with Siri you often have to say the same command three times until she understands what you want.

According to CNN the so-called "Gaming Disorder" is now officially a restriction of mental health according to ICD-11. The eleventh edition of the "International Classification of Diseases" describes the gaming disorder as a disease in which the person concerned assigns video games to other tasks, life or social obligations - also and especially if the person is already aware of this as negative . You can find the exact wording (in English) on the official website of the WHO. Incidentally, not every video game fan is “sick” - the assignment of the disease should only apply to very few people. However, inclusion in the ICD is intended to draw the attention of medical professionals around the world to the issue.

Like 9to5Mac berichtet, Facebook is currently rolling out a new feature for the Messenger app. These are not new stickers, a simpler user interface or cool chat innovations, but autoplay advertising. Video advertising in Facebook Messenger that also blows its messages towards the user by itself? Somehow, Facebook always manages to top it off on the last bad headlines about the company.

Now we come to this week's Apple reports; and let's start with the Apple HomePod, which is now also available in Canada, France and Germany. For the market launch of the smart speaker for at home, which comes with Siri as a voice assistant, Apple published five help videos on its in-house, German-language YouTube channel to make it easier to start using the HomePod. You can find the videos with this link or (if your not currently reading the ad the Sir Apfelot app uses) directly under this paragraph;)

There is also news about the iOS 12 mobile operating system from Apple, which will be released for all users in the fall. As various sources report, the location data of the iPhone used for this purpose is automatically transmitted - at least for the time being in the USA - when an emergency call is made to the appropriate headquarters. So if you are stranded in an unknown place on the highway or in an unknown city you don't know the name of the street you are on, that is no longer a problem. Emergency calls that cannot be spoken (openly) are also more efficient - for example in the case of domestic violence or hostage-taking. Swell: 9to5Mac and MacRumors

Like app dangers reported at this point, there are new preview pages for the on the Apple official website WWDC 2018 keynote presented operating systems - also in German. In the following overview you will find the official preview website on the left and my contribution to the corresponding presentation at WWDC18 on the right:

With an informative message, Mac Tech News notifies you of a current update for the GarageBand (music app) and Final Cut Pro (video editing program) apps - details can be found here read here, For GarageBand For example, there are two new drummers with brushes, 1.000 new loops for specific music genres, 400 sound effects, features for traditional instruments from China and Japan, and many other updates. You can install the updates via the Mac App Store. Here is the list of GarageBand updates:

iPhone without lighting or other connections?

Various sources report that the Apple iPhone was / is already planned without any connections (or at least without Lightning). The removal of the headphone jack should only have been the beginning. With the further development of wireless battery charging - especially with in-house hardware - Apple could either present iPhones this year or next at the September event that no longer have any connections. But I imagine this to be a bit unrealistic, as it eliminates backup, reset and rescue measures via iTunes on Mac and PC ... Sources: MacLife and GIGA

Again Mac Life and again iOS 12 - according to the Trade magazine for apple topics Apple Pay could also support German EC cards under iOS 12 and thus be used for contactless payments in this country:

Almost four years after the introduction of Apple Pay, Apple is creating the prerequisites for accepting bank cards that use the V-Pay system in addition to Visa and MasterCard. These are the giro cards of German banks - colloquially called EC cards. This is made possible by a function in iOS 12 and watchOS 5 that developers can already access.

Huawei competes with Apple in the notebook segment

To dare to launch new laptops on the Windows market is quite brave (or reckless) - that's roughly how you can get the introduction of this Futurezone article read. However, according to the same report (including a test of the corresponding device), Huawei delivers an “Apple killer” with the MateBook X Pro, which is supposed to compete with the MacBook Pro. Not only should the name be based on Apple's mobile computer; The dimensions, the aluminum case and the layout of the keyboard and trackpad are also super-similar. You can read how screen, sound, connections and performance compare in the linked article. The Huawei MateBook X Pro has an i5 CPU with 3,4 GHz, 2 GB GDDR5 graphics memory, 8 GB RAM, a 256 GB SSD hard drive and costs € 1.499.