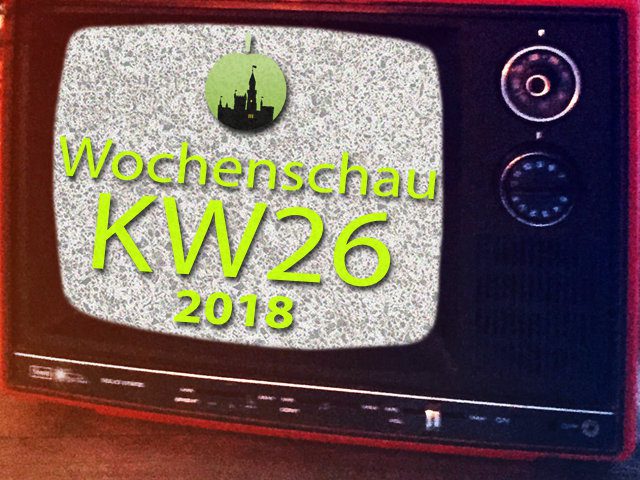 New headphones from Apple, a second HomePod generation, the agreement between Samsung and Apple, Google Pay, YouTube Premium, Elgato, a children's book for a good cause, Pokémon and a few other topics play a role in the Sir Apfelot newsreel for calendar week 26 in 2018 Role. Facebook is also back in the Apple and Tech News, which I particularly noticed this week. Do you have any additions or interesting topics? Then leave your news discoveries with a (serious) source as a comment! 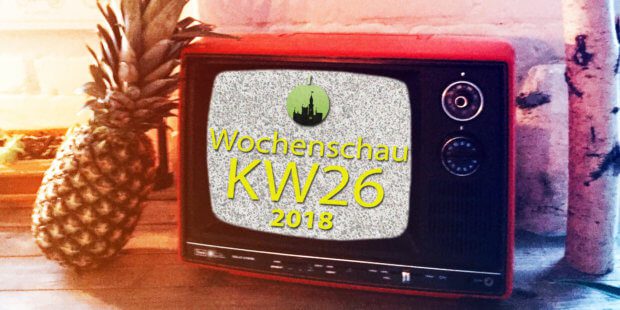 The Sir Apfelot newsreel about the Apple and tech news that caught my eye in calendar week 26 in 2018: Facebook, Google Pay, YouTube Premium, Marc Uwe Kling, Elgato or Eve Systems and much more!

Elgato gives up gaming to concentrate on HomeKit as "Eve Systems"

In the last few weeks and months there have been reports here and there about the new products from the manufacturer Elgato - above all it was about the Eve Smoke smoke alarm and the Eve Aqua irrigation aid, These HomeKit products for the Smart Home marked the specialized course that Elgato has now made official; namely the move away from the gaming area, which was only once again brought about by the Elgato Green Screen are available as assessories. Elgato cam link were fired.

Like MacRumors berichtet, the gaming branch of the company is not just being crushed, but handed over to Corsair, a company founded in 1994. By the way, Elgato wants to present some surprises at IFA 2018 in Berlin under the new name “Eve Systems”. The source says: "[...] look out for the next line of product announcements coming to IFA Berlin in a few months, running from August 31 through September 5."

Internet privacy, the handling of personal data and online performance protection have been important issues in the last few weeks and months. The discussions, negotiations, legislation and other actions in the future cannot yet be fully foreseen. Examples: GDPR / ePrivacy Regulation / Article

Marc Uwe Kling is someone who deals with the topics of modern, digital society through literature. After his book “Qualityland” (personal recommendation), he has now published the children's book “The day on which grandma broke the internet”. The highlight: the income generated with the book on the Author's online shop will be donated to the foundation p≡p foundation, which develops a one-click solution for data security on the Internet.

Facebook may not be spying on you, but it has the patent on it

Several reports from Facebook are about a patent from Facebook 9to5Mac leads over Mashable towards Metro. This provides for the recording of audio via the microphone of smartphones. The "Ambient Audio Recording" should (among other things) react to high-frequency signals in commercials in order to analyze whether and when they are being watched. This should then improve advertising or at least measure its success.

After the signal is recognized, however, audio is recorded - so if you talk to someone during the advertisement, the conversation is saved and linked to the user account. However, the patent or the technology described therein should not be used; Securing a patent for a technology that will be possible in the future is common practice in the industry, according to Facebook.

YouTube Premium and Music on the iPhone are more expensive

In the middle of this month there was the starting shot for two new offers on Google's video platform YouTube. YouTube Premium is intended to enable advertising-free viewing of videos for a fee; and YouTube Music brings various music benefits. I don't want to go into the details of the offers at this point, but rather address their prices. Like futurezone in one Post shows, for example, the YouTube Music subscription on the iPhone or iPad in the iOS app costs 11,99 euros - instead of 9,99 euros on other platforms. The combined package with premium service costs 15,99 euros instead of 11,99 euros. The family subscription costs 22,99 euros instead of 17,99 euros.

As a possible reason, Futurezone gives the 30 percent commission that Apple charges for iTunes purchases. In the case of YouTube subscriptions, this would be added directly to the prices of the other platforms. A simple solution to the seemingly complex problem is included: simply subscribe to the Browser on iPhone, iPad or Mac, i.e. directly on the YouTube website. Information about the offer: youtube.com/premium

Google Pay in Germany - where is Apple Pay?

There were some reports about the start of Google Pay in Germany for contactless payment by smartphone with the corresponding service of the search engine giant. Among other things, it has app risks berichtet and asked in the same breath: "Where is Apple?"

This question is also asked because of the security aspect, since normal credit or debit cards, with which one can pay “contactless”, do not require a PIN for amounts up to 25 euros. Anyone can use stolen cards for small amounts. However, if you use it as an element of Apple Pay, verification is required on the iPhone or Apple Watch. With iOS 12 Apple Pay could come to Germany this year.

New Apple headphones (over-ear and AirPods) and HomePod 2 in 2019?

As soon as the Apple HomePod is available in Germany (as well as Canada and France), there are already reports of a new version and new headphones that Apple should have in the pipeline. Article about it with Regarding Bloomberg offer several different platforms.

In addition to a HomePod 2, there should be higher quality or more technically sophisticated AirPods, which should exceed the already high price of the current version. The range of over-ear headphones with sound in studio quality is to be rounded off. The products are to be presented and sold as early as 2019. The information comes from people close to Apple Inc., it is said.

Like among other things here. and here. reports, a seven-year dispute between Samsung and Apple has finally been settled - or at least legally resolved. The case concerned the copy of the design of the Apple iPhone 3GS, which was evident in Samsung's Galaxy S i9000. The agreement not to continue to deal with the case in court is accompanied by various sums of money that Samsung (should) pay to Apple in the corresponding media reports. It's about hundreds of millions of dollars.

Pokémon Quest now also for iOS on iPhone and iPad

Let's end this newsreel again with a Nintendo topic: After the release of "Pokémon Quest" for the Nintendo Switch (here the best bag for mobile adventures) the upcoming "Let's Go, Pokémon!" games were announced, in the meantime they waited for the app for the free game with cube graphics. This is now available for iOS on the iPhone and iPad. If you want to download Pokémon Quest, you can here. - or with this box: