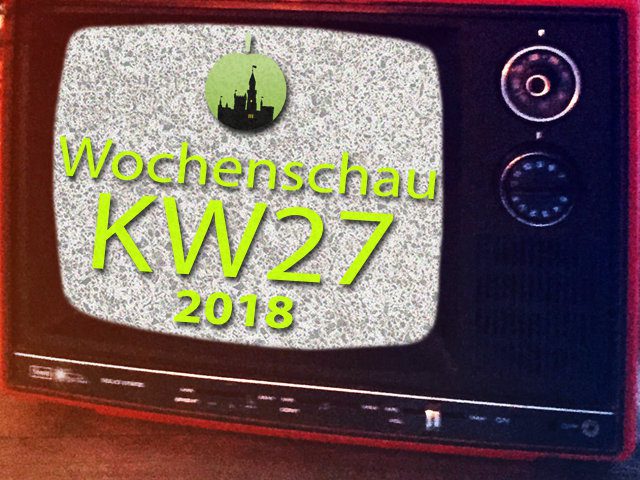 The second half of the year is starting so slowly and this Friday it brings you another Sir Apfelot newsreel. This time there is Apple and tech news that caught my eye in the course of calendar week 27. Among other things, it is about the butterfly keyboard of Apple's MacBooks, Microsoft and OpenStreetMap, the so-called Article 13 and the decision of the EU Parliament, iOS 12 and Apple Maps. Finally, there is also the latest church update for the modernization of the collection. If you have also found exciting and interesting news, please leave it with a (serious) source as a comment. 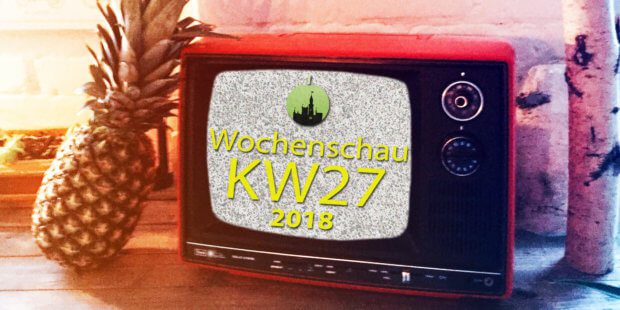 The Sir Apfelot Wochenschau for calendar week 27 revolves around ancillary copyright, OpenStreetMap, the butterfly keyboard, an Intel radio chip, a charger, a new Apple Karen app, an iPad with Face ID and much more.

A new, EU-wide copyright law or ancillary copyright law has already been discussed here in the blog. In the post too Articles 11 and 13 I have linked you to an explanatory video and a petition against the whole thing. The petition referred to has now proven to be successful. So I have an email with the this week Update on the matter receive:

We made it! Today the majority of the members of the European Parliament voted against the planned copyright reform! That's great! Thank you for your loud protest.

Microsoft is developing more and more into a supporter of open source projects and aligns its services for the corresponding preparatory work. This is testified by, among other things Message from Golem, according to Microsoft's 125 million building data from its Bing Maps to the community of OpenStreetMap has passed. These were extracted from satellite images using deep learning and are now available to the developers of the OpenStreetMap project launched in 2004. This is a not inconsiderable support in the goal of creating a free world map that everyone can use individually.

Replacing individual keys on the butterfly keyboard of newer MacBook models from Apple is tricky. According to the experience of iFixit (teardown of the 13 inch model, late 2016 can be found here) destroyed directly when removed, so that an exchange is more likely to be impossible. In a separate article on the topic of iFixit blog it says: "Apple Engineers Its Own Downfall With the Macbook Pro Keyboard" - because not only are the keys difficult or impossible to replace individually, the entire keyboard can also only be replaced with great effort, since a battery is stuck to it, for example. And the speakers also stand in the way of easy replacement.

If you still want to hand over this task to the teams of the Apple Stores or an authorized dealer in your area, you will find it auf dieser seite detailed information on the exchange program. Have you already been doctoring on the butterfly keyboard yourself, Compressed air for cleaning used or taken advantage of the exchange program? Then leave a corresponding impression of your experience as a comment.

Let's stay with the hardware from Apple - the purchased ones. Because as already heard and reported several times, Apple wants to emancipate itself from Intel sooner or later. One step in this direction is the rejection of the chip manufacturer regarding a radio chip for WLAN, Bluetooth and 5G mobile communications. From the 2020 iPhones, this will no longer be used, like 9to5Mac berichtet. The magazine invokes this Ctech, where you can read the following:

Apple has notified Intel it would not use a mobile communication component [...] in its next-generation mobile device, Intel executives said. Further development of the component internally called “Sunny Peak” has been halted and the Intel team that's working on the product will be redirected to other efforts, the executives said.

In short: the development of the chip was canceled and the employees involved in it are given other tasks.

There is currently a rumor that Apple will include a USB-C charger with a USB-to-Lightning cable with its 2018 iPhones. The up to 18 watt power supply is said to have reappeared in leaked photos. For example MacRumors shows the pictures in this post citing the Japanese blog Mac Otakara. According to the information provided there, the prototype with the Apple article number A1720 should clearly indicate that it is a prototype for the company Cupertino concerns.

New iPad with iOS 12 could have Face ID

Also at MacRumors this week I read that the new iPad with iOS 12, just like the current iPhone X, could have the face recognition "Face ID". By doing Message Reference is made to Steven Troughton-Smith, who shared his discovery on Twitter: AvatarKit for Animojis and Memojis can be found in the current iOS 12 beta of the iPad (Tweet here). Other rumors about the upcoming iPad in the MacRumor post revolve around its execution. It could be a new high-end tablet from the Pro series, with a faster CPU, Apple's own GPU and of course a TrueDepth camera. In addition, the display could measure 11 inches.

Renewal of Apple Maps in iOS 12

And once again it's about Apple's new mobile operating system. While at the official Introducing iOS 12 At WWDC 2018 not a word was said about Apple cards, so there could still be a not inconsiderable update for this app. As is the case with app dangers in one Articles (regarding TechCrunch) means there will be a rebuild, i.e. an all-round renewal of the Maps app.

Eddy Cue, Apple's senior vice president, is said to have told the magazine. For the comprehensive update, fleets of cars with corresponding cameras that were previously only known from Google were used. So far, however, only in California, next year in the rest of the United States. It is not yet clear whether and when Germany will also be remeasured by Apple.

3 new “Shot on iPhone” videos with soccer as a theme

Incidentally, Apple has published three new videos on YouTube that, according to their titles, were recorded with the iPhone (Shot with iPhone). It's about football, of course in the current World Cup. The videos are from Australia, Japan and Iceland. You can find them on this channel or as integrated elements under this paragraph:

Nothing that doesn't exist: digital doorbell bag for the collection

Finally one more Message from Futurezone, which revolves around a digital doorbell bag, which now enables cashless payment for collections in the church. The e-collection offers the individual entry of an amount and its payment by contactless payment with the giro or credit card. The corresponding device naturally also has a pouch ready for all old-school dispensers in which coins and bills can be inserted ????