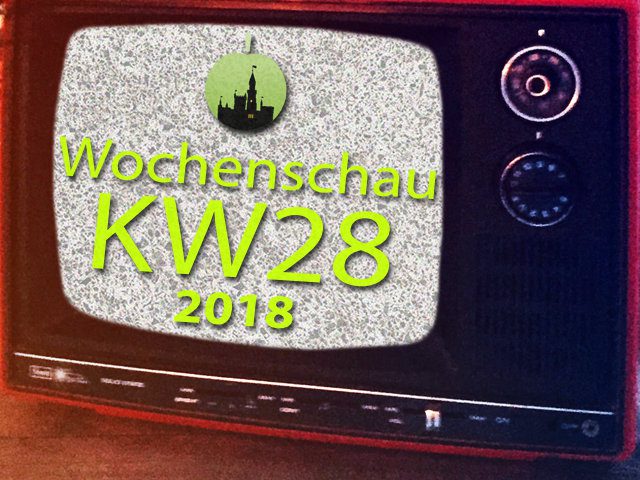 The Apple MacBook Pro, the postponed DJI presentation, which was scheduled for July 18, 2018 (DJI Mavic Pro 2 event), a new Mac mini, heritable user accounts, Apple Pay in Austria, security gaps and other topics are offered in this week's Sir Apfelot Wochenschau. This time it's about the reports and messages that caught my eye in calendar week 28. So booklets out; get ready for the latest batch of Apple and tech news for Friday! 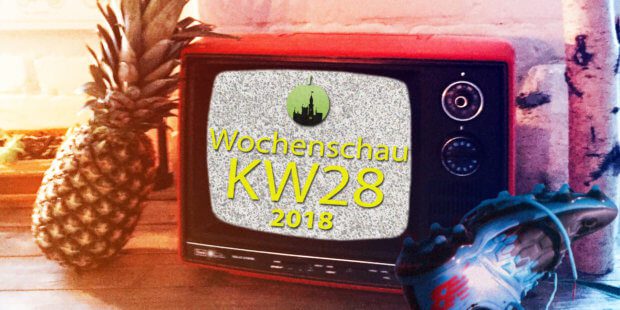 The Sir Apfelot weekly newsreel of calendar week 28 2018 brings you Apple and tech news from the last few days before the exciting match between France and Croatia!

News about the Apple MacBook Pro

Apple is selling according to one Entry from 9to5Mac currently only remnants of the MacBook Pro 2015. The 15-inch model, which was previously considered a good alternative to the models from 2016 and 2017, is now only sold until stocks are empty.

Additional Reports the same side as well as other sources focus more on the 2018 update that the current generation MacBook Pro received. The 15-inch model, for example, has an Intel CPU with up to 6 cores and up to 32 GB of DDR4 RAM. Apple offers the newly equipped models under the slogan “Pro as never before” in the online shop at. Incidentally, you pay with an i9 processor, 32 GB RAM and 4 TB SSD only 7.959,00 €;)

The 2018 upgrade of the Apple MacBook Pro is advertised on the Apple website with the slogan "Pro like never before".

Admittedly, it is not all that new anymore, but unfortunately I came across it quite late: DJI is probably postponing its event planned for July 18, 2018 under the slogan "See The Bigger Picture". Like DroneDJ berichtet, the current models are not yet so mature that the manufacturer would like to present them or give them into the hands of the users. The extensive Sir Apfelot contribution to the possible DJI Mavic Pro 2 event I have already updated accordingly and put more information in there for you. Have a look and leave your opinion on the topic.

Named here as an analyst, there named as a market observer, Ming-Chi Kuo has landed quite a few hits in the past when it came to upcoming Apple products. It is therefore very exciting that he has now made several “predictions” about the Apple products to be expected in 2018.

With regard to the Apple Watch 4, he expects loud iPhone ticker, two new models that say goodbye to the current sizes for the first time and offer housings and displays that are up to 15% larger. The new Apple Watch models that we could see in September would offer sizes of 39,9 mm and 45,2 mm, respectively. In addition, the pulse measurement should be improved, which will certainly also bring innovations and improvements in the HealthKit area.

The statement about a Mac mini 2018 is almost unbelievable. According to Ming-Chi Kuo, the new small-format computer from Apple should be possible this year. The first upgrade since 2014 could include, among other things according to iFun, also come on the market in autumn. It's about time, because with 1,4 GHz and 500 GB of memory, the current model is mercilessly outdated. MacRumors lists further statements by the analyst (on iPhone, iPad, iMac, etc.) in this post.

Many iPhone users and the trade press in Germany are eagerly awaiting Apple Pay. In some neighboring countries, the mobile and contactless payment service can already be used; and for Austria this is making itself loud derStandard.at also on. Two different, unspecified sources are said to have reported this to the editors. The start is expected in the “coming months”. Meanwhile, Apple is promoting the payment feature in Messenger with new videos:

The use of the restricted USB mode or "USB Restricted Mode" can according to a message MacRumors prevent hackers from gaining access to iOS devices equipped with them. The feature from iOS 11.4.1 and iOS 12 (new functions at a glance) for the iPhone and iPad is described as unsafe by ElcomSoft security experts, according to the report.

They found a loophole for hackers or authorities who could circumvent the security device and read out data. Basically, all you have to do is connect a USB device to the Lightning connector before the restricted USB mode starts automatically (after one hour). The timer is already reset and the data thief or hacker has won another 60 minutes.

According to the Federal Court of Justice, a digital user account, such as the one on Facebook, can now be officially inherited. This means that heirs can obtain access to the user account from the platform operator. Facebook and Co. are no longer allowed to oppose this, at least in Germany. In the special case with the file number III ZR 183/17 it was about surviving parents who wanted to have access to the FB account of the deceased child. Among other things, iFun reported in a post about the case and the final BGH judgment, which could serve as a precedent - in addition to Facebook for other platforms and websites.

From November: Report dead spots via the app

The long-term optimization of mobile phone coverage in Germany was the big topic of a meeting between the major German telecommunications providers and Federal Minister Andreas Scheuer in the Federal Ministry of Transport and Digital Infrastructure - see above reports iPhone ticker. Declarations, tasks and market incentives from the federal, state and local governments have been summarized as a final document and can be accessed online: PDF file. By October 31, 2018, the state should also create a dead zone reporting app that citizens can use to report underserved regions.

What if the ISS has had its day?

Finally, one more topic, that addressed to Futurezone became: the ISS and its retirement. Andreas Gerst is still on the international space station and researching along with other cosmonauts there. However, the “Space Station” is not getting any younger either, which prompts NASA to consider its disposal. The whole thing is not that easy, especially if the entire station is to be completely submerged in the sea - in a controlled manner and without danger to earth residents. This is to be realized by using a supply container to brake - you can find detailed information in the linked article ????

And have fun on the weekend! Who has dinner service?