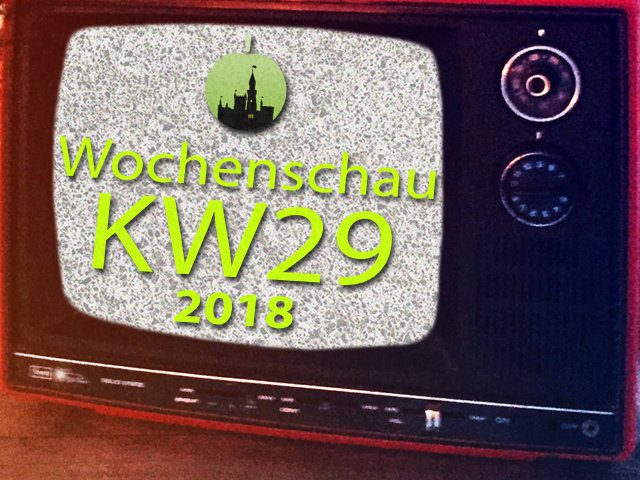 We are close to the weekend again, which means that it is time for a new Sir Apfelot newsreel. This Friday I'm going to present you the Apple and tech news that caught my eye in calendar week 29 in 2018. There are also messages about the current MacBook Pro, upcoming iPhones, the new EU drone regulations, Amazon's Prime Day this year and a few other things. If you also have interesting reports ready, please leave them as a comment including a (reputable) source;) 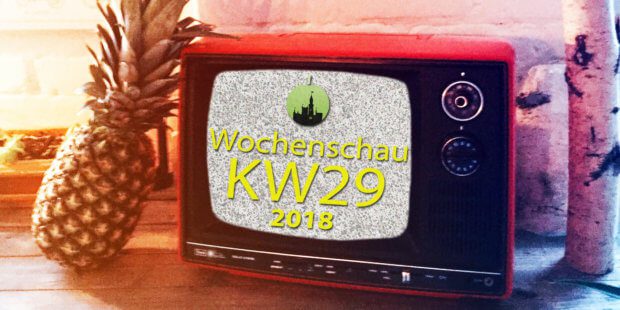 The Sir Apfelot Wochenschau for week 29 in 2018 is about Prime Day, hardware updates for the MacBook, new charging standards for the iPhone, Photoshop for iPad and much more.

On Monday and Tuesday the Amazon Prime Day 2018 was in progress, during which a wide variety of manufacturers and retailers made their products cheaper. Here in the blog I have shown you some of the offers as well as voucher codes and the like. This also included deals that are valid until the end of the week or even until the end of the month. Here again the corresponding messages for tech shopping at a low price:

At the beginning of the week, Amazon Prime Day seems to have generated an extensive run on the website of the largest online mail order company in the world, especially in the USA. As the Online Marketing Magazine reported, several people complained about social media platforms and / or made fun of the dog pictures that were seen instead of the shopping site when the server crashed. Zachary Schneider tweeted for examplethat he was now able to get to know at least all the dogs on the error side. In the tweet he listed screenshots of the individual dog error pages.

Like SafeDrone, an offer from Lufthansa Technik AG, in one post explains, common safety regulations for the approval and use of drones in all EU countries are a done deal. The post is admittedly a bit older, but I only noticed it recently. The linked SafeDrone article says, among other things, about the details of the new regulation:

According to this, drones should be registered in national files so that they can be precisely assigned to their operators. In addition, training courses are mandatory in certain cases. The amended basic regulation is expected to come into force this year and at the same time authorize the European Commission to issue more specific implementing regulations. The Cologne-based EASA and the national supervisory authorities then also play a special role. For example, you have the option of defining special risk zones that may not be overflown.

Now we come to the Apple topics of this newsreel. The overhauled 2018-inch MacBook Pro 13 seems to have improved the butterfly keyboard. Apple has as reported by iFixit, provide the keys with a membrane that prevents dust and crumbs from getting under the caps and blocking them. A patent was thus implemented, the graphics of which on the technology you see here can. Overall, the repairability of the MacBook Pro with Touchbar is still rated only 1/10, which is very bad. Overall, only the trackpad can be replaced reasonably well.

Like the UK edition of PCMag berichtet, Steven Yang, a former Google employee and founder and CEO of electronics manufacturer Anker, is convinced that the 2019 models of the Apple iPhone can reach 10% of the battery charge within 50 minutes. The reason for this is said to be the so-called “Charge Pump” standard, which is implemented via USB-C Power Delivery and is supposed to bring 50 watts to the clock. Charge Pump should also be more efficient and only give off 2% of the energy as heat (instead of 6% with many other charging standards).

In the course of the year, in addition to the already renewed MacBook models from Apple, the 12-inch model will also receive an update. This should bring about an increase in performance through the use of new Intel processors, such as MacRumors reports. The most likely used models m3-8100Y, i5-8200Y and i7-8500Y are listed with respective maximum values ​​of 3,4 GHz, 3,9 GHz and 4,2 GHz. If and when we will update the standard mobile computer Cupertino will see, but that is not yet known.

Adobe Photoshop from 2019 on the Apple iPad

With Affinity Photo for iPad and Affinity Designer for iPad the software developer Serif has already brought extensive options for creating and editing images to the Apple tablet. Adobe is therefore in a tight spot with its products, but wants one Reporting of app threats after catching up next year. With reference to a Article from Bloomberg is written by a confirmation of the work on a Photoshop iOS app from Adobe. There is not yet an exact time frame for the publication of the application for mobile editing of photos and images on the iPad.

And finally a weekend topic: beer. How fittingly the Futurezone page in one article describes, this is how Carlsberg wants to find new types of beer in the future using sensors and an AI that analyzes the corresponding values. "It sounds nice to be able to taste a bunch of beer every day, but we create hundreds of microliters of beer and in such small volumes that it is not even possible to test them all“, It says as a quote from Jochen Förster, Professor of Fermentation at the Carlsberg Research Laboratory. Therefore, sensors should now take over the job. Details are provided in the linked article ????