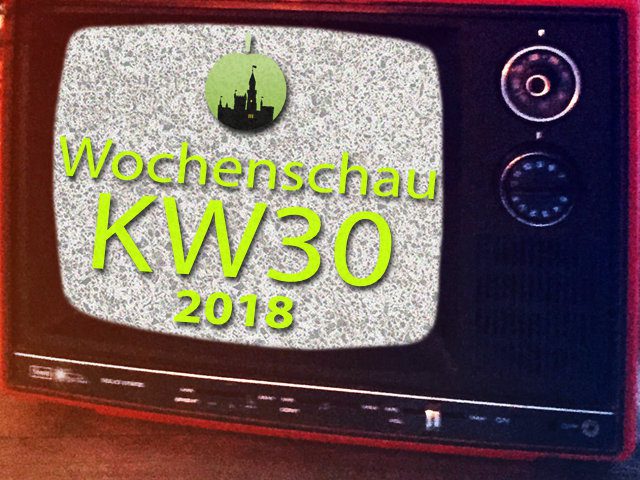 What would a Friday be without the Sir Apfelot newsreel? Definitely noticeably less informative and insightful. That's why there's Apple and tech news again today, which I've particularly noticed over the past week. The summary of the reports from calendar week 30 in 2018 is mainly about Apple and individual devices Cupertino. But today's issue also features Facebook, WhatsApp and a free video game for all retro fans. As always, you can leave further news with a (reputable) source as a comment ;) 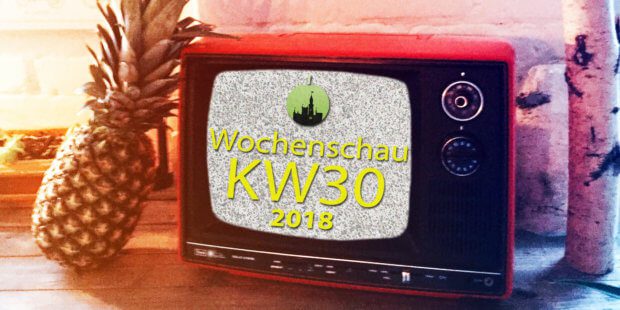 Return of the Tentacle, Facebook, WhatsApp and a lot of Apple are the topics of the Sir Apfelot newsreel today.

Return of the Tentacle Prolog is available for download (Mac, Win, Linux)

In 1993 LucasArts brought out the computer game “Day of the Tentacle”, which is still popular with many today - or DotT, as we fans say. The Point & Click Adventure, which was a continuation of the game "Maniac Mansion", never got an official second part even in the past 25 years.

That's why a few fans from Germany set out to create the game "Return of the Tentacle" in recent years, which apparently turned out to be more difficult than expected. Because there is finally a game with a free download - but this is "only" the prologue to the planned story. The main article on the topic can be found here: Return of the Tentacle Prologue. And here is another picture of the developers (source ReturnOfTheTentacle.de):

Marco, David, Stefanie, Marvin and Nathanael (not in the picture) are the developers behind Return of the Tentacle

The social media platform Facebook is currently not really coming out of the negative headlines. Just yesterday reported 9to5Mac in a message: "Facebook shares fall 25% as company reveals impact of privacy issues". For the devaluation of the company as well as for a lower turnover compared to the previous year, not only scandals like the one about Cambridge Analytica are listed, but also the new privacy regulations of the EU (GDPR or DSGVO). These ensure more expenses through adjustments and system changes as well as lower income through less personalized advertisements.

WhatsApp limits the forwarding of messages to reduce spam and misinformation

Another interesting piece of news comes about a communication tool with social media components from a message by MacRumors. With reference on this WhatsApp blog post It is reported that WhatsApp will reduce the number of chats to which messages can be forwarded at the same time to five. In addition, the forwarding of media messages is to be removed. This is currently being tested in India, where a comparatively large number of messages, photos and videos are shared in chats.

The aim of the limitation is that so-called fake news, false or half-true reports, chain letters, scams and the like cannot spread so quickly via WhatsApp. MacRumors reports, referring to the BBC, of ​​several incidents in India and, in particular, attacks on people who were falsely accused of crimes via WhatsApp and then victims of lynching.

In the German version of the blog post linked above it says:

A few years ago we added a feature to WhatsApp that allows you to forward a message to multiple chats at the same time.
Today we're starting a redirect restriction test that will apply to all WhatsApp users. In India, where people forward more messages, photos, and videos than any other country in the world, we're also testing a lower limit of five chats to which messages can be forwarded at once, and we're removing the forward button next to media messages.

After these grueling reports, let's get into the Apple News of this week's Sir Apfelot Wochenschau. As FutureZone reports, Apple trade secrets regarding the professional iPhone repair have been leaked. Videos that would otherwise only be used to train Apple employees were uploaded by a YouTube user named "Arman Haji". As expected, the videos are currently no longer available. Apple reacts to such things quite quickly, as well as this post shows.

If you search for Arman Haji and Apple or iPhone on YouTube, you will still find scattered isolated videos. But no collection of the eleven leaked videos on a single channel. Here is an example of what I was able to find:

Siri has gotten better on iOS, but is further behind Google Assistant

Siri as an AI and digital assistant is far from perfect. The Google Assistant as well as Amazon's Alexa and other representatives of this service are ahead of her in some points. In a current message MacRumors, with reference to a test by Loup Ventures, now shows that Siri has improved over the past few months.

Siri as well as Alexa, Cortana and Google Assistant were tested with questions - it was recorded how many of the inquiries were understood and how many were answered correctly. In the April-July comparison, Siri improved from 66,1% correctly answered questions to 78,5%. The proportion of questions understood rose from 95% to 99%. You can find the background and methods of the test, evaluations in tables and diagrams and more about the individual language assistants on the LoupVentures page.

I drove with the app a report found, after which it is now the first product with official HomeKit licensing on the part of Apple there. After it had been a long time since special chips had to be installed, and instead a specific software update had become decisive for licensing, there was still little response from the manufacturer. In the linked message it says: "Belkin's Wemo Mini Smart Plug, available in the US, was officially upgraded with HomeKit late last week.“- Perhaps this will create incentives for other brands such as Philips Hue or Eve Systems (formerly Elgato) to enter the“ official ”, licensed HomeKit business.

Apple MacBook Pro: If the motherboard fails, SSD data will also be lost

The so-called “Customer Data Migration Tool”, a piece of peripheral equipment for Apple employees to extract SSD data from failed MacBook Pro models, could in the past be used to rescue data from broken Apple mobile computers. Like iFun now with reference to MacRumors berichtet, the technology can no longer be used in current models of the MacBook Pro because a corresponding connection on the motherboard, to which the laptop's SSD hard drive is soldered, has been removed. So if one of the new MacBook Pro models, which are already getting bad press anyway, fails due to problems with the motherboard, then the stored data is also gone.

One more reason to make regular backups and data backups. The backup can run via the iCloud or with a Service like Backblaze will be realized. A regular, comprehensive backup of the data on the hard drive also serves as a Protection against ransomware. You can find more information, tests, instructions and articles on external hard drives for data backup using the search function here in the blog;)

In a meaningful article by Rene Ritchie at iMore the performance problems of the Apple MacBook Pro 2018, which are currently being discussed in many places, are addressed. At the beginning it is mainly about a request to speak from Apple, in which a missing digital key is named, which can lead to incorrect management in the system; especially with high loads and large "workloads", for example when editing and outputting video. This "digital key" will be delivered with the update to macOS High Sierra 10.13.6.

But the article is also interesting for other reasons. In addition to the system error that was fixed by the software, Ritchie also addresses the importance of real-life tests and those reporters and testers who go about the matter without any idea. The use of wrong or not calibrated tools, the lack of knowledge of benchmarks or the operation of individual components, etc. are criticized in it. Terms are mentioned that are subsequently referred to as jargon - rightly so, says Ritchie, since it is a subject that old-school computer geeks live for, but which seems meaningless to the increasing number of mainstream users.

Kernel Panic - Another glitch on MacBook Pro 2018 and iMac Pro

After the solution to the one problem, however, shows 9to5Mac in this post a second problem with the latest Apple Pro models. The so-called “kernel panic” occurs when the system detects an error from which it cannot recover during operation and / or which, in an emergency, can cause high data loss. A sign of this is the system asking you to restart your Mac. A small number of MacBook Pro 2018 devices and iMac Pro models are affected - these Apple computers have built in the new T2 chip, which could be responsible for the problem.

According to the linked and readable article, Apple is currently working on a solution to the problem. In the meantime, the following solution is recommended: reinstall macOS from scratch and deactivate FileVault and Power Nap. This procedure is said to have helped some (affected by the bug) iMac Pro users. Anyone who is affected can try this out at the weekend. And in the same I now say goodbye;)