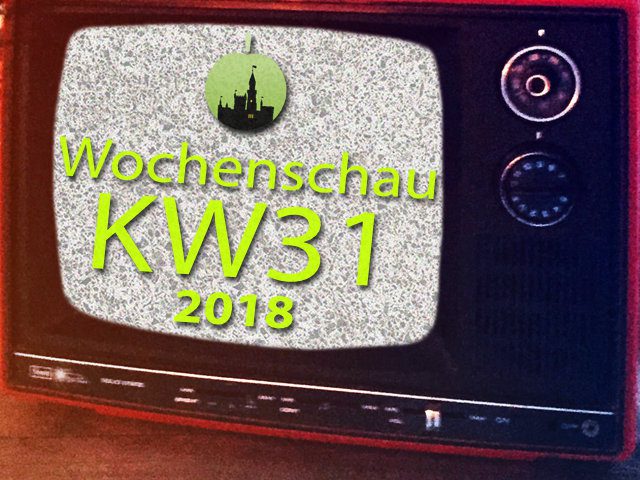 Four times heat, once Friday - this is probably what the previous working week looks like for many. But even if you are currently on vacation or split up your workload independently, you can now feel invited to read the new Sir Apfelot newsreel. Also in calendar week 31 in 2018 I noticed fresh news and lively reports, which I have pooled for you in the following. Among other things, this week's Apple and tech news is about WhatsApp, Samsung and Reddit as well as Apple Pay (yes, in Germany), an offer for schoolchildren and students and a cool iOS game. And last but not least, perhaps the first folding smartphone that is ready for the market. 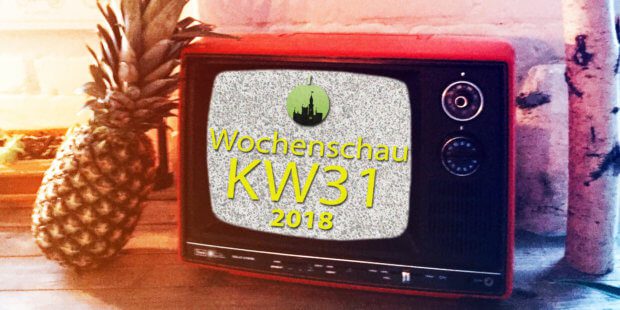 Let's start with an important announcement that affects Reddit users. If you have a user account on the platform, you should change your password as soon as possible and, better still, activate two-factor authentication. In a detailed statement The platform operator was revealed that a hacker broke into the system and was able to steal some data - including some current e-mail addresses and a database update from 2007. Even if you are not affected (Reddit sends affected users a message) , you should take security measures.

A hacker broke into a few of Reddit's systems and managed to access some user data, including some current email addresses and a 2007 database backup containing old salted and hashed passwords. Since then we've been conducting a painstaking investigation to figure out just what was accessed, and to improve our systems and processes to prevent this from happening again.

Futurezone shows in one article Probably the first (marketable?) foldable smartphone with flexible display, which can be folded and unfolded similar to a Game Boy Advance SP. The only difference is that the inside consists entirely of the display and it can even be bent when it is active. The video posted on the imgur platform has been uploaded, should show a Huawei smartphone. This means that Huawei could possibly overtake Samsung as well as Apple by a large margin this year in order to bring the most modern flip phones to the market.

WhatsApp from 2019 with advertising in Messenger

Like among other things App threats with reference to the testimony of a WhatsApp spokesperson TechCrunch reported, there will be advertising in WhatsApp Messenger from 2019. Four years ago, Facebook bought the company behind the chat software - it was only a matter of time before extensive monetization would take place. The advertising should (for the time being) only be included in the status display. Individual chats and group conversations should be spared (that would be even better). In addition to this announcement, there was also news about the expansion of WhatsApp's business tool. The linked posts have details.

Galaxy Tab S4 and Tab A 10.5 - iPad competition from Samsung

With new tablets, Samsung apparently wants to compete with the iPad, especially the iPad Pro. The Galaxy Tab S4 is said to be loud, among others hot online, a “productive tablet” that has its own input pen, a keyboard dock and a desktop mode. A modular, mobile laptop can be improvised using a keyboard case and mouse. The WLAN standards 802.11 a / b / g / n / ac as well as Bluetooth 5.0 and a USB port type C with 3.1 technology are also helpful. The flash memory is only 64GB, but can be expanded by up to 512GB via microSD. The RAM is 4GB. Oh yes, there is also a new tab A: D All further details can be found in the linked post.

Apple Pay will start in Germany in 2018

With reference to a highly official statement by Apple CEO Tim Cook, several sources are currently reporting - for example the Handelsblatt - that Apple Pay should come to Germany this year. After last Apple Pay in Austria was up, the local trade press was getting jittery. Now it seems a done deal, so that tips and the "most important facts" are already being distributed diligently to future users. The facts of the Handelsblatt that are worth quoting would be the following:

Among other things, 9to5Mac berichtet meanwhile, that Apple Pay could be around 2020% of all users by 50 who pay with a smartphone or wearable without cash, cards or contact. In addition, the payments are expected to have a volume of $ 2 trillion by then. In the post, author Michael Potuck refers to one Juniper Research report. In addition, it is pointed out that, unlike the competition from Google and Co., Apple Pay is expanding much faster and can thus better win the market.

Savings banks with their own mobile payment service on the go

While many are looking at the big players and following the head-to-head race between Apple and Google, the German savings banks are starting their own mobile payment system. "So far, only a few people in Germany have paid by smartphone. Now the savings banks have activated their mobile payment app“, Writes heise online for example in this post. The app required for this will not be of any use to iPhone users, because it is only available for Android in the Google Play Store. Apple has not released the corresponding interface for contactless payment via NFC for the Sparkasse app, according to the linked post, which also provides further insights and details about the offer.

“Everyone Can Code” is the name of the initiative under which Apple is working with schools and colleges to develop their own programming language Swift to bring into the classroom. In cooperation with Certiport, a company that develops exam certifications, Apple has now created a certification program called "App Development with Swift". The global certification system is available to secondary schools and higher education institutions such as MacRumors berichtet. Schoolchildren and students will be able to receive the first certificates of programming skills in autumn 2018.

Also at MacRumors I have readthat Apple is now - measured by its shares - a "trillion dollar company". The milestone was reached yesterday when the individual value of the shares rose to US $ 207,05. Multiplied by the number of securities of 4.829.926.000, you get $ 1.000.036.178.300. If you are confused about the numbers and the designation of their extent, you should know the following: The English word "trillion" denotes a number of 1012. In German that's a trillion. In local parlance, a trillion would be a number out of 1018.

And finally something from the games area again. The a bit old, but still amusing game "Harveys Augen" (successor to "Edna breaks out") will be released on August 15, 2018 in the iOS App Store. So if you are in the mood for a nicely drawn point-and-click adventure that brings bizarre humor and witty dialogues, you should grab it here - the price should be a low 5,49 euros. The game from Daedalic Entertainment received the German developer award for best adventure in 2011 and was nominated for the best youth game at the German computer game award in 2012, writes app dangers.