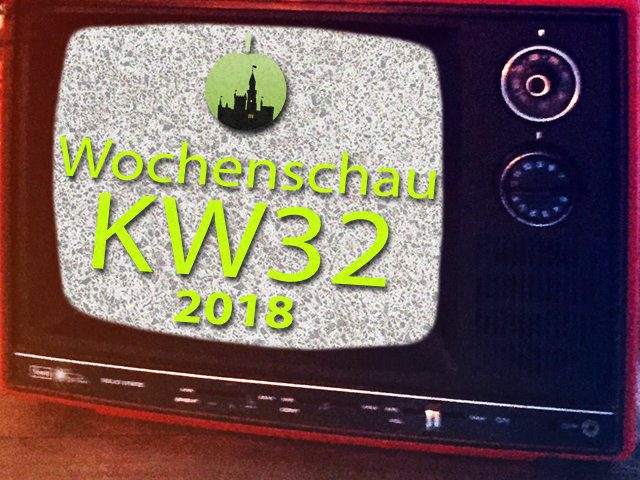 Would you use Apple Pay or a similar service for using electronic ID documents on smartphones? And when will Apple's first self-driving car come? These are all questions that the Sir Apfelot newsreel may raise in calendar week 32 of 2018. In addition, the latest Apple and tech news is about the new “Welcome to Sodom” documentation, aliens, software for startup drives, the US military, the EU and Pokémon. So again a motley bouquet of wild themes. Do you want to add a news plant to it? Then please do so by comment! 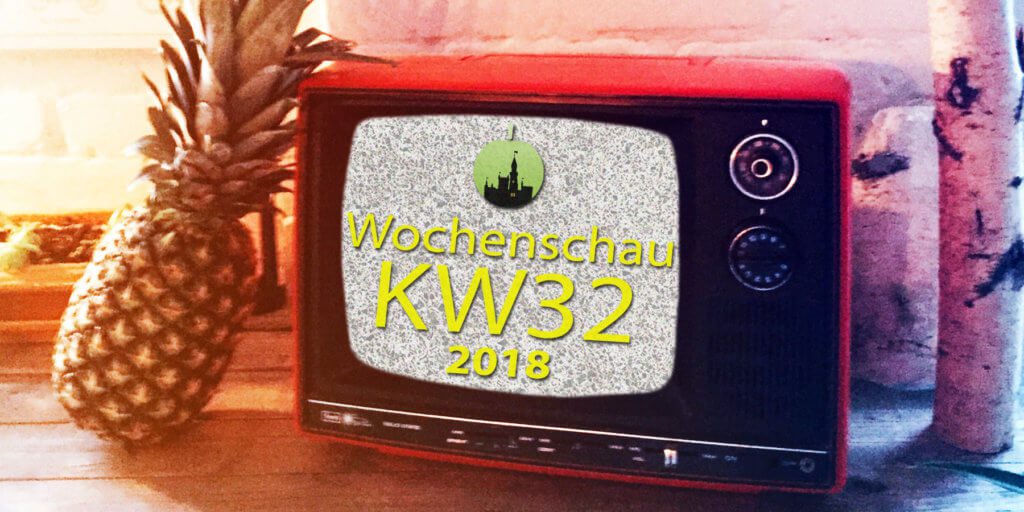 This week's Sir Apfelot Wochenschau offers you the Apple and tech news that caught my eye in calendar week 32 of 2018.

Welcome to Sodom - Documentation on e-waste dump in Ghana

It is well known that tons of electronic waste from Europe end up in Africa, where people search for usable parts, cable copper and other raw materials in the relevant garbage dumps. The extent of this, however, and what the living conditions of women, men and children look like on one of these landfills - called “Sodom” - is something that a new documentation from Austria reveals. "Welcome to Sodom" is the name of the film, which has been shown in some cinemas since August 2nd, 2018. If you are interested in the topic, take a look at this blog post: Welcome to Sodom.

The app has been helping since 2011 DiskMakerX Mac users in the process of creating bootable drives with an Apple operating system. Like iFun now berichtet, DiskMaker X 14 beta is now available, ready to create a Mojave drive. The new macOS 10.14 Mojave will officially be released this fall; Beta versions (for developers) can already be downloaded and installed for a test. In a separate post I will soon take a closer look at the named software for creating the start-up drive.

Our neighbors, the aliens: we know we don't know anything

Before we get to the Apple news for this week's newsreel, a note on one Post at Futurezone. Among other things, the Fermi paradox is taken up in it to show why we have actually not yet noticed anything of other intelligent life forms in space. Other attempts at explanation are also given - on the one hand, people could really be "the only ones"; on the other hand, clever aliens would find it difficult to guard against revealing their existence. Then there is the Drake equation, according to which there should be plenty of alien civilizations. In the end we can summarize: We know that we don't know anything.

Doug Field was with Apple until 2013, but then worked as an engineer at Tesla. Most recently he managed the production of the Tesla Model 3. Like MacRumors berichtet, however, Field is now returning to Apple, where he will work on "Project Titan"; to Apple's own program for self-driving cars. Among other things, he will meet his former colleague Bob Mansfield there. The linked article, the sources mentioned therein and another one offer further information on the topic Article on the topic by 9to5Mac.

iPhone as an electronic identity card?

It is well known that modern identification documents can also be used electronically. Similar to credit cards, EC cards and the like, the identity card could also be transferred to the secure element of the iPhone by transferring the necessary data and used from there. Apple has now applied for a corresponding patent, like it at heise online or Mac and i called. You can find the patent application with this link. A PDF document with the corresponding model drawings and explanations of the electronic background Is there ... here.

EU threatens tougher pace against Apple and Co. because of non-standard ports

Several large technology manufacturers, including Apple, have committed to agreeing on a connector for charging and data cables across all manufacturers and brands. This would tend to be the USB-C port. A total of 14 companies have already spoken out in favor of standardizing the connection in 2009, such as 9to5Mac at this point reported. It is also noted in the linked article that the EU now wants to take harder action against Apple and the other companies that do not stick to the agreement - and use the exclusive Lightning port, for example.

Twice the USA: military and elections

Before things get a little easier thematically at the end, let's come briefly to the USA. 9to5Mac provides an interesting piece of news from the land of limited impossibilities with this article. It deals with the GPS data from smartphones, smartwatches and fitness trackers, which in the past revealed some secret stations of the US military (Sir Apfelot message on the subject). The linked post now states that the devices and their geolocation services are forbidden by law for soldiers on duty.

And finally, a little more Pokémon. The "Pokémon GO" app, which has been successful on iOS devices for two years now, will receive a major update before the end of the year - namely a PvP mode. So the opportunity for individual players to compete against each other with their Pokémon. Trainer battles are an essential element in almost all Pokémon games; and in the future also in the AR hit for smartphones. The report, among other things, 9to5Mac here. and app dangers here.. Appgefahren also reports on the Community Weekend, which will take place tomorrow and the day after tomorrow - the focus is on Eevee, the star of the upcoming Poké game for the Nintendo Switch.