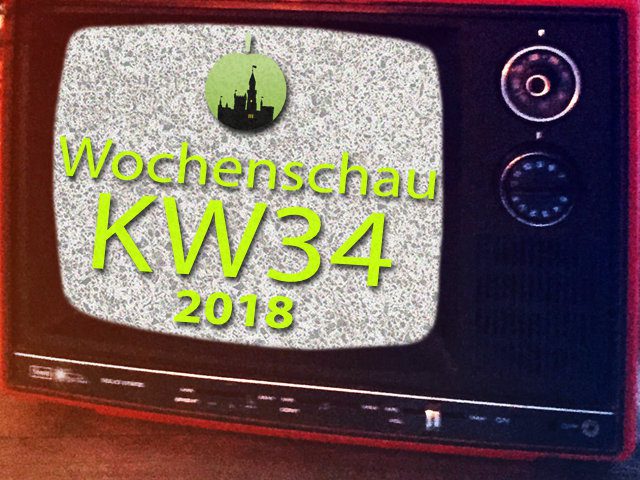 It's Friday again and soon I can't think of any opening sayings for the Sir Apfelot Wochenschau: D That's why we're going straight into this this time and have a look at the Apple and tech news for calendar week 34. Among them are some leaks, rumors and news about the Apple September Event 2018, app updates for macOS and watchOS, Fortnite, and other hot topics. I would like to start this week's news with yesterday's DJI event with the presentation of the DJI Mavic 2 Pro and the DJI Mavic 2 Zoom. 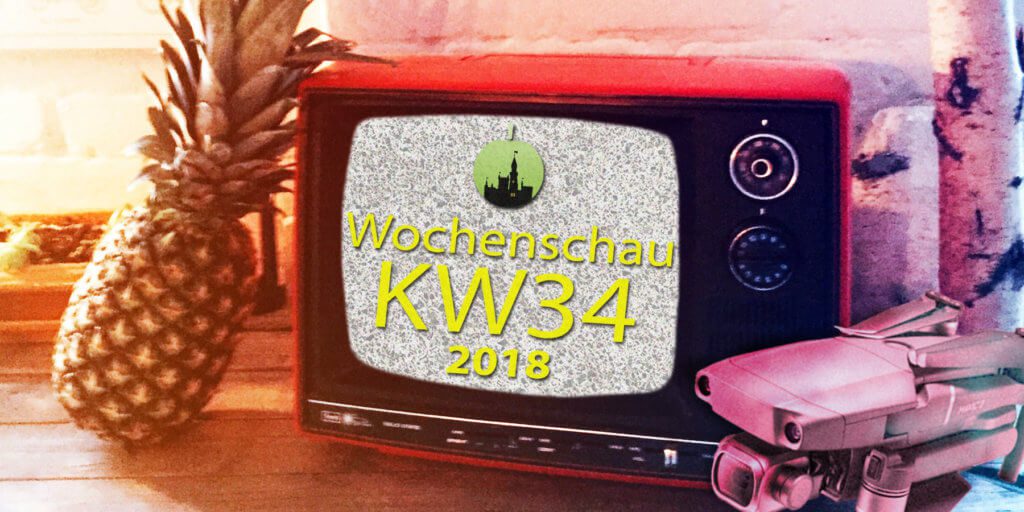 The new DJI Mavic 2 models, the Apple September event 2018, updates for interesting software, the history of WiFi and more are the subject of this Sir Apfelot newsreel!

At yesterday's DJI event, the presentation of the DJI Mavic 2 Pro and the DJI Mavic 2 Zoom was celebrated. After two years of development, the world's largest manufacturer of camera drones from the film, photo and consumer sectors has opened a new product line that combines practical innovations for content creators. It was also announced that the camera and gimbal of both models can be exchanged, so that in future the DJI Mavic 2 Pro can theoretically be converted into a DJI Mavic 2 Zoom; and vice versa. You can find more information, technical details, screenshots of the event and links to the DJI Shop here: DJI Event on August 23, 2018 - that's the DJI Mavic 2 drones.

How Steve Jobs made WiFi a commercial product

Let's look back from the latest hardware event to the Keynote the 1999 MacWorld, also held in New York. Among other things, the (then) new iBook was presented there – and the individual Internet options of the Apple laptop were shown. As Steve Jobs browsed various pages, he would pick up the iBook and walk around with it; with this (and with a hula hoop) the possibilities of WLAN for the end user were shown. 9to5Mac shows how this came about and which preliminary talks about iBook production with Steve Jobs a WLAN chip developer remembers at the time in a story .

As you can see at MacRumors (here.) or app dangers (here.), Parallels Desktop 14 comes with an update that should make users happy. The software for the parallel use of macOS and Windows on the Apple Mac is on the one hand faster thanks to the update; on the other hand, it should now also run stably under the upcoming macOS 10.14 Mojave. In addition, there is a reduction in memory usage by up to 20 GB in conjunction with 50 new functions. The linked posts contain all the details, including the discounted upgrade from versions 12 and 13.

WorkOutDoors for Apple Watch with a major update

You may already know the watchOS app WorkOutDoors from this post: WorkOutDoors - map and training app for the Apple Watch. The bottom line was that the app is helpful and fun. Now reports, among other things, app dangers at this point about a major update for the outdoor watch range. The article says: "The changelog in the App Store is extremely long, so we will only limit ourselves to the most important features of the new version 3.0.“- so take a look if you are interested in the App Store where all changes, innovations and improvements are listed.

MacBook charger with 87 watts and iPhone connector from LMP

The manufacturer LMP is already known for its third-party solutions for charging MacBook batteries. He currently has a 61-watt charger on offer that has a USB-A output for charging an iPhone, iPad, iPod or other mobile device. According to iFun (here.) Interested parties can now look forward to a new version of the charger with USB-C cable and USB-A connection; The same should deliver 87 watts and thus charge devices even faster. You can also find information on the use, advantages and disadvantages as well as a note on the price of the charger in the linked article.

News, leaks and rumors about the Apple September event 2018

The new iPhone event from Apple is just around the corner and slowly all the fan girls and fanboys of the apple company are getting jittery. Not only are the rumors about the iPhone XS, iPhone SE2 and / or iPhone 9 being confirmed, but they also want to use the iOS 12, macOS Mojave and so on operating systems presented in June. In order to spare you too long explanations of what I have read in the last few days, I am giving you a list of posts and articles on new operating systems, the new Apple Watch and a streaming service from Apple:

Like Futurezone, for example in one post shows, Sony has given out an attempt to explain it to all those who are wondering why Android updates and upgrades are taking so long to come. Apple always makes fun of showing how many users are using the current iOS and how many Android users are using the latest version of the Google operating system. Ridiculously few, as you can see in comparison. If you look at the infographic from Sony you can see why: the new versions first have to be customized for the individual manufacturers and devices, for special adaptations and usually also for the mobile phone provider; then tests, fixes, and new tests follow. Only then - after weeks and months - can updates be rolled out.

Fortnite will not be playable on the Apple TV

After the abbreviation "TVOS" appeared in a current code of the battle royale game "Fortnite", the writers of posts in which it was reported that the game will soon run under tvOS on the Apple TV were turned over. The currently highly hyped, free game (which admittedly is also fun on the Nintendo Switch) does not come on Apple's TV box, like a tweet from Nick Chester with the following wording:

Epic isn't planning to bring Fortnite to Apple TV. References to tvOS in the Fortnite files are the result of general Unreal Engine support for the Apple TV platform.