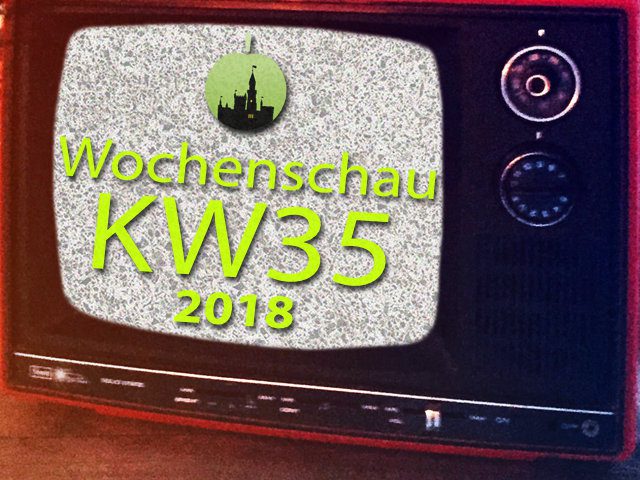 Not only does IFA 2018, the latest international radio exhibition in Berlin, officially start today, but it's also Friday again, so it's time for the Sir Apfelot newsreel. Here you can get the Apple and tech news from me, which I noticed particularly in calendar week 35 in 2018. Some app updates are included, but also new offers from Facebook (which are supposed to polish up the reputation of the platform), information on Apple September event 2018, to the iMac Pro as used goods, to the end of the world and so on. So it is again a full overview of novelties and news;) 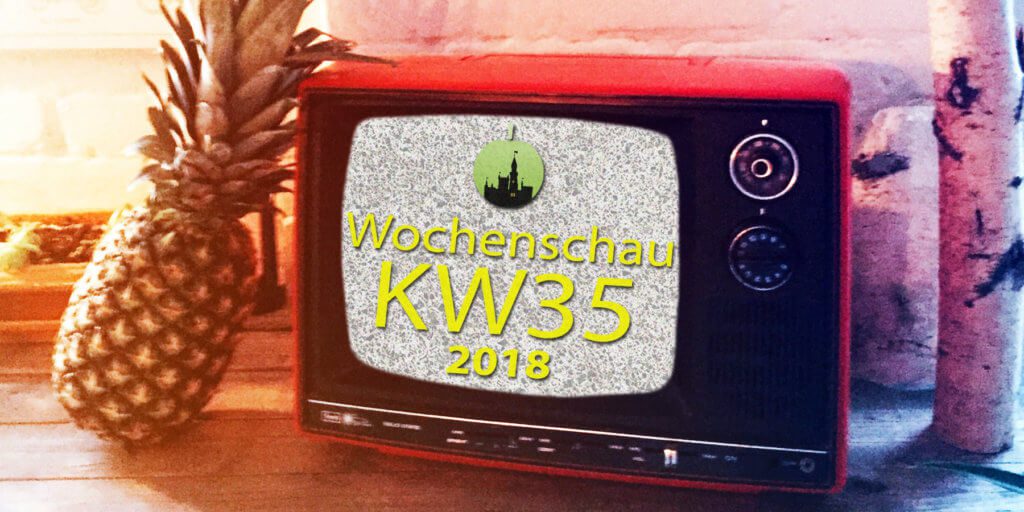 The Sir Apfelot Wochenschau for week 35 in 2018 brings you news about app updates, new offers from Facebook, information about the Apple September event 2018, the iMac Pro as used goods, the end of the world, Google Duo, eBay classifieds, PayPal and more.

Will the Apple September event take place on September 12th?

The hints and rumors are growing that the so-called "iPhone event" this year will not only take place again in the Steve Jobs Theater, but above all on a date that has apparently already been set: September 12, 2018. Not yet confirmed by Apple, so Has according to MacRumors For example, the French radio station Europe 1 announced the date as that of the Apple event in September 2018. The message also gives other indications of the date; For example, that German network operators (Telekom, Vodafone, Telefónica) have placed pre-orders for new smartphones (aka for the new iPhone) on September 14th.

Will humanity go down the drain in 2040?

I like Futurezone not only for the technology articles and electronics news published on the site, but also and above all for addressing pop culture, political and social issues. One of them is the civilizational demise of humanity, which could take its course in 2040 - if one believes an MIT computer called "World One" and its forecasts from 1973. Although it says in the headline of the article sensationally “the world will end in 2040”, but it is not necessarily about the planet per se, but rather about people, their quality of life and the way they deal with the environment. What exactly the computer has to do with it, why you can believe it and videos on the subject can be found in the linked post;)

Facebook wants to initiate new friendships with “Things In Common”

Are you looking for people in your city or former students of the school that you have gone to who have similar interests? And you still need someone to introduce you? Then that could be among other things featured by CNET new Facebook feature “Things In Common” will be something for you. Facebook's latest excuse to collect data is to show in comment columns of posts and articles who comes from your area or who went to the same school and shares interests / groups / employers / etc. with you. This is how the “social network” wants to pair you up with new friends. For whom this is something, you can leave a comment: D

Like iFun at this point reports, Facebook is now launching its announced video platform called “Facebook Watch” around the world. The offer, which was exclusively available in the USA for a year, is now intended to compete with the Google platform YouTube in the rest of the world. According to iFun, this is what sets Facebook Watch apart from YouTube:

One of the unique selling points should be the social aspects of the video offering. For example, you can now see which videos your friends liked or shared.

Google Duo is the solution for video telephony from the Alphabet subsidiary, which has now also been optimized for the iPad. So if you not only want to communicate from iPhone to iPhone in FaceTime or iMessage, but also want to stay in touch with Android friends, then the app could be for you. How Google Duo works, what updates are there besides the iPad optimization and some other information shows app dangers in this post. The "Knock Knock" function is also described, a kind of "knocking" in which you can transmit your picture so that the person you are calling can see who is on it before you accept it.

The popular app for second-hand goods, second-hand offers and household resolutions "eBay Classifieds" has received some new functions in its iOS version for iPhone and iPad, as well as app dangers shows. For example, advertisements can now be extended directly from the app. Like in the App description Version 7.14.0 says: “Short and painless. See you."

PayPal, the largest and most popular eWallet for payments on the Internet, has also announced updates to the mobile application of its service. This can also be done with app risks read up. In the post it says with reference to a PayPalBlogthat a lot should be simplified - the user interface, the sending and receiving of money, and the overview or recognition of contacts. In order to keep contacts apart, you can, for example, assign a corresponding picture in the future. The same names, surnames or similar e-mail addresses then lead to less accidental wrong transfers.

The "Shijō Dori" has nothing to do with the film "Finding Nemo", but is a historical shopping street in Kyoto, Japan. This is exactly where Apple opened its newest store over the weekend. The interior of Apple Kyoto is set up in a similar way to all other stores around the world. For the design of the building, which can be seen from the outside, Apple has opted for a traditional touch, which is sure to be well received in Japan: the shop for elegant computer and smart technology has been shining in the look of a paper lantern since the weekend. Pictures of the building, the queue on the opening day and the interior are available from Appgefahren (here.) and in the Apple Newsroom (here.).

Apple's own solution for the sale of used, but functional and refurbished devices - the Apple Refurbished Store - now also offers the first iMac Pro models. The used goods are of course cheaper than new copies from the regular online shop. You can currently choose from various equipment options; the prices range from “only” 4.669 euros to 7.479 euros. You can see the offer with this link.

New news or rumors about the Apple September Event 2018

Above I already showed you the supposed date for this year's iPhone event, September 12th, 2018. Further messages and reports meanwhile revolve around the expected devices and their compatibility. For example, the new Apple Watch models should be compatible with the bracelets of previous generations. In addition, it is speculated that the small 9,7-inch iPad will not only receive an update this year, but generally no longer. There should be a new iPad Pro for this. That writes for example MacRumors (here.). There are also reports that there will be no new Mac mini this year :(

Update for macOS High Sierra on the MacBook Pro 2018

The update to macOS High Sierra 10.13.6 has currently been released for the MacBook Pro 2018 and is intended to solve some performance problems on the mobile computer. The update targets the touch bar and the sound of the device, among other things. Other areas can also be affected; As always, Apple does not give out any exact details when rolling out the update. You can find hints among other things in this post by MacRumors. If you prefer to read something about it in German, you can too here. stop by iFun.

When will the AR glasses from Apple come?

Finally, a bit of futuristic music for Apple friends: The technology giant is out Cupertino bought the startup "Akonia Holographics" and could continue to work on AR hardware with the appropriate technology and the company's experts. It is well known that Apple and CEO Tim Cook are not averse to augmented reality. With its own glasses for AR applications, Apple could conjure up the various solutions that already exist (or will exist) for the iPhone and iPad directly in front of the users' eyes. Like the iPhone ticker (here.) reported, Apple told Reuters about the Akonia Holographics acquisition, "Apple buys smaller companies from time to time - but we generally don't discuss their purpose or our plans."

Have a nice weekend! : D