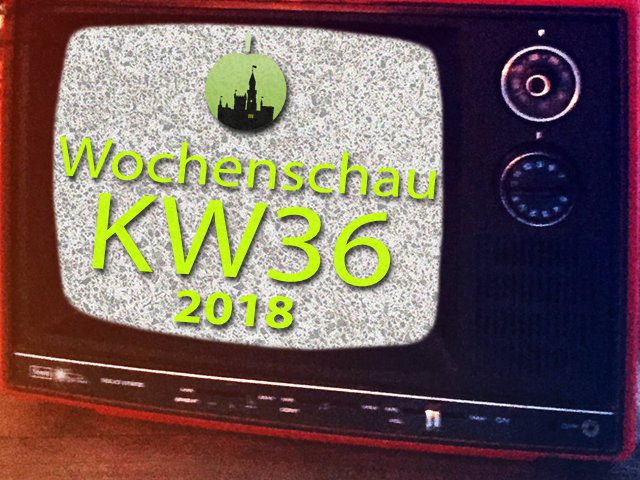 It is the Friday before the Apple Special Event in September 2018 - i.e. before the new iPhone and Apple Watch models. Perhaps we will also see a new iPad and a new Mac mini… What we currently know for sure is only: It's time again for a new Sir Apfelot newsreel! This time I'll show you which Apple and tech news caught my eye in calendar week 36 in 2018. Of course, there are also rumors and assumptions about the new Apple devices; as well as news about some apps like Google Maps and VLC for Mobile. If you are particularly interested in a topic, please leave a comment on it;) 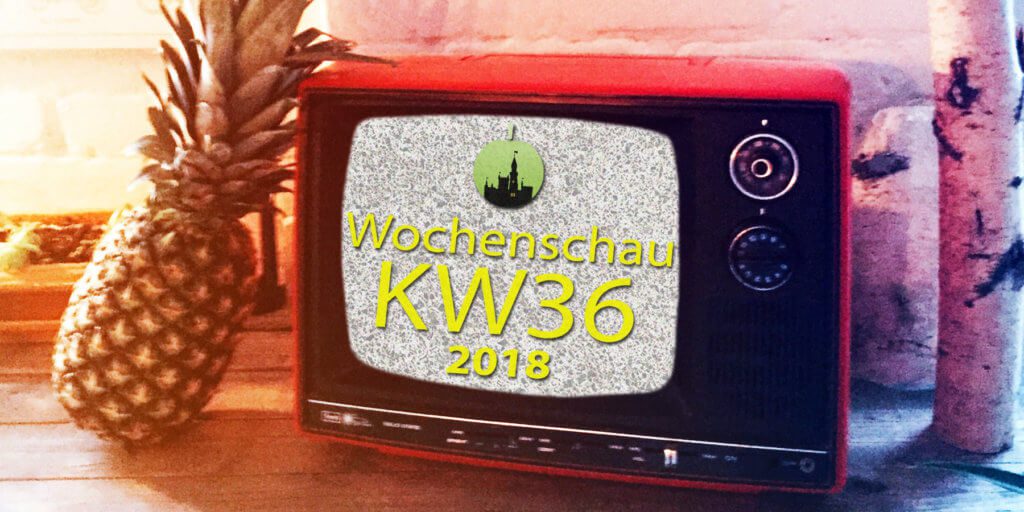 This week is about the Apple September Keynote 2018, radiation values ​​from smartphones, Instagram, Google Maps, VLC and the upcoming Apple devices such as iPhone and Apple Watch.

As already reported in the middle of the week, the date for the September 2018 keynote has now been confirmed by Apple. The iPhone event will take place on September 12th and will again be held at the Steve Jobs Theater. Further information, rumors about the new devices and more can be found in these two posts:

The smartphones with the highest and lowest radiation levels

If you thought worrying about radiation from cell phones and other cellular devices was a relic of the 90s, you would be wrong. The Federal Office for Radiation Protection has published an up-to-date list of devices that have the highest radiation levels in their product class. At the same time there is also a list with the smartphones that have the lowest values. I have both at Futurezone gefunden (15 places per list). The following numbers indicate the radiation value SAR, measured in watts / kg:

Like 9to5Mac in this post reports, the team behind Instagram has published a guide for parents whose children use the app. Among other things, it deals with privacy, security and useful life. The guide should help parents understand what their children are doing on Instagram, how they and their data stay safe, etc. You can read the “Parent's Guide” in English call here. You can find the blog post from Instagram for the start of the guide with this link (also in English).

Google Maps has received an update that now also displays events taking place nearby. In addition, the update provides a display of the height profile of footpaths and bike paths, so that as a user of Google Maps Navigation you can prepare not only for the straight line distance to be covered, but also for the exertion of ascents and descents. Details on the update of the app for iOS have, among other things MacRumors and App threats for you.

Update for the mobile VLC player

I also drove with the app a report found for updating the mobile VLC player app. "VLC for Mobile" has therefore received several optimizations on the iPhone and iPad. The innovations are summarized as follows:

Among other things, there is now one Activity indicator for buffering, i.e. the preloading of content. You are used to it from many other video services. If you use an external monitor, the background settings for continuing playback are ignored. If you use VLC with Bluetooth headphones, for example, playback is automatically paused when they are switched off. There is also now a correct sorting in folders.

Apple Watch 4 with more pixels on a larger screen

And now to the Apple topics that are even more important than usual this week. In the run-up to the Apple Special Event on September 12th in the Steve Jobs Theater - as always before an Apple keynote - there will be all kinds of reports about the expected devices. A report from 9to5Mac is the Apple Watch 4. With a view to the latest beta of watchOS 5, the display of the new Smartwatch from Cupertino should measure 384 x 480 pixels instead of the previous 312 x 390 pixels (42 mm model). How the larger display or the greater pixel density could affect the display and the options for the system and apps can be found in graphics in the linked article.

Apple Watch in the future with “Always On” mode?

Certainly not yet in the next generation and maybe not yet with the Apple Watch 5, but maybe in 2020 we could see an Apple Watch that has an always-on mode to permanently display the time. This is reported by 9to5Mac in this postexamining a patent filed by Apple. In addition to the battery question, it also deals with the problem of graphics (or times) burned in on an OLED screen. In addition, a Reddit thread is picked up in which the patent and the idea behind it are already heavily discussed.

... that is the title of a document from Brussels dated September 6, 2018 that you here can look at. It is about the EU Commission's investigation into the purchase of Shazam by Apple and whether this would put customers or their data and competitors at a disproportionate disadvantage. The commission has now come to the conclusion, six months after the request for examination, that the merger of Apple and Shazam does not raise any competition concerns. In detail it says:

[...] The Commission has therefore concluded that the merger would not raise competition concerns in either the whole or any substantial part of the EEA. A merger control decision does not release the company concerned from its obligation to comply with all relevant data protection regulations.

Have the prices for the iPhone XS / XS Plus and 9 already been determined?

We don't yet know exactly whether the new iPhone models will even be called that - but the first prices are already circulating on the Internet. Among other things, the Macerkopf has in one post these numbers are shown (list as a quote, prices for the 64GB model):

This means that the new 2018 iPhones will cost just as much at market launch as the iPhone 8, iPhone 8 Plus and iPhone X last year. What the surcharge for the expected 256GB models looks like is not known.

"AirPort utility gets new update after 4 years," headlines Appgefahren in this message. The AirPlay utility update targets the discontinued AirPort Express, AirPort Extreme, and AirPort Time Capsule base stations, among others. As always, the statements about the changes made by Apple are vague and also refer primarily to "improvements in stability and security" for this update. According to the linked post, the user interface has been adapted to the iPhone X as a visible change.

And finally, a note on the battery replacement program that Apple will be offering for iPhones until the end of the year. The program, officially known as "iPhone Battery Exchange", applies to the stated price for models from the iPhone SE to the iPhone X outside the warranty period. During the warranty period and covered by AppleCare +, you don't pay anything to replace the battery, even with older iPhone models. Without these prerequisites, this costs 89 euros. You can find all information and details as well as an overview in this Apple support document.