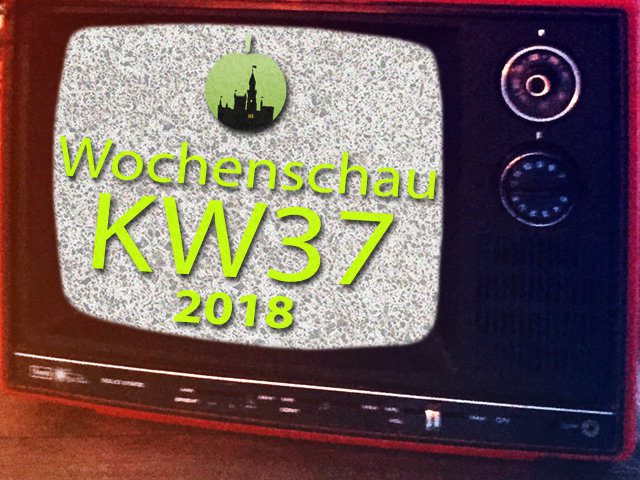 It's Friday again, so it's time for the Sir Apfelot newsreel with Apple and tech news from the past few days. Today I would like to show you the messages that I noticed particularly in calendar week 37 in 2018. It was not at all easy to identify other important topics in the jungle of many iPhone messages and keynote rumors and reports. The following is not only about the Apple Special Event on Wednesday, but also about the EU-prescribed “upload filter”, Spotify, IKEA, HP and the GDR. Have fun browsing and be amazed;) 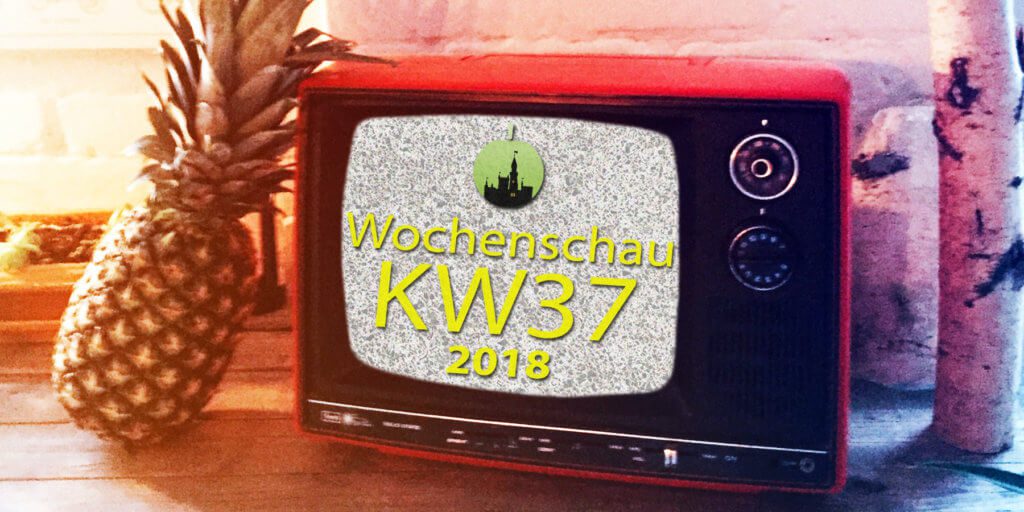 The Apple iPhone event, the upload filter of the EU, Spotify, IKEA, HP and the GDR - all of these are topics of the Sir Apfelot newsreel for calendar week 37 in 2018.

Let's start right away with what is probably the most important technology topic of this week, the Apple Special Event for the iPhone Xs, Xs Max and XR as well as the Apple Watch Series 4. I don't want to waste a lot of words about it here because I've been talking about this in the past few days have already done in separate posts. Therefore only the corresponding link collection here:

The GDR's mega-sized RAM is celebrating its 30th anniversary

“Always forwards, never backwards” was the motto of the declining GDR in 1988, whose leadership was presented with the country's first 30 megabit memory chip exactly 1 years before the Apple devices mentioned above were presented. There is background to the “U61000” DDR DRAM chip, anecdotes about the presentation to Erich Honecker and the incredible memory of up to 60 A4 pages with 40 lines of 60 characters each in this heise article. It also shows that Honecker should have received the chip, but only received a fake. The researchers who worked on it drew the real chip among themselves: D

Like Futurezone reported hereIn spite of all petitions and protests, the EU has passed new copyright protection measures that could severely restrict current use of the Internet. This has been summed up in the debate over the past few months with the term “upload filter” - with such a software-based filter, platforms with large, user-generated content will check the uploaded content for copyright infringements in the future. In picture, sound and video, this could (it is predicted) be the end of remixes, parodies, memes and the like. Pity!

The smart digitization of the world of work, especially of industry, is now also evident in the developments in 3D printing. Like golem reported here, for example, the technology manufacturer Hewlett-Packard uses inkjet printer techniques for its HP Metal Jet to produce 3D models with steel powder and binders as well as heat. In a space of 430 mm x 320 mm x 200 mm, parts for medicine, automobile and aircraft construction are to be created. In the linked post you will also find a video about the device and how it works.

Roller shutters, with which you can darken the bedroom, make the bathroom window opaque and also darken other windows or their rooms, are popular. In spring 2019, IKEA would like to bring two roller blinds onto the market with the Fyrtur and Kadrilj models, which can be controlled using Apple HomeKit with the Home App on the iPhone and iPad - that reports app dangers. In addition, they can theoretically also be integrated into command sequences for certain inputs using Siri shortcuts. Example: You say “Good morning, Siri.” And Siri not only switches on the coffee machine and the radio, but also lets in light with the IKEA roller blinds. Kind!

Spotify now has a higher download limit for offline music

Up until now, Spotify could “only” save 3.333 songs per user and device offline in order to be able to listen to them without WLAN or mobile data volume. How Futurezone speculates, this limit has now been increased to 10.000 tracks because Spotify wants to remain competitive with Apple. In addition to the higher limit of the songs downloaded via the streaming service, there is another change: instead of the previous three devices, you can now use one account to store and listen to songs on up to five devices. That makes a total of 50.000 songs per user account that can be played offline. An interesting step in customer loyalty for the Swedish streaming service.

Let's get back to Apple;) One Message from 9to5Mac after has Geekbench Even before today's opportunity to pre-order the Apple iPhone Xs, measured values ​​for its A12 Bionic Chip were published. With the note that the information may be fake and that it is not entirely clear which version of the iPhone Xs was tested, the following information is available about the results:

In a footnote of the official press release Regarding the Apple Watch Series 4, it is noted that the most important new feature of the watch will not be available outside of the USA: the EKG app for electronic measurement of the heart rhythm. Literally it says in footnote 1: "EKG app comes later this year (only for the USA)". This is probably due to the fact that Apple has so far only received approval / certification of the technology from the US agency FDA. For the use of the function in other countries, including Germany, Apple would probably also need their approval and classification of the technology. It is not clear whether and when this will happen.

A vulnerability was found months ago in Apple's “Safari” browser as well as in Microsoft's “Edge” Internet program: Fraudsters were able to send a legitimate-looking link by email that, when clicked, led to a phishing page, but in the address bar of the browser showed the address of the secure site (such as gmail.com). While the problem was fixed in Edge, Apple seems to be taking an unusually long time to come up with a solution. Like 9to5Mac including a video shows, the brazen phishing and fraud method (on iOS) can certainly be used for malicious attacks.

After long work on the new flagship store in Paris, it now seems as if Apple will be welcoming its customers to the Champs-Élysées from November 2018. In one Article about it 9to5Mac deals extensively with conversions, the announcement for this year's opening and the previous store at the Louvre. This Apple store, which opened in 2009, is supposed to be closed; Employees are to be migrated to the new shop, for which 200 jobs are currently advertised anyway. In addition to the sales areas and storage rooms, the new facility will also have offices for Apple France.

And now have a nice weekend! :)