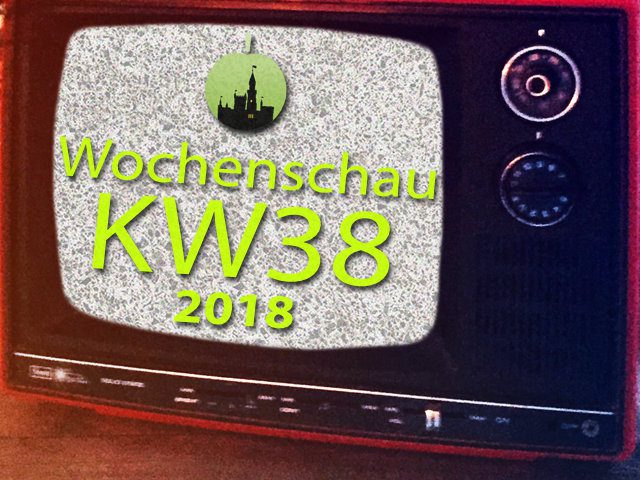 The weekend is just around the corner - and before we let it in, let's see which messages and news from the Apple and general technology world I noticed particularly in week 38. Right, it's time for the Sir Apfelot newsreel again. This time it's about GoPro, Sony, Samsung, Loupedeck, iOS 12, the new iPhone models and first reviews of them, as well as a bug in Safari on iOS and iTunes movie purchases. Everything is rounded off with Nintendo. A colorful mix, in which you are sure to find something that interests you very much;) 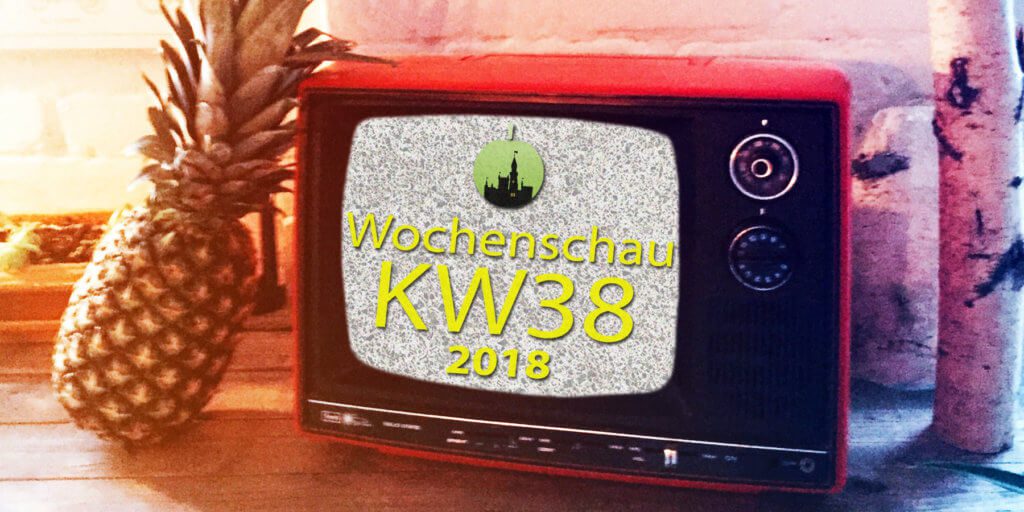 The Sir Apfelot Wochenschau for calendar week 38 in 2018 is about GoPro, Sony, Samsung, Loupedeck, iOS 12, the new iPhone models, Nintendo and more.

Sony brings out PlayStation Classic as a mini console

Nintendo has shown the way with the NES Classic Mini and the SNES Classic Mini. Now Sony wants to jump on the bandwagon of the newly launched retro consoles with pre-installed games. The "PlayStation Classic" should bring 20 pre-installed games as well as two PlayStation 1 controllers (in original size). Yesterday you could pre-order the PlayStation Classic in the 18+ version (probably with “Silent Hill” and similar shockers) on Amazon; However, it is currently sold out again (and also number 1 bestseller in the games category). The PlayStation Classic will officially appear on December 3, 2018; with titles such as Final Fantasy VII, Jumping Flash !, Ridge Racer Type 4, Tekken 3 and Wild Arms.

The GoPro HERO7 is finally on the market and you can buy it in the versions White (entry-level model), Silver (a little more under the hood) and Black (professional model for action). I have prepared technical data, functions, pictures and a video for you on the topic: GoPro HERO7 - Action Cam available at CamForPro.

Is there another battery fire with the Samsung Galaxy Note 9?

At the moment it “only” looks like an isolated case, but it is strongly reminiscent of the debacle surrounding the Samsung Galaxy Note 7 two years ago. According to Entry from Futurezone, the Samsung Galaxy Note 9 of a user in New York is said to have overheated and then led to smoke in her handbag. Whether it was a faulty model, incorrect use was to blame, or whether Samsung's 8-point plan for more battery safety has failed, that has not yet been finally clarified.

Let us now come to the Apple reports on this Sir Apfelot newsreel; and let's start with iOS 12. The new operating system for Apple iPhone, iPad and iPod Touch was installed on around 48% of active iOS devices in the first 10 hours after the upgrade release. This reports, among other things, MacRumors in one Post . If you have also equipped your device with the system, then I recommend this security settings guide: Security under iOS 12 - settings you should know.

Let's stay briefly with iOS and its version 12.1. According to some analysts and rumor friends, this should indicate an iPad Pro with a USB-C connection instead of a Lightning port. Even before the Apple September keynote in 2018, a new tablet from Cupertino with the universal connection was under discussion, but was not presented. According to one Post from 9to5Mac the hints - especially in the code of iOS 12.1 - should pile up that it will come after all. Why? Because the system should now also support external displays with 4K resolution, which is not possible with the current outputs and adapters. Here is the tweeton which the post is based.

Anyone who has already been allowed to hold the Apple iPhone Xs or Apple iPhone Xs Max in their hands and play around with it has probably already been digital about it. In a Summary shows app hazards the first test reports that were fired for relevant publications shortly after the end of the embargo. The German test reports include the star, the picture and Spiegel Online again. The English-language page is the only specialist magazine The Verge called. Anyone who speaks the English language should prefer this review;)

In addition to the tests that deal with all possible specs and functions of the iPhone Xs models, there is also a very nice collection of travel photos that were taken with the 2018 model. They impressively show what the new iPhone dual camera can do and how beautifully taking pictures with the cell phone in the photography era of "Computational Photography“Can be. Do you want to see these unique pictures? Then take a look in this post from PetaPixel over.

And while iPhone testers with an affinity for photos travel to Zanzibar, an Apple user in Canada is annoyed that the films he bought in Australia via iTunes are no longer available. That’s what it was all about 9to5Mac contribution to a viral tweet from the same user and Apple's response to it. This overarching question arose: Can Apple's iTunes purchases be deleted, especially when changing location and store? If you take a look at the terms of use and the article linked above, this only applies to films (and other media) that can be bought in one country but not bought in the second. When changing the country settings, titles that are not available are deleted.

AirPower - reasons why the start is a long time coming

At the same time, there is another brooding topic about Apple and its offers - namely with regard to AirPower, the wireless option to charge Apple devices via Qi technology. The delay in the market launch is said to be due to various problems on the engineering side, like MacRumors reported here. If these are not resolved promptly, it is said, AirPower is doomed to failure. There is a German message on the subject of app risks: here . This also addresses the problems, including the 24 current coils of the AirPower charger, which are necessary for the free arrangement of the devices to be charged, but which cause a lot of heat and production problems.

CSS code in Safari can drive iOS into a reboot loop

And now iOS again. Like MacRumors at this point reports, attackers can use CSS code in the Safari browser of the mobile system to reboot the entire system and thus reboot the iPhone, iPad or iPod Touch. The problem with this: the browser is called up again after the start, the code is executed again and the device is restarted over and over again - a so-called reboot loop. You can read more details and modifications of the problem in the linked post. The problem has already been leaked to Apple; a solution should therefore not be too long in coming.

Finally, once again news from the Nintendo world: Nintendo Switch Online is here! The online service of the Japanese game maker not only offers exclusive goodies and cloud storage for scores as well as a smartphone app for voice chat while playing, but also and above all a library of NES classics that can be used either alone or Play locally as well as online with others. In addition, there are NES controllers for the switch, which are available exclusively for subscribers to the service - currently available for pre-order with delivery in mid-December. All details, already available NES titles and more information here: Buy Nintendo Switch Online and NES Controllers: Here's how!