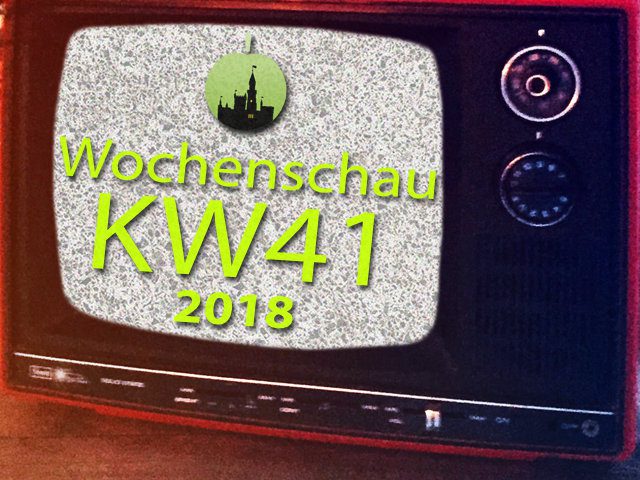 It's Friday again, and so it's time for the Sir Apfelot newsreel. Today, as part of the article series, I would like to introduce you to those Apple and tech news from calendar week 41 in 2018 that caught my eye. In addition to some Apple topics, this also includes reports and messages on Facebook, Google, Luna Display, an autonomous smartphone system and a video game port for iOS devices. Have you read any interesting news from the world of technology and digital this week? Then like to leave a comment with the (reputable) source so that we can all benefit from it;) 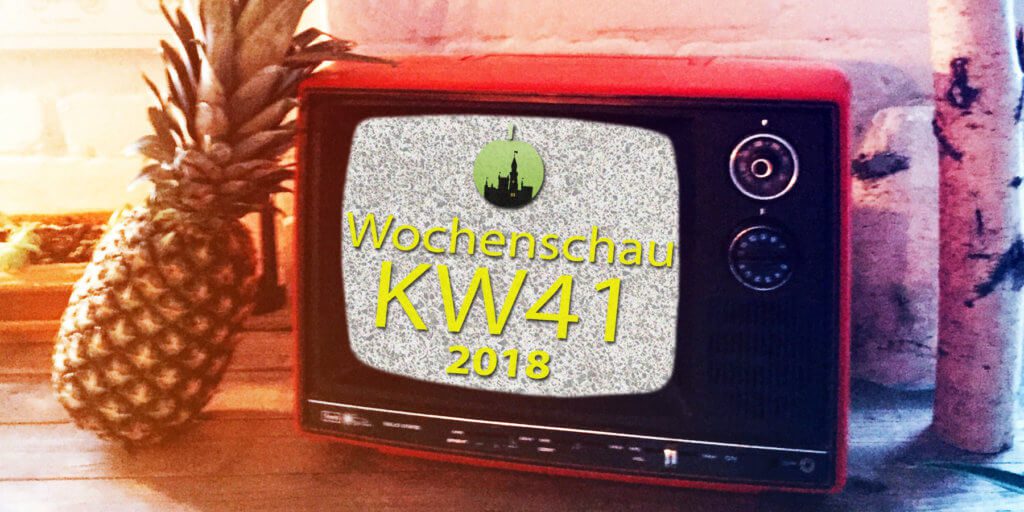 The Sir Apfelot Wochenschau for calendar week 41 is about Facebook, Google, Astropad, Spektral, new iPads and a new Apple Pencil, Stardew Valley for iOS and a lot more!

As if there weren't enough options for video conferencing, Facebook has now introduced its own device for this purpose: Portal. With the regular “Portal” version, which has a 10-inch display, and the “Portal +” model, which has a 15-inch display, users should be able to buy a smart video telephony device. In addition to a screen, speakers, microphone and camera, it also includes an AI system with smart camera and smart sound. The camera should automatically follow you when you move and also adjust the zoom so that all people are shown in front of the camera. The smart sound is supposed to suppress background and background noises. Further information on the devices is provided by MacRumors, among others with this post.

Facebook again: The platform for social networks now offers a 3D photo function, which is based on the portrait images that can be taken with iPhone 7+, 8+, X or XS (Max). "The 3D photos, which are also available for VR, can be described as kind of wobbly images“, Writes app risks in this post. The linked post also lists the tips that Facebook gives its users for 3D photos. For example, for creating layers, for contrast, which you should definitely consider, and for textures. It is said that plastic or glass, for example, are not always precisely detected by depth sensors.

Google has launched new devices, including the Pixel 3 smartphone. In addition to the successor to the Pixel 2, which is often praised primarily for its camera, the Alphabet subsidiary also offered the “Home Hub” smart speaker and the “Pixel Slate” tablet. While the smartphone and the tablet will certainly appear again here and there in a blog post (camera comparisons and so on), I would just like to briefly point out that the Google Home Hub is probably Google's answer to Amazon's “echo show “Is, the Alexa device with screen, camera and so on. Incidentally, for privacy reasons, Google does not have a camera in its device. Details and prices shows MacRumors here.

It revolves around Andy Rubin and his ambitious plans with the Essential company an article from Futurezone. After the company Essential recently drew attention to itself with negative headlines, did not bring out announced products or was busy with brand disputes, there are now new plans. That's how it should be, reports Futurezone with reference to Bloomberg as a source, a smartphone system with AI will be brought onto the market that can imitate the user and answer messages for him, manage appointments and take on other tasks. In the linked post it is (currently) "According to the information, a prototype will be completed by the end of 2017 and presented at the CES smartphone trade fair in Las Vegas in early 2018"- but probably meant at the end of 2018 and the beginning of 2019;)

Astropad Lunar Display - Use the iPad as a second Mac monitor

From experience, I can only recommend the use of two or more displays / monitors for office work, researching and processing content as well as for a number of other tasks on Mac, iMac or MacBook. If you want to experience this comfort on the go with mobile, lightweight and compact technology or want to save money on an additional monitor, you should take a look at the “Luna Display” gadget from Astropad. This allows you to transform your iPad into a second Mac display. The USB-C / DisplayPort stick ensures that the Mac screen on the Apple tablet is not only mirrored, i.e. reproduced. It provides an extension to outsource app windows, documents and so on so that they can be used away from the main display. Provide details on the former Kickstarter project MacRumors and 9to5Mac.

According to reports, there is also another problem with the Apple Watch 4 that arises when you change the time - or when you change from summer to winter time or vice versa. Like app dangers (right here) and MacRumors (right here) show, there were recently cases in Australia in which the Apple Watch acted incorrectly during the time change or even fell into a reboot loop. The bug is supposed to take care of itself when the new day comes and the time is set back from midnight, so to speak. And also by removing the Infograph dials, the problem is supposed to be solved / not appear. Details can be found in the linked posts.

As among other things 9to5Mac in a post shows, Apple has once again bought a startup that is developing an interesting technology that also fits the Cupertino-based company. Spectral is the name of the company that Apple bought, and it has developed software for smartphone photography that calculates and replaces the background from the image in real time. According to the report, the $ 30 million purchase was said to have been made last December. The incorporation makes sense, as the technology can be easily combined with the portrait mode of the iPhones.

It was already known before this week that new Apple devices with the model numbers A1876 and A1980 were registered with the Eurasian Economic Commission. In addition, A1993 has been registered with the Ministry of Industry and Information Technology in China (Ministry of Industry and Information Technology, or MIIT for short). In addition, a “Bluetooth device” with the model number A2051 has been registered, which is likely a new Apple Pencil. MacRumors has more information and linked reviews on the subject at this point summarized. And 9to5Mac is also possible right here on the subject.

Stardew Valley comes as an iOS app on iPhone and iPad

"Stardew Valley" (Chucklefish) is a very popular video game, which is a skilful mixture of "Harvest Moon" (Marvelous Interactive) and "Animal Crossing" (Nintendo). The farming RPG won numerous prizes in 2016 and can be viewed on PlayStation 4, Xbox One, Windows, macOS, Nintendo Switch, Linux and Co. are played. Now it's also coming to Apple's mobile devices. You can use the app before it is released on October 24, 2018 Pre-order in the App Store. The price is € 8,99. If the game doesn't tell you anything yet, here is the trailer for the upcoming app: