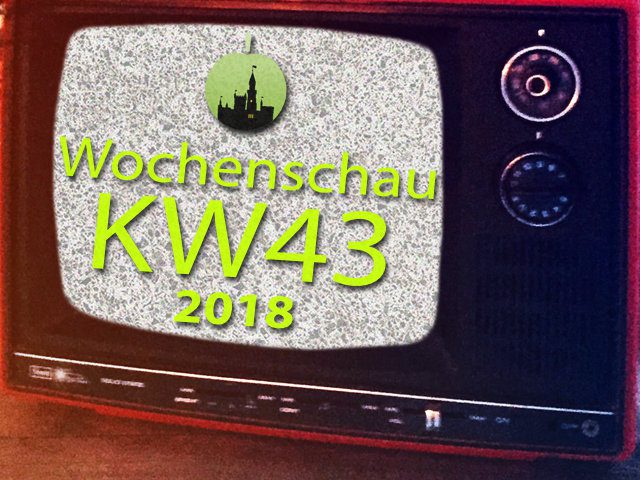 And already it's Friday again, this time the last in 2018 with daylight saving time! Don't forget to change the clock on the weekend; maybe from the living room to the kitchen. Before that, however, there is the good old Sir Apfelot newsreel as usual. This time it's about Apple and tech news, which I noticed particularly in week 43. Topics include: Zombie iPhones (suitable for Halloween), bot networks for advertising income, Kreuzberg as a no-go area, Microsoft and GitHub, WhatsApp with Face ID and Apple's battery exchange program. Do you have any exciting news ready? Then leave a comment;) 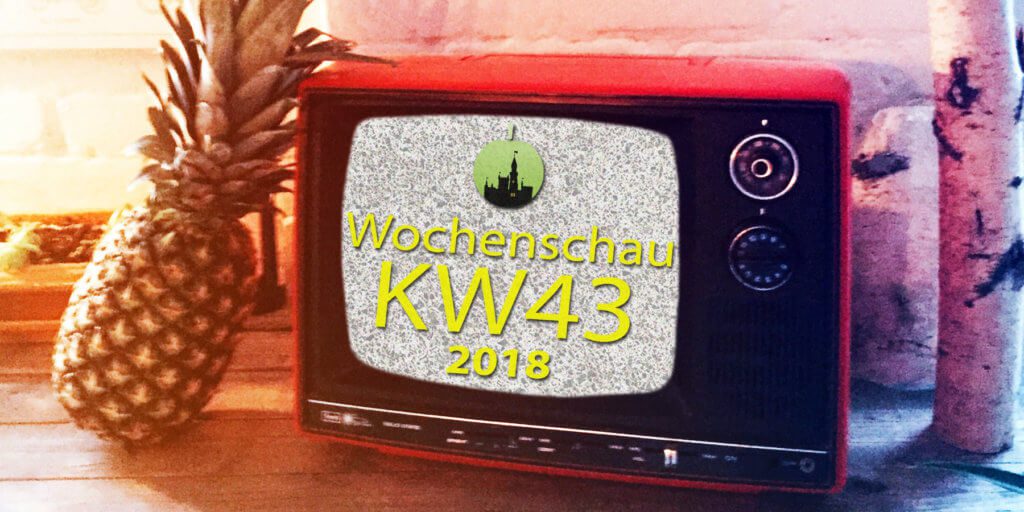 In the Sir Apfelot Wochenschau of calendar week 43 in 2018 you will find Apple and tech news on topics such as: WhatsApp with Face ID, Kreuzberg as a no-go area for technology companies, zombie iPhones, bots for advertising revenue, Microsoft and GitHub, and so on.

On Tuesday there is a new keynote from Apple - this time from New York and not from Cupertino. What exactly we can expect for devices is not yet clear. However, following disclosure of model numbers submitted to Eurasian and Chinese regulatory bodies, some specific hardware families are under discussion: Mac, iPad, Apple Pencil, and possibly even Mac mini. Will the AirPower charging mat come out on Tuesday, which can charge several devices such as iPhones, Apple Watch and AirPods with umpteen built-in induction coils? Time will tell. You can find more information in this post: There's more in the making - Apple Special Event on Tuesday, October 30th, 2018.

You can only benefit from a lower price when replacing your iPhone battery outside of the warranty period for about two months. Because at the end of the year Apple's battery replacement program will expire, through which you can use the iPhone SE, iPhone 6, iPhone 6 Plus, iPhone 6s, iPhone 6s Plus, iPhone 7, iPhone 7 Plus, iPhone 8, iPhone 8 Plus and iPhone X only pays 29 €. From January 1, 2019, the replacement of the batteries will cost 49 €; the iPhone X even costs € 69, i.e. the same amount as the models Xs, Xs Max and XR. You can find all information about this on this support page.

With more than 125 apps, an extensive network of fraudsters is said to have observed the clicking and typing behavior of users in order to use it as a blueprint for bots. These bots, i.e. artificial users, then used the behavior of natural users in apps issued by the fraudsters and mixed them with calls for advertisements. This generated advertising revenue that runs into the millions. The manipulated apps and bot activities were played on Android devices, and Google is said to have already removed the affected programs from the Play Store. It was all revealed by Buzzfeed, you can find the report here. You can find German reflections on the topic at ComputerBase (right here), t3n (right here) and online marketing (right here).

After Zalando had already failed in Kreuzberg, Google was now ruined the Berlin district. Until recently, a new Google Campus was planned there, a kind of hotbed for startups and coworking; and only the seventh of its kind worldwide. However, residents and opponents or those who refused to progress had resisted the plans, so that Google finally abandoned its Berlin plans. In a guest post The head of the startup association Florian Nöll writes on the t3n page (excerpt):

At the height of the escalation, activists occupied the construction site in September. Now Google has pulled the rip cord and buried the project in Berlin. The activists celebrate, which Taz writes of a surrender of the Internet giant from Mountain View. That's not it. In truth, it is a neighborhood's denial of progress.

Own opinion: From my own experience, I can say that such a Google campus is a great thing - for coworking, to network, to not only get startups off the ground, but also to bring them to market, for presentations and product or system presentations and also to organize events for the district or the district. I saw for myself how it worked out wonderfully in Madrid. You can get your own impression here: campus.co/madrid/en

EU waves the Microsoft takeover of GitHub through

20 weeks ago I already did in a newsreel reported on the acquisition of GitHubs by Microsoft. Back then there was still a lot of headwind from developers and other users. This is now flattened. The EU has also completed its examination of the takeover and waved it through. In a small one Articles iFun reported on the topic and showed that the takeover will neither distort competition nor restrict the open nature of the GitHub platform. On this basis, the purchase was approved.

WhatsApp - Back up chats on the iPhone with Face ID

“WhatsApp chats can soon be protected by Face ID,” headlines the iPhone ticker at this point. According to the article, WhatsApp is supposed to work on letting users save chat histories with Face ID (or on older models with Touch ID). In this way, private as well as business or journalistic communication can be secured with biometric data and shielded from unauthorized access. The app itself should not collect its own data, but rather access the data stored in iOS and its comparison with iOS via the interfaces supplied by Apple. This should prevent the biometric data from being read out by WhatsApp hackers.

Tim Cook, the managing director of Apple, spoke among other greats from the technology industry, politics, business and other fields at the data protection conference of the European Parliament. In his speech, he addressed, among other things, how important data protection is, how Apple is committed to what legal standards there should be in the USA and worldwide and that business with personal data should be prevented. Rather, companies should measure themselves by collecting as little or no data from their customers / users as possible and still offering them added value. You can find the entire 20-minute speech as Video on YouTube or here as an embedded element:

"Apple has hardware against 'zombie iPhones'", headlines the heise page in your Mac & i area. The device described in it is a serial number reader that is intended to identify stolen and manipulated iPhones. The technology giant from Cupertino is reacting to a wave of fraud in China in which stolen cell phones with counterfeit parts and tampered serial numbers were exchanged for new iPhones or used devices refurbished by Apple. This of course caused considerable financial damage, which is why Apple can now expect not only fewer cases of fraud, but also fewer losses.

Planned obsolescence: Millions in fines for Samsung and Apple

Because of planned obsolescence, i.e. the wear and tear of products already envisaged during product design and manufacture or in the subsequent supply of updates and systems, Samsung and Apple, among others, are now supposed to pay fines in Italy. In detail, Italian competition authorities have imposed the fines and are demanding, for example, 10 million euros from Apple because of the so-called “iPhone brake”. The berichtet including the iPhone ticker. How, moreover, t3n schreibt, so Samsung is to pay 5 million euros. Further information and background information is provided by the Autorità garante della concorrenza e del mercato in the official press release (English).

Under the hashtags #ShotoniPhone and / or #ShotoniPhoneXs, photographers, semi-professional image artists and amateurs publish their best photos on Instagram, among others, that they have taken with the new Apple mobile devices. Some images representative of the company have now been highlighted on a separate page in the Apple Newsroom. To select the iPhone photos in the form of embedded Instagram posts you come with this link.