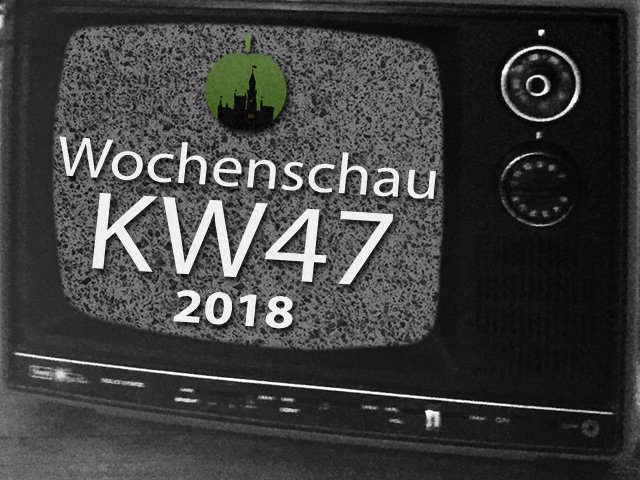 Today is Black Friday 2018, and at the same time it's that time again: a new Sir Apfelot newsreel is coming up. This time I will show you news and messages from the Apple and the rest of the world of technology that caught my eye in calendar week 47 in 2018. Included are Final Cut Pro X (or a warning to video creatives on the Mac), Nike bracelets for the Apple Watch, games that are cheaper on Black Friday in the App Store, Amazon's Apple Shop, products that are no longer offered by Apple and much more. If you still have an interesting news of the week ready, please leave a corresponding comment;) 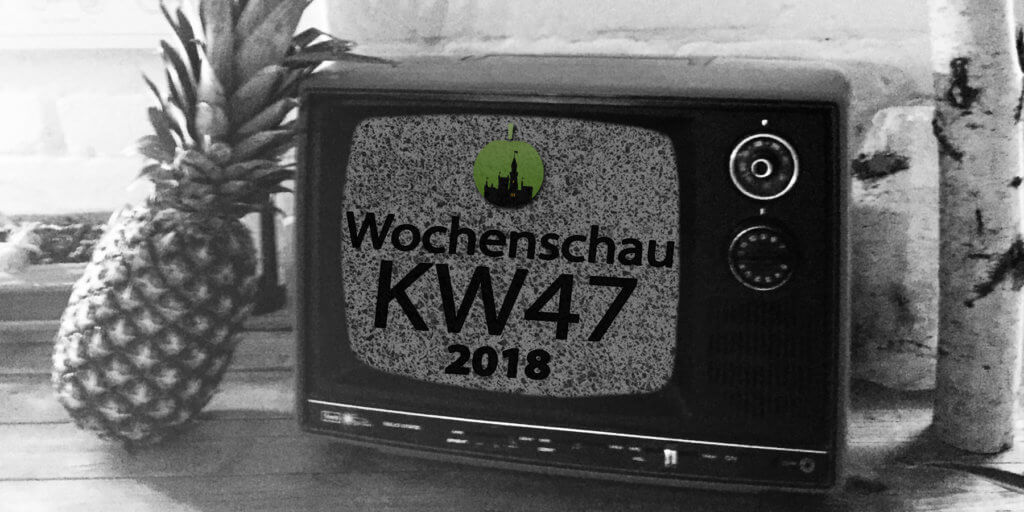 Don't worry, the Sir Apfelot newsreel for calendar week 47 in 2018 is not completely under the "Black Friday" motto - but there are still some reports;)

I would of course like to start with today's Black Friday, the coming weekend and the following Cyber ​​Monday. For everything you will find relevant reports and brief news here in the blog, in which you can find individual offers, promotional pages from retailers and discounted software from great developers. Here is a small overview, in case you can or want to deal with the topic until Friday evening:

Whether as a Berliner on the way to work or as a tourist who wants to check the sights near the next exit, Berlin will make it easier for you from 2019! Because then the Berlin subway of the BVG will bring its passengers to the mobile Internet with 4G LTE. The time will come from the middle of next year, says the Berlin Senator for Economic Affairs, Ramona Pop, among others of a tweet With. The BVG replied two days later, also on Twitter, self-deprecatingly with the comment: “Sorry for the late Like! We only had Edge. ”- You can find more information and the embedded tweets in this post from Futurezone.

“Apple Shop” on Amazon has started

As already in the last newsreel shown, Amazon is now offering Apple products in a separate shop area on its website. The Amazon Apple Shop can be found with this link, and offers for iPad Pro, iPad Air, iPad mini, MacBook, MacBook Air, MacBook Pro, iMac, Mac mini and iPhone. In the future, one should Entry According to app dangers, the Apple TV can also be found on Amazon in the official apple area. So far, Amazon has resisted the sale of the TV box from Cupertino in order not to offer any competition to in-house Fire TV products.

The fact that some network devices from Apple are no longer in production is old hat. But now reports 9to5Mac at this pointthat Apple is currently also discontinuing the sale of the remaining stock. AirPort and Time Capsule are officially deleted from the product range of the technology giant. As is also shown in the article, at least for the AirPort Express there was an update to AirPlay 2 as well as an implementation in the Home app.

The current watch straps from Nike are being launched with three new color combinations. With these you can make your Apple Watch sportier - you can choose from Celestial Teal / Black, Smokey Mauve / Particle Beige and Olive Flak / Black. Behind the word monsters are dark tones of turquoise, pink and ocher with small details in a different color. Pictures of it as well as information about the Sport Loop and so on can be found if you are interested here in case of app threats or here at MacRumors.

important message for the video nerds among you, I found one at 9to5Mac this week! It deals with video formats from various cameras (including Sony, GoPro, etc.), which are still supported under macOS 10.14 Mojave and the software compatible with it, but which can no longer be edited in future operating system versions. Apple advises in a corresponding support document therefore to complete projects with these formats and to switch to other video file types.

Here is a quote from the support document:

Older media files are compatible with macOS Mojave, but will not be compatible with future versions of macOS. Legacy media may include: footage captured with cameras such as Sony's HDCAM-SR models, GoPro camera footage captured in CineForm format, Avid DNxHD / DNxHR video files captured with software material recorded with many older cameras, or files edited with older software.

"Hey Siri, OK Google" - Sounds strange, but it is

If you use the Google Assistant on an iOS device, you can now address the colorful digital assistant via Siri. This is made possible by the current update of the Google Assistant iOS app and the corresponding Siri shortcut. Reports include 9to5Mac (here ) and ComputerBase (here ). The latter message ends with a warning about its use under the subheading "Google Assistant as a data octopus":

However, the use of the Google Assistant goes hand in hand with an all-encompassing assignment of rights. Google collects the entire search history, browser history and credit card purchases via the assistant when these are made via the app. The Google Assistant is therefore also in the criticism of the data protectionists.

And finally, a recommendation for the cold weekend, if there is no winter, Advent or Christmas market in your city yet. Like app dangers at this point reported, there are 14 great games for iPhone and iPad cheaper in the iOS App Store. These include titles like Mushroom 11, Hyperforma, Pigeon Wings, Hidden Folks and so on. Personally, I think Gorogoa for only € 3,49 the most interesting. The atmospheric puzzle with a fantastically told story is ideal for a dreamy Sunday afternoon on the couch. Graphics with a love of detail, actions that span time and space and a certain mythology round off the package.