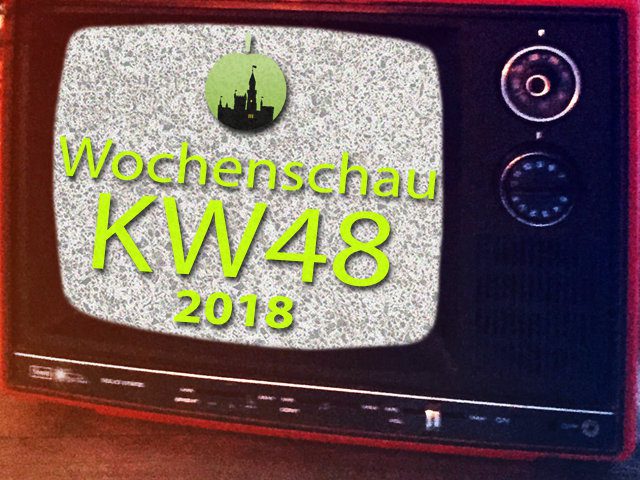 Welcome to the Advent season of 2018 :) This weekend is the first Advent and with it a little Sir-Apfelot raffle starts. But more on that in the corresponding paragraph. First of all, the weekly tip: It's Friday and therefore time for the Sir Apfelot newsreel! This post contains the Apple and tech news that caught my eye in calendar week 48 in 2018. Also included are Microsoft, CeBit, Telekom, the iPhones Xs and XR, an idea for removing the “notch” from smartphones, the Apple Watch and much more. 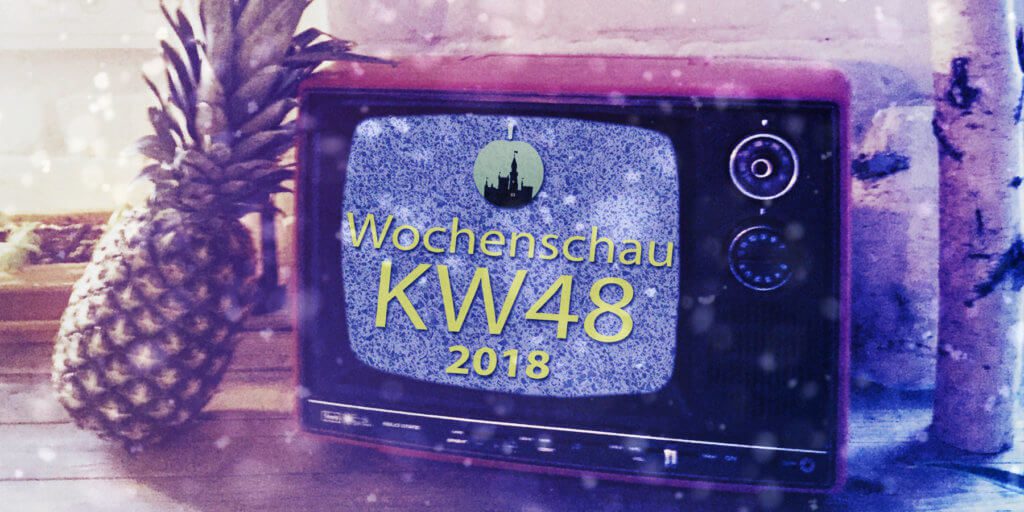 The Sir Apfelot Wochenschau for calendar week 48 in 2018 is about Microsoft, the University of Manchester, iPhones and the Apple Watch, about CEBIT and much more!

If you have the Sir Apfelot newsletter If you have subscribed, a little Advent competition will be waiting for you from this week. You can win a small package with a gift of your choice every Advent and Christmas. How it all works in detail and what the prizes are, you can find out in the current newsletter, which will be sent out today (towards evening). So subscribe quickly and win;) Winners will be determined by lot, no payment of the profit equivalent is possible, any costs incurred will not be covered, the judge's decision is final.

With 1.036.800 cores on 57.600 ARM chips, around one billion brain cells have been simulated at the University of Manchester since the beginning of November 2018 - that berichtet Futurezone. "Above all, researchers expect the new supercomputer to provide new insights into how the brain works. The machine could also be used to simulate complex neural networks that could bring advances in image recognition or the control of autonomous robots.“, It says in the post. You can also find an interview with Steve Furber from the University of Manchester on the topic at Futurezone.

Telekom StreamOn in the headlines again

The idea of ​​the “StreamOn” tariff option is actually a good one: content from streaming services is not counted towards the monthly volume included in the tariff for data traffic. The Federal Network Agency has now criticized the service again. In some tariffs, the option allows video, film or series streaming only in SD (standard definition) instead of HD (high definition). According to the demands of the Federal Network Agency, Telekom is supposed to remedy this violation of network neutrality. In addition, the option within the framework of EU roaming should also work in other EU countries, otherwise there is a risk of penalties. The heise news ticker has more details at this point.

You can hardly wait for the future, in which there are real flat rates with unlimited high-speed volume for all applications, can you? : D

CeBIT will no longer take place from 2019

The CeBIT trade fair ("CEBIT" since 2017) has existed or existed since 1986. Among other things, it emerged from the Hanover Fair, which has been held since 1947. As early as 1969, in a hall with the name "Centrum the Büro and Informationstechnik “presented new technologies. In the history of the fair, there have been repeated announcements and presentations of innovations that amazed the industry. In 1994 VoIP telephony and Windows 95 were exhibited; In 2011 the focus was on cloud computing. Now became knownthat the CEBIT will no longer be held from 2019. Declines in visitors and an expected loss of business are to blame. There are also details on the official website.

Why Microsoft has wind in its sails again

Microsoft was once believed dead and yet is back; currently even as a more valuable company than Apple at times. Various websites have put together lists that are supposed to point out the points that made Microsoft wind up again. Among other things, I have at Futurezone a contribution to the topic found. The points named in it for the recent success of Microsoft are cloud services, the subscription model for office programs, the repulsion of the mobile communications adventure with Nokia, the new boss Satya Nadella and a few more. What is usually not mentioned is the gaming area with Xbox, mixer and Co., which is also part of the recent success.

The one, the one, or the notch? You don't really know what the title of the indentation on the display at the top of the screen of the iPhone X, Xs and XR is, and yet it is still under discussion. After numerous Android copies (e.g. from Xiaomi or from Umidigi) the trend should move away from the black bar and towards the actually borderless display. But where should the camera and Face ID technology be installed? Looking at the Vivo NEX, which has a retractable selfie camera, the 9to5Mac is currently leading conduct a surveywhether users can or would like to imagine such a motorized camera and Face ID console in the iPhone. Most say Apple shouldn't follow the example shown. Since the technology also takes up a lot of space and is prone to errors, it probably won't work.

Let's stay with the Apple iPhone. Also with 9to5Mac I found some interesting articles that show that the demand for the current X models is still below the manufacturer's expectations. On the one hand is written of declining orders in the supply chain and production of the device. On the other hand, there is talk of an additional purchase incentive, which is intended for all those who exchange their old device for a current Apple iPhone. Another Apple offensive berichtet the iPhone ticker: with reference to CNET, the statement by Apple's marketing manager Greg Joswiak is reproduced that the iPhone XR is the current top seller.

Apple Watch's EKG function comes with watchOS 5.1.2 (in the US)

With the system update of the Apple Watch to watchOS 5.1.2, the announced ECG function should now be available, is it [called with app threats. However, as was already known, the function will initially only be usable in the USA, since it was only recognized or approved there by the corresponding institutions. In other countries you should be able to use it by the way, by changing the country setting of the device to USA. Everyone has to decide for themselves whether this is practical to only activate an additional function.

For developers, the tools of the iTunes Connect portal will not be (fully) available from December 23 to 27, 2018, such as the iPhone ticker berichtet. This means that Apple does not do without the traditional Christmas break in the background of the app store this year. Not only developers, but also the Apple employees behind the App Store can shut down something during this half-enforced break. Maybe you also have the opportunity to do so - whether yes or no, I wish you a nice Advent season :)