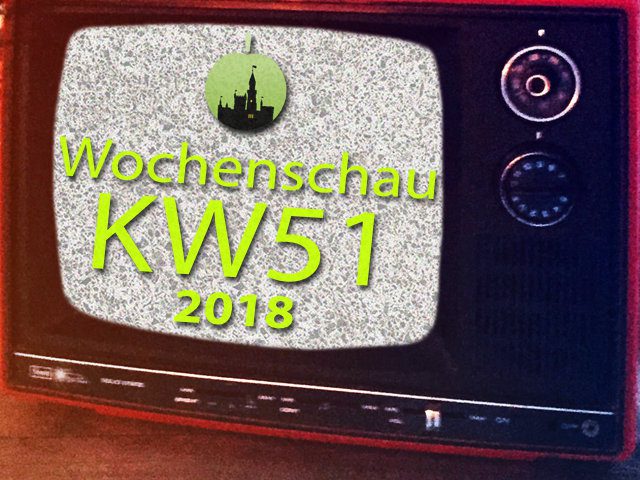 Welcome to the penultimate one Sir Apfelot newsreel this year. This time I'll show you the Apple and tech news that caught my eye in calendar week 51 of 2018. Included today are topics such as e-cigarettes, Steam, iPhone XS Marketing, iOS 12.1.2, Shazam, Twitter, waterproof AirPods cases and one or two things more. If you have seen an interesting message, please leave a reference to it in the comments under this post;) Otherwise, we wish you a happy holiday and quiet holidays at this point. 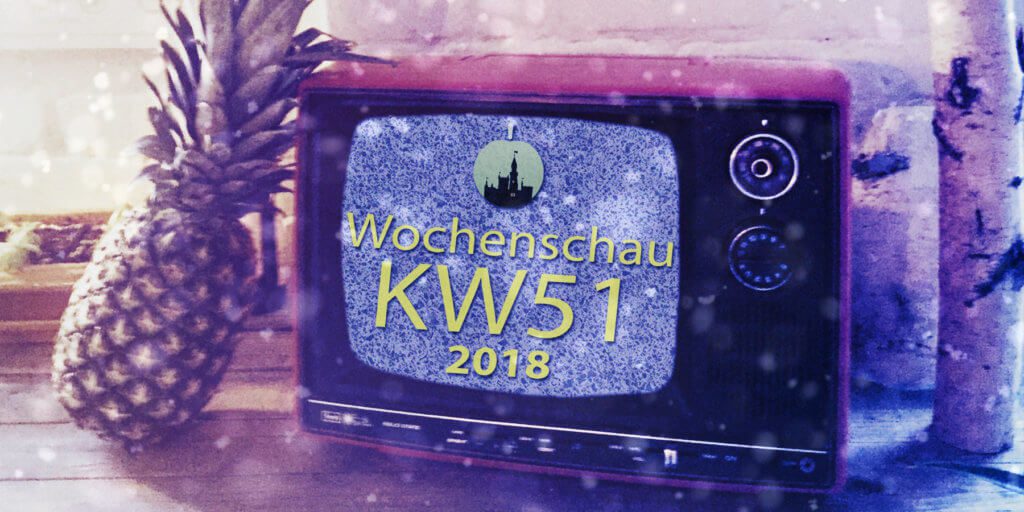 Today in the Sir Apfelot newsreel: Twitter, Shazam, iOS updates, waterproof iPhones as lifesavers and points of contention, e-cigarettes and Steam on the Mac.

Shazam can now be used without advertising

A year ago it became known that Apple would like to buy Shazam. Later on, the deal became too waved through by the European Commission and now we can enjoy the positive consequences: Shazam has become ad-free. Among other things, this reports app dangers at this point. In addition, it is forecast that the "Shazam Encore" app, which was previously available for EUR 3,49 in the iOS App Store, will soon disappear due to the change. Shazam - for those who are new to it - is an app that recognizes music when it is played to it. In this way, songs and artists can be identified if you listen to unknown music on the radio, in a shopping mall or elsewhere and want to know more about it.

Twitter solves the problem for many users: Chronological timeline

Instead of the top tweets, Twitter users can now display the entries in their timeline in chronological order. Among others, MacRumors (here) and 9to5Mac (here). This addresses quite a few user complaints and enables a clearer experience for Twitter users. As you can see from the sources indicated, the update applies to iOS users for the time being. Android users will still get the feature.

New on iOS! Starting today, you can tap ✨ to switch between the latest and top tweets in your timeline. Coming soon to Android. pic.twitter.com/6B9OQG391S

A waterproof case for Apple AirPods has recently been found in Apple's US store. With this, the smart headphones stay dry and ready for use even on the beach, in the boat, when bathing and when stored in rainy climes. The case does not replace the original charging case, which is pushed into the silicone product so that the AirPods can not only be stored waterproof, but also charged at the same time. A charging cable can also be connected to the case. It also has a practical snap hook. You can find pictures and more details at this point at MacRumors or here at 9to5Mac.

Last week I already pointed out to you that you should wait with the update for a new mobile operating system from Apple. Because as it turned out, there were some bugs in iOS 12.1.1 that could interfere with the mobile data connection, among other things. These bugs and other small errors are said to have been fixed with iOS 12.1.2. So if you have been waiting to be able to do an update or to get rid of the bugged 12.1.1, you can now access it again;)

Lawsuit against Apple: is XS advertising "hiding" the notch?

Since the unveiling of the iPhone X last year, there have been news, disputes and all sorts of other messages about the notch - the small, display-free strip on the top of the smartphone front, on or in which cameras, sensors and so on can be found. Now there is a lawsuit against the application of the iPhone XS and XS Max because the notch is not clearly visible in the corresponding product images. A detailed report with pictures is provided by 9to5Mac, among others in this post. It is criticized that the background images applied to product images embed the black-looking notch in the black of the image and thus make it "disappear".

It's not just the Apple Watch that seems to save lives

I already did last week reported by an Apple Watch userwho discovered a heart defect through the new ECG feature of the smart watch. Now (e.g. here) known the story of a woman who named a waterproof iPhone as her lifesaver. Because while her boat capsized, she could use it to make an emergency call. In the coverage it goes without saying that her friend's iPhone already suffered water damage while she remained intact. He will probably switch to a new model now ...

Remarkable story - we are glad you're all safe. https://t.co/ppSVttHcAV

E-cigarettes may be less harmful, but they are harmful!

In a study of users of e-cigarettes by the American Medical Association, tests with more than 5.000 test subjects showed that vaping e-cigarettes is less harmful than smoking conventional tobacco products, but is nonetheless harmful Amount of substances released into the organism. The so-called "vaping" is therefore not a safe or harmless alternative to traditional smoking, but only ensures a smaller amount of pollutants in the body. Futurezone has further information and details collected here.

Steam will soon no longer support macOS versions up to macOS 10.10 Yosemite

Let's close again with a video game theme. If you still have a Mac with macOS 10.10 Yosemite or an older version of the Mac operating system from Apple, you will soon no longer be able to play so much! Like among other things at this point reported, the Valve platform "Steam" will discontinue support for the OS versions in the coming month. In detail it says in the original:

Specifically, Valve says that Steam will stop working with macOS versions 10.7 (“Lion”), 10.8 (“Mountain Lion”), 10.9 (“Mavericks”) and 10.10 (“Yosemite”). With this change, Steam will no longer run on those versions of macOS and users who wish to play any purchased games will need to update to at least macOS 10.11 El Capitan.

In this sense: Merry Christmas, happy tree festival, contemplative Yule festival, beautiful winter solstice or whatever you are celebrating! :)