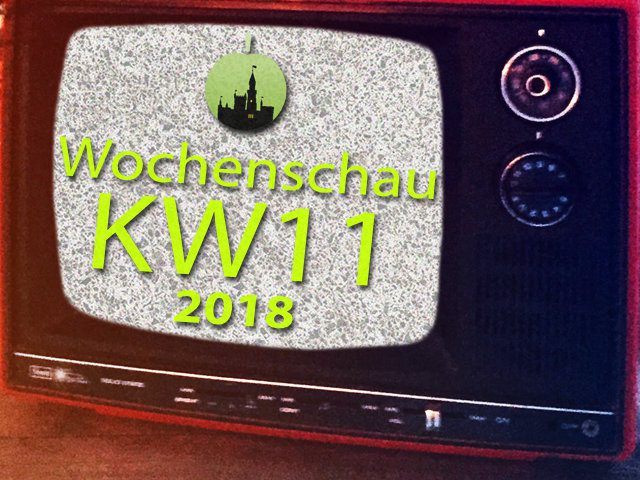 TGIF; And so it is time for the Sir Apfelot newsreel again. In this weekly recap, I'm going to show you Apple and tech news that I've seen particularly well over the past seven days. In today's post for calendar week 11 of 2018 there are reports on Apple bargains at Cyberport, Apple WWDC18, Amazon and Google innovations as well as hackers and other security topics. So again a colorful bouquet of messages;) 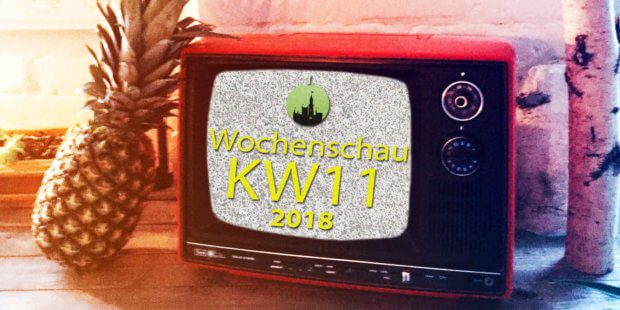 The Sir Apfelot Wochenschau for calendar week 11 2018 is about Apple hacking, free video games from Twitch Prime, SpaceX, Google Home and much more!

The Apple MacBook Pro 13,3″ with Retina display from 2017 with an i5 processor, 2,3GHz, 8GB of RAM, 256GB of hard disk space and Intel Iris Plus Graphics 640 has a recommended retail price of EUR 1.749. With the current technology offers from Cyberport called Cyberdeals you get the small mobile computer Cupertino for EUR 1.519. You can find more details about the weekly new cyber deals and the action link to the offer page here in the main post on the topic.

As already reported in a short report yesterday, Apple has now confirmed the anticipated period of June 4th to 8th, 2018 for this year's World Wide Developers Conference. The start of the event will certainly be an exciting one again Keynote make, on which innovations around the individual operating systems iOS, macOS, tvOS and watchOS are announced. All previous rumors, guesses and facts about the Apple WWDC 2018 I have summarized here.

Apple WWDC18 in San Jose will take place June 4-8, 2018. Details and rumors about the conference can be found in the main article linked above;)

If you often work on a current MacBook, MacBook Pro or MacBook Air from Apple and use the built-in keyboard, you may be aware of some problems with the same. Compared to previous models, it doesn't have the best writing experience - and breadcrumbs and other solids can quickly cause keys to jam and jam. Eating on a mobile Mac is therefore not necessarily recommended. A new patent such as iFun is supposed to remedy this berichtet. The drawing shows, among other things, how the MacBook key can be protected from blocking and, moreover, from water damage in this patent application.

At the PWN2OWN event, which is a kind of race between hackers who infiltrate various systems and thus reveal weaknesses, two German participants were able to win on the first day. One of them was Samuel Groß, who exploited a vulnerability in the Safari web browser to take over a MacBook and, among other things, to leave a message on the touch bar. The prize money for the hack: $ 65.000. Here is a video on the topic and the other participants on the first day of the event:

Mini-film about the SpaceX test by Falcon Heavy and Starman

SpaceX, the ambitious space company of technology visionary Elon Musk, has published a mini-film on YouTube about testing the Falcon Heavy and the Starman. Underlaid with music by David Bowie, it not only shows the car shot into space, including the driver dummy (which always reminds me of the beginning of Heavy Metal reminded) and in the end the perfect synchronized landing of the two side boosters, but also the loss of the center booster due to a crash. Check it out; they are impressive pictures:

Whats your name berichtet, the second version of the Deckset presentation app is not available in the Mac App Store. The developers of the software were dissatisfied with the low price flexibility within the Apple platform and, above all, with the time-consuming installation of updates. The download or purchase options for the Deckset 2 app is available on the Developer website continued - not only a step for more developer freedom, but also a statement against the Mac App Store by software manufacturers who had offered their program there from the beginning. The first version is still there in the store to have for 32,99 EUR.

Let's stay briefly with two negative reports about Apple before we turn to a few positive developments at Amazon Prime, Twitch and Google Home. Because on the one hand reported Golem recently that an Apple file reveals directory contents on web servers. Specifically, these are the .DS_Store files, as detailed in the report. The files used since 1999 are probably present in every folder and provide information on extensive Finder-Data. More than 10.000 websites are also said to disclose information about directory content. Details can be found in the Golem post, which is quite worth reading and insightful.

The second message regarding Apple hacking concerns the iPhone. How MacRumors in relation to the MalwareBytes blog reports, images of the so-called GrayKey box have emerged, which officials (at least in the USA) use to crack the access code to the Apple smartphone. The box has two Lightning connectors through which iPhones are infected with software, which then works on the device until the security key can be issued. Depending on the length and complexity, this can take seconds to days, but should also work with the iPhone X and the latest iOS.

Now let's move on to more positive news. If you have subscribed to Amazon and Twitch Prime, you will be able to download video games for free in the future. These can still be played after the subscription has ended. The strategy game "Shadow Tactics", which was created in Germany, is to be launched in combination with other indie titles, reports, among other things, Golem. Incidentally, the program for the free distribution of games by the Amazon subsidiary Twitch is called "Free Games with Prime" and has become official featured on the Twitch blog.

Finally, a message about the smart home helper called Google Home. The speaker-microphone combination for Google use, app retrieval and smart home control will be able to learn more routines in the future. For example, the command “Good morning” should be assigned individual actions by the user - such as raising the shutters, starting the radio, switching off the “do not disturb” mode on the smartphone and so on. (I personally get the weather presented on "Guten Morgen" and the latest news from some stations.) In the future, this extension of Google routines will initially only be accessible to users in the USA, and later on in Germany too reports iFun.

What do you say?

Do you still have the latest news from Apple and technology? Then leave it in the form of a comment including a (reputable) source! Otherwise: Have a nice weekend! ;)