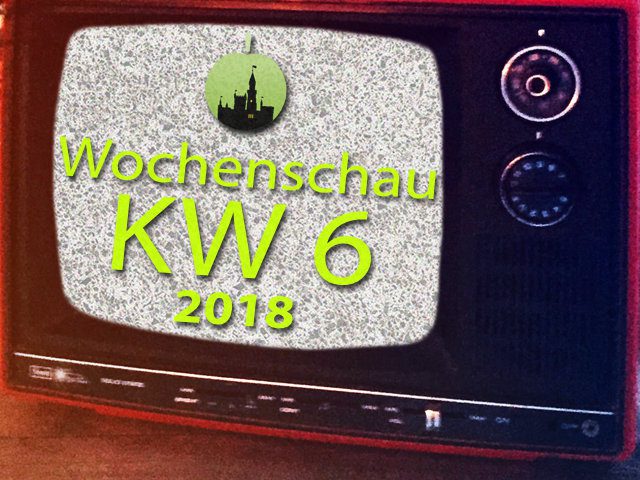 It's Friday again, so it's time for the Sir Apfelot newsreel. Today, February 9, 2018, you will receive the Apple and tech news that I noticed especially in week 6. The current Cyberport Cyberdeals, the Apple HomePod in the test, the allegedly harmless leak of the iOS source code, family-friendly series for Apple TV and illegally operating apps in the App Store as well as reports on the iPhone, about a fake Apple Store in Beijing and news about a new one Nintendo app for iOS on the iPhone and iPad - I would like to bring all of this closer to you in the following. 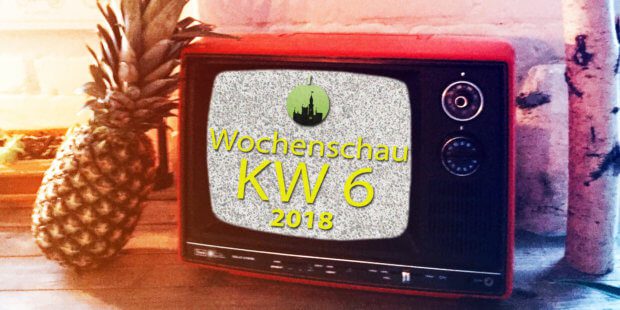 The Sir Apfelot weekly newsreel for calendar week 6 2018 brings you Apple and tech news that caught my eye this week in particular.

At Cyberport Cyberdeals there are new technology offers with discounts every Thursday. You can often save quite a bit here compared to the recommended retail price. As an authorized Apple dealer, Cyberport also repeatedly offers devices from Cupertino cheaper. This week, therefore, these two devices have been reduced:

You can find a further overview of the various offers in the retailer's cyberdeals as well as the link to the campaign page in this post.

There is a new tech podcast that already received high-profile visits from a former Apple employee in the second episode. Bob Burrough, who worked at Apple as a software manager from 2 to 2007, was a guest in episode 2014 of The Menu Bar. If you speak English and can spare around 80 minutes, then click here once. In the conversation there are impressions about working at Apple as well as information about changes in the structures and hierarchies after the death of Steve Jobs and the dismissal of Scott Forstall. Of course, there are also anecdotes and stories about Jobs and the era he shaped. Check it out, it's interesting!

Apple HomePod in the test: people are enthusiastic about the sound

The Apple HomePod is a smart speaker with Siri voice control and voice assistance. Of course, there are also criticisms of this Apple device, such as the fact that the HomePod can only access Apple Music and is therefore relatively unusable for Spotify users. Siri is also not the smartest AI assistance on the market in all respects. Nevertheless, the Apple HomePod test reveals a decisive difference to Google Home or Amazon Echo: the sound. Even when compared to Sonos and other speaker systems, the HomePod ranks high if not at the top of the list. Some impressions provides this post by MacRumors. Information and visual impressions are available from The Verge with this video:

Additional info: Like Eddy Cue at an event set out, the smart speaker from Apple not only adapts its sound to the location in the room, but also with every song. This means that the EQ of the loudspeaker should ensure the optimal sound song for song - so it's no wonder that the test reports report so positively about the sound quality.

Apple puts it into perspective: leaked source code is out of date

Various media reported that the iOS source code for Apple's mobile devices such as the iPhone, iPad and iPod Touch would be offered for download on GitHub. It was often said that hackers could now prepare themselves better for attacks or carry them out in a more complex and aggressive manner. Apple has now put these reports and assumptions into perspective with an official statement, including among others CNET reports. For example, the iOS source code is from the now outdated iOS 9, which has long been replaced by new versions (currently: iOS 11). In addition, the mobile operating system is already very secure from the outset - so the publication of the old code is hardly a risk.

Apple wants to expand its media offering and is therefore diligently adapting series. The company from Cupertino wanted to revive a hit from the 80s called “Amazing Stories” as its first own production. The series, which ran on US television between 1985 and 1987, won several Emmys at the time. Like “Black Mirror” today, each episode focused on a different, independent topic - as did “Tales from the Crypt” or “Twilight Zone”. Brian Fuller was brought into the team in 2015 as the show runner for the new edition (actually on NBC); but now he has left it again due to creative differences. He probably wanted to make the series too gloomy - Apple, on the other hand, would like to appeal to a wider audience with family-friendly content in the future. I wonder why Fuller has been kept on the team so far, he's for his own Hannibal series known: D (Source)

At the Apple September Keynote 2017, the new one was Apple TV 4KBox presented. A lot of new content was announced at the same time; Among other things, a news section in which you can select different news programs and channels. At least in the USA, this possibility of obtaining information has now arrived, like 9To5Mac reported. From CBS News to CNN to FOX NEWS or Bloomberg, some news can be called up - and even live. You can also instruct Siri on the Apple TV with the latest tvOS to open the app of a certain network - for example with "Play CNN from".

NYPD switches from Windows Phone to iPhone 7 (Plus)

The New York Police Department (NYPD) is currently upgrading its officers with regard to mobile communication devices. While smartphones with a mobile Windows version have been used up to now, iPhones of the 7 and 7 Plus models will be used in the future. Around 600 devices per day are to be brought to the women and men in uniform, like New York Daily News reported. First the units in Manhattan are equipped, then those in Brooklyn and Queens and so on. The change should bring many new possibilities - faster forwarding of 911 emergency calls, faster personal checks, video transmission in real time and more.

Last week, in the Sir Apfelot newsreel of week 5, I already had the opportunity for new Apple devices shown in 2018. Now there is new news from the supplier circles concerning the iPhone and the new iPhones in 2018. How different media related to ETNews and The korean herald have reported, for example, all three iPhones are said to have Face ID, which also means full front displays and the absence of the home button. In the article by ETNews (you can make it understandable with the Google translator), suppliers such as LG Innotek and Infineon are also mentioned. In addition, the face recognition for the models is to be revised and improved again in 2019 (no typo).

Qualcomm will likely be let out altogether

In other reports there are already more details about the iPhone models in 2018. Among other things, these models are expected, which should rely primarily on Intel and no longer on Qualcomm for third-party chips (Source):

Before the edifying Nintendo news, we come to two reports that deal with illegal machinations in the Apple orbit. In Beijing, for example, a fake “Apple Service Center” was picked up and fined the equivalent of around 43.000 US dollars. In addition to the fact that the shop was not authorized (by Apple), counterfeit goods were also sold there. With reference to The Mirror newspaper, among other things scmp.com reported on the case.

The second story deals with the Telegram Messenger app. This was recently Apple's for some time banned from the App Storeso that iOS users could no longer download and install them. In response to complaints, the developers pointed to Apple as the culprit. The reasons for removing the application initially remained unknown. It was later revealed that the App Store team had been alerted about the app for distributing illegal content, namely child pornography.

By March 2019 there should be a new, long overdue app from Nintendo that is requested by fans of the game: Mario Kart.Details on the adaptation of the racing game, which was first published on the SNES and started its triumphant advance with the Nintendo 64 version, are not yet known. However, the iOS app “Mario Kart Tour” for iPhone and iPad should be on the market by March 2019. Maybe there is already a preview at the Apple September Keynote 2018. Who knows ... By the way, here is the official tweet on the subject at the end:

The checkered flag has been raised and the finish line is near. A new mobile application is now in development: Mario Kart Tour! #MarioKartTour Releasing in the fiscal year ending in March 2019. pic.twitter.com/8GIyR7ZM4z