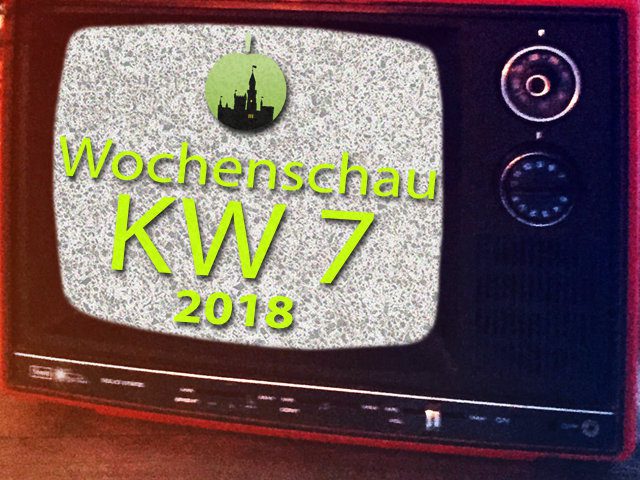 Another working week is over (for most of them) and of course it is time for the Sir Apfelot newsreel. In the Apple and Tech News, which caught my eye in calendar week 7 of 2018, there is again a colorful bouquet of messages: Facebook and spam SMS; Google trains IT support online; Instagram now warns users about screenshots; the much-acclaimed Apple HomePod has one major drawback; Macphun is now officially a Skylum; and the Apple operating systems don't like to speak Telugu. Do you still have exciting news and a suitable (reputable) source? Then leave it all as a comment;) 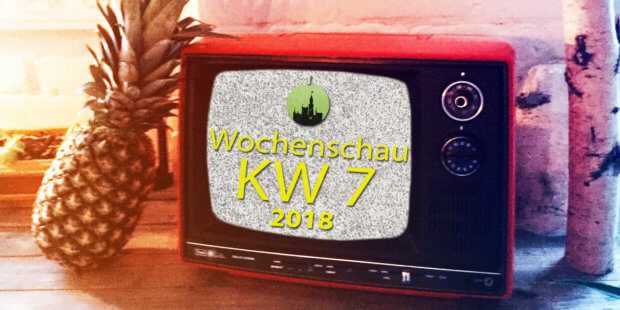 App developers as well as your possibility of getting a Google IT Support Professional Certificate." width="620″ height="310″ /> The Sir Apfelot Wochenschau of week 7 in 2018 again offers you numerous reports about Apple and the corresponding hardware - and software, to app developers, and your ability to get a Google IT Support Professional Certificate.

In the current Cyberport Cyberdeals, where there are new technology offers with discounts every Thursday, an Apple MacBook Pro is currently on offer. Instead of the usual 1.999 euros, the macOS mobile computer with a 13,3 ”display is available for 1.719 euros. The model is from 2017 and has an Intel i5 CPU with 3,1 GHz. The main memory amounts to 8GB RAM and the internal memory measures 256GB. The model also has a touch bar; the retina display has a resolution of 2.560 x 1.600 pixels. Details about the Cyberport Cyberdeals and the action link to the technology deals is there at this point.

The two-factor login to Facebook is actually supposed to make the individual user's account more secure. But now there is the accusation that Facebook uses the stored mobile phone number to send spam SMS to the same. The messages probably contain information on new status reports from contacts and similar updates on the procedure on the social media page. Similar to usual e-mails, Facebook apparently wants to lure users back to the page who have not been logged in for a long time. More information on the topic has the iPhone ticker. Tip on the topic: Digital detox ;)

Google's online course for the "Google IT Support Professional Certificate"

In the future, Google will certify IT specialists who have successfully participated in an online course offered by Coursera. The goal is to train individuals to become an entry-level IT support specialist in eight to twelve months. With the certificate issued at the end, graduates (in the USA) can apply to various partner companies as well as to Google themselves. The aim is to fill around 150.000 vacancies in this area. The cost of the course is $ 49 per month, there are grants for people in need - but these must be applied for by Tuesday, February 20, 2018. You can get all information about the program at https://www.coursera.org/specializations/google-it-support and in the video:

Coconut battery is a free macOS and iOS app that helps you monitor battery performance and related data. I already had some information for you a year ago collected here. In an updated version, Coconut now offers the display of data that revolve around the life of the installed battery. Where is the average temperature and the maximum or minimum working temperature? How long has the battery been working (in hours and days) and when was it made? This and other data can be read out and incorporated into the evaluation. Details on the update are provided by ifun, among others in this post.

The pictures app Instagram offers so-called story functions, thanks to which you can put pictures online for 24 hours and make them visible to other users. The system is from Snapchat and has long since found its way into Facebook, WhatsApp and Co. Instagram, however, has now introduced an innovation for user protection: if a viewer takes a screenshot while looking at an Insta story, the creator receives a message. The update is communicated to the users as a message and they are warned in advance: "Next time you take a screenshot or screen recording, the person who posted the story will be able to see.“, So reported among other things OnlineMarketing.de.

Macphun is a software developer who mainly brings graphics applications to the market for Apple systems. The best known right now is probably the image processing software Luminar 2018, in this post as well as badly discussed in the comments below. With this and other software, however, the app forge left the Apple bubble and developed the current Luminar version not only for macOS on the Apple Mac, iMac and MacBook, but also for Windows computers. This made the name Macphun obsolete, which is why the name was changed to Skylum within the last few months. According to one official blog post on the topic the "conversion" is now fully completed. All Skylum apps for iPhone, iPad and Mac you can find here.

While in South Korea the Olympic wintergames will be held, as owners of the Apple HomePod loudspeaker can punch their very own rings on wooden furniture with Siri voice assistance. Because I still have you last week of the positive reviews due to the good sound quality of the device reports, there are now many negative reports: the silicone ring, which serves as a base for the HomePod, causes unsightly white rings on oiled or waxed wooden surfaces. According to Apple, these are "completely normal" with the material used and will disappear again. But they don't. For many the only solution: sand down furniture and re-oil.

A report with photos GameStar delivers. MacRumors meanwhile reports that the Sonos One loudspeaker makes the problem arise as well. This is particularly tricky because the devices should stand on a solid surface, which could penalize putting a cloth underneath with sound losses. Alternatively, you could also put them on an extra board, on a metal plate or the like - if it fits into the apartment design. Heise provides a solution with a wink with a news update to the "HomePod Socks" ;) Let's see whether Apple continues to stick to the “completely normal” opinion or whether it will really offer protective accessories soon. In any case, the problem does not result in a better reputation iPhone brake and Co….

Telugu is a language that occurs mainly in India and has quite complex characters. This has recently also been noticed by users of Macs, iPhones and iPads whose devices could not cope with a certain character from this font. The error was not just due to an incorrect or missing display, but to the fact that the systems and devices sometimes completely freeze or the apps used (iMessage, Safari, etc.) crashed. Not only those who enter this symbol themselves, but also whoever receives it, their iPhone, Mac and Co. can be affected. At Heise you can find details on the topic and also to the update, which should solve the problem.

Have a nice weekend!