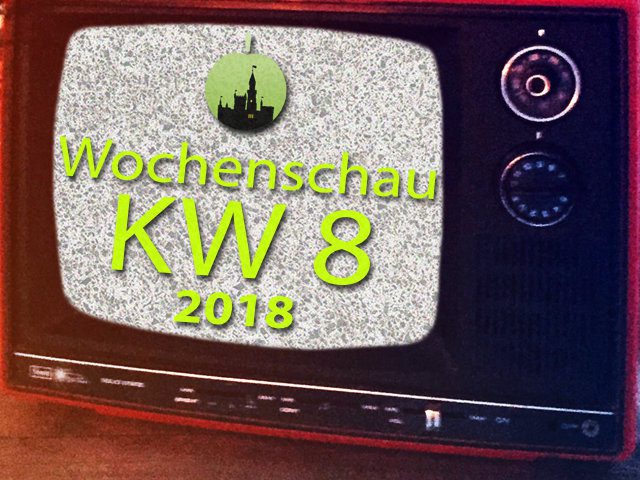 At the end of the week, it's time again to recap the Apple and tech news that I've particularly noticed over the past few days. As part of today's Sir Apfelot weekly newsreel for calendar week 8 in 2018, in addition to the current Cyberport Cyberdeals, an update from Apple is also about Telugu bug to fix to Nokia's collapsed health division, to iOS 12, the rights to the colorful Apple logo from 1977 and a lot more. If you can still contribute exciting nerd news, please do so including a (reputable) source in the comments;) 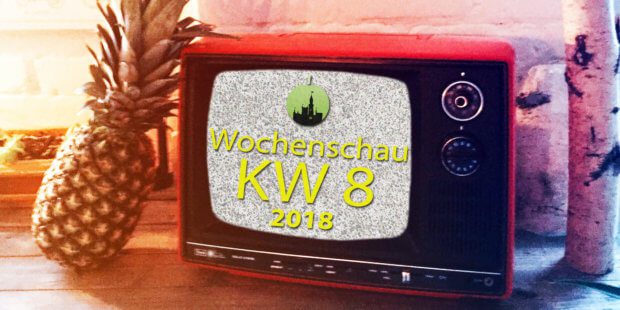 In this week's Sir Apfelot Wochenschau there is news about Apple WWDC, the fix for the Telugu bug, Cobalt, the health division of Nokia and much more.

As part of the Cyberport Cyberdeals, there are always cheap offers from the technology sector at authorized Apple dealers. Since there are no Apple devices this time, I don't want to bother with them any further. However, the height and angle adjustable HP Value monitor with 24-inch display for 119 EUR instead of 179 EUR could be a good accessory for your Mac, iMac or MacBook. The overview page for the cyber deals with the action link to all this week's bargains you can find here.

As already explained last week, Telugu is a language from India. With her sometimes complex characters she has now kept Apple devices in check. A certain character caused programs to crash and other errors. The problem should now be fixed with iOS 11.2.5, watchOS 4.3.2, tvOS 11.2.6 and macOS 10.13.3. The App Store on my MacBook has already recommended the update to me:

Here in the blog I already have a little bit about him Date of WWDC 2018 rumored. Now the period from June 4th to 8th seems to be confirmed more and more. Like the iPhone ticker, among others is reported, Apple’s annual World Wide Developers Conference with the launch of iOS 12 for iPhone, iPad and iPod Touch could take place just then. The article also refers to the calendar of events at the McEnery Center, the chosen venue for the conference and June keynote.

Apple wants to secure rights to the 1977 logo for clothing

Let's stay with Apple for a moment before we drift into other realms. Like MacRumors at this point writes, the company from Cupertino wants to secure the trademark rights to the Apple logo from 1977 again. This is the first stylized apple with a leaf to have a bite (“byte”). This was quite colorful, so that the official description of the logo reads as follows:

An apple with a bite removed, with a detached leaf in green, and the apple divided into horizontal colored segments of the following colors (from top to bottom): green, yellow, orange, red, violet and blue.

According to the trademark application, the logo is to be secured for use on hats and caps. Like t-shirts with the corresponding logo, these should certainly also be in the visitor center of the Apple Park sold. By the way: In the MacRumors article you will also find the very first Apple logo, which was much more complicated and therefore less attractive.

Nokia: Health division (formerly Withings) has come to an end

The Finnish company Nokia, once a pioneer in the mobile phone sector, is still active in mobile communications today, once took over the French developer and manufacturer Withings. As a result, the own division for health and health gadgets was expanded. With a short and not really meaningful press release, Nokia already announced changes in the digital health business on February 15th announced. Now a memo has been published which was sent out to the Nokia employees. It said, "Right now we don't see a way for [the digital health business] to become a significant part of a company as big as Nokia." It also addressed the division's poor growth. Because full wording can be found at The Verge.

The memo also shows that Nokia intends to focus more on business-to-business (B2B) solutions in the future. The focus is on the development of the 5G mobile communications standard and Internet of Things (IoT) technologies. Anyone who has previously toyed with the idea of ​​buying smart health gadgets from Nokia is recommended to use the devices from PICOOC as an alternative. For example, the smart scales come with an iPhone app and can also be synchronized with the corresponding applications using Apple's HealthKit.

Yummy FTP Pro is useful software for managing data transfers via File Transfer Protocol. Especially those who manage servers in the professional sector and are looking for a client for FTP / S +, SFTP, WebDAV / S should take a look at the app. After a whopping 14 years, this has now been upgraded to a second paid upgrade. The current version of Yummy FTP Pro costs $ 29,99, like you on the developer side can see. As an upgrade of the old version, you can get it initially with a 50% discount. The first version is currently still available free in the Mac App Store. Version 2 brings you better operation, a new look (also optimized for retina displays), and so on. How you can upgrade, that is on the official blog.

Finally, let's come back to the big apple company: Apple apparently wants to conclude cobalt supply contracts directly with the relevant producers in order to secure the valuable, but increasingly rare raw material. It is required for the iPhone, iPad, Apple Watch and Co. for the construction of lithium-ion batteries, among other things. If you look at the corresponding Report from Bloomberg as well as the following integrated video, then you can already see another trend for the use and security of Cobalt on the part of Apple: electric cars. Securing the raw material through direct contracts with the mines would keep the market small for the competition and give Apple a buffer for the future for smartphones and tablets as well as for possible cars.