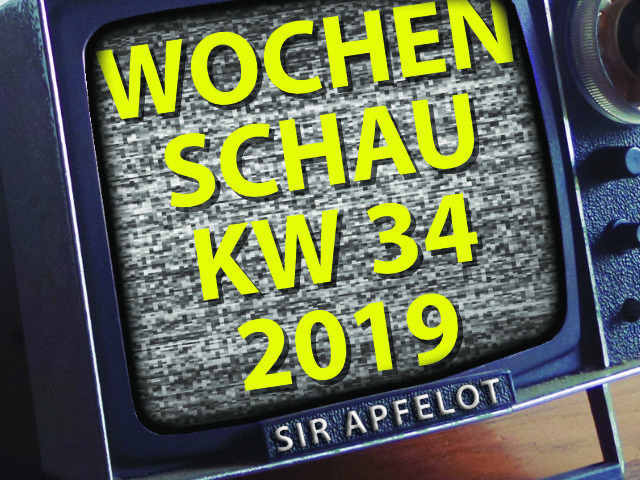 Today, Friday, another Sir Apfelot newsreel comes to you over the air. There you will find the Apple and tech news that caught my eye in calendar week 34 of 2019. This time, the following topics are included: bug-proof quantum Internet, China's propaganda on Twitter and Facebook, gaming service from Telekom, Xiaomi in Germany, important VLC update, subscription price for Apple Arcade, subscription price for Apple TV +, 2019 iPhone with USB-C charger and more.

Update: The original version of the article read "KW 33" and "Calendar week 33" - this was replaced by the correct specification of calendar weeks 34 and 34. Sorry for the confusion. 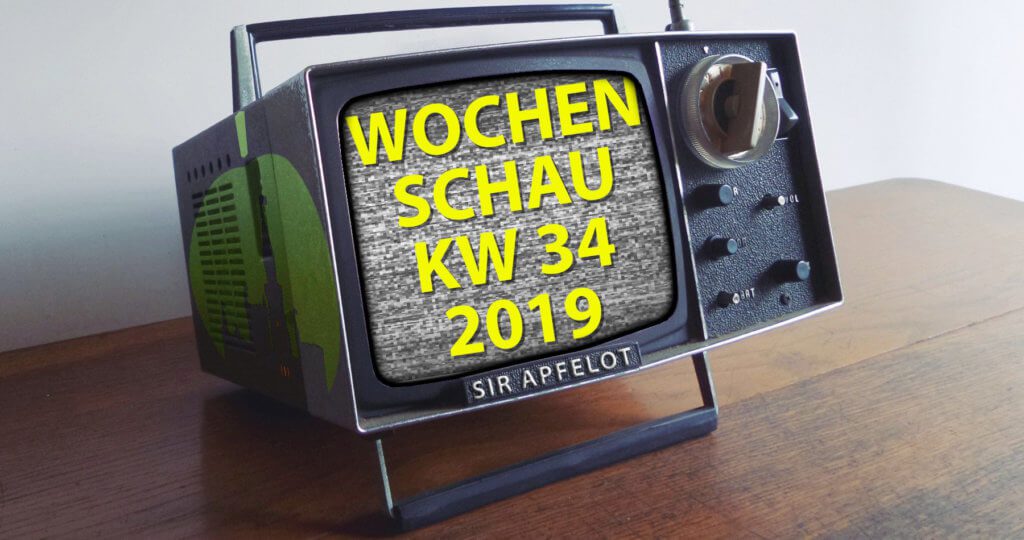 The Sir Apfelot Wochenschau for calendar week 34 in 2019 is about quantum internet, China's propaganda on Twitter and Facebook, a gaming service from Telekom, Xiaomi in Germany, an important VLC update, subscription prices for Apple Arcade and Apple TV +, the 2019 iPhone with USB-C charger and more.

Like world here. reported, there was already a fiber optic network established by physicists from Vienna last year between four participants, which was made secure using “quantum cryptographic encryption”. It is interesting to note that the quantum computers that are being developed for the future could crack the encryption currently used on the Internet. With the quantum internet, a possibility would have been found to carry out the data transmission safely. The developments of quantum information scientists bring problem and solution in one. Anyone interested in the technology should take a look.

According to the two social media platforms, several accounts from China should ensure political disputes, disintegration and misinformation regarding the current protests in Hong Kong. The user accounts that are said to have acted on behalf of the Chinese government have been partially deleted and partially blocked. Active action was taken against 936 accounts, another 200.000 were blocked as a precaution, schreibt the time. Several like pages and groups have also been blocked. In the aftermath, Twitter announced that it would no longer present advertisements from state media. You can find more details in the linked source.

After Google Stadia and Apple Arcade: MagentaGaming from Telekom

Like app dangers reports, Telekom now also wants to enter the gaming business under the Magenta flag. The beta test should start "shortly". At the start, users should be delighted with 100 game titles. Current thumbnails show some well-known games, but also children's games, which suggest that the offer is aimed at the whole family. By the way, registration for the closed beta starts tomorrow, August 24, 2019, at 9:00 a.m. - You can find this and other information on the official website for the service: https://magenta-gaming.telekom-dienste.de.

Official launch of Xiaomi in Germany

Xiaomi has now officially ventured to Germany, especially for the smartphone and fitness tracker market - not a bad time, since things are going downhill with Huawei without Android. Like the specialist magazine t3n berichtet, the smart devices from the Chinese manufacturer can now be ordered directly from Germany and no longer only from Gearbest department stores in China, Hong Kong and the EU. In addition, you can now - if you want - avoid those dealers and mobile phone providers who have also been offering Xiaomi devices in this country since 2017. According to t3n, one of the first devices that you should be able to officially buy in Germany is the Mi 9T Pro smartphone.

Like iFun at this point writes, there is now version 3.0.8 of the VLC media player for the Apple Mac. This closes some security holes, some of which are said to have been serious. Using the software for playing music, videos, streams, DVDs and the like, it should even have been possible, due to the gaps, to obtain user information, execute code with user rights and so on. Depending on the installed version, you have to plan several dozen MB for the update; for me it was 51,1 MB.

Spotify is now offering the opportunity to test its premium features for 90 days. Before it was only 30 days, and sometimes only 90 days as an action. Now the test period of the premium demo is said to have been permanently increased to around 3 months, as app risks here. shows. After the trial phase, if there is no cancellation, you can continue with a subscription for € 9,99 per month. Further information and details of the control mechanisms for family accounts are available from the linked source.

With Apple Arcade, the technology giant from Cupertino will bring another software-based service to users. Now the subscription prices for the cross-gaming offer are said to have become known. Like app dangers here. assumes it could be 5,99 euros a month; other sources are more in favor of 4,99 euros because the US market is assuming $ 4,99 - like here. at MacRumors. Since previous forecasts and rumors tended towards 9,99 euros, you can be positively surprised and certainly treat yourself to a month of paddling here and there.

And then there's another service that fan boys and girls expect. The competitive offer to Netflix and other streaming providers for films and series called Apple TV + should now also carry a price tag. How dangers to the app again at this point reported, you could expect $ 9,99, i.e. 9,99 euros in this country. Then such a subscription would be cheaper than with Netflix or other comparable providers. However, at Apple it is questionable what content will be included in addition to the self-produced films and series. In the case of app threats, the question of a bundle offer with other services (Apple Music, iCloud storage, Apple Arcade, etc.) is also asked - another interesting topic.

Some rumors attribute a USB-C port to the iPhones due for release in 2019. Others are more likely to assume that this should not come before 2020. Now condense to match - like MacRumors shows - the rumors that the Lightning connector will still be available in 2019, but that Apple will include a USB-C charger and a USB-C to Lightning cable in the scope of delivery. According to a tweet showing an anonymized chat history, this is said to have been confirmed by a high tier at Apple.

MacRumors has more iPhone rumors for the 2019 models shown here. Accordingly, there should be better break protection for the upcoming Apple smartphones. The case and its glass should last longer or withstand more. In addition, there should be an improvement in Face ID so that other viewing angles are accepted and the device can be unlocked while lying on the table, for example. New assumptions are also being made for the triple camera on the back of the devices. In the article, Bloomberg is cited as the source.

The best satellite images? Not on Google Maps or Apple Maps!

And now to finish with a fun fact from the Apple corner, which I found on the iPhone ticker (here.) opened. Samples there are said to have shown that neither Google Maps nor Apple Maps have the best - or higher-resolution - satellite photos. A note from the reader led the editors to the fact that better-lit and closer-zoomable images can be found in the “Find my iPhone” function. A possible reason given is that the function may be able to access new material before “Maps”. Another theory: to find devices, the maps should simply be more precise. Who knows…